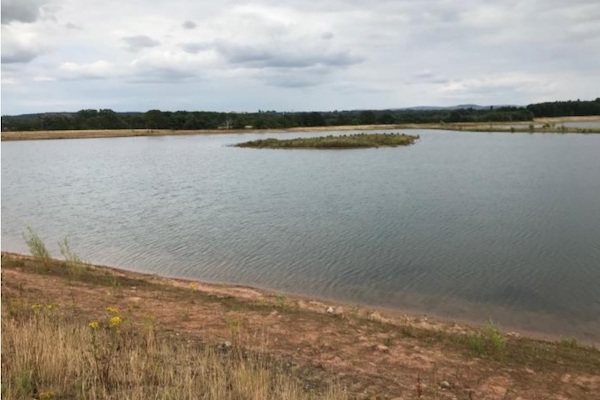 A long battle to open a watersports centre in Chelford finally appears to be over after a fifth council vote went in its favour.

Cheshire Lakes Adventure Company has been trying to open a new facility at the former Mere Farm Quarry, which closed in 2014, for the past four years.

The project was off, on, then off again following the first three Cheshire East Council votes in 2016, before a fourth committee rejection and an appeal defeat in 2017.

But the latest proposal was scaled down in size to address the only sticking point in the appeal decision, and at Wednesday’s CEC strategic planning board meeting the project was approved.

Jonathan Vose, representing Cheshire Lakes Adventure Company, said: “Following [the appeal] the applicant looked extensively for an alternative site across the north west but was not able to find a site that offered anything approaching the suitability and benefits or accessibility of the Mere Farm site.

“The inspector previously accepted that the proposed use was wholly acceptable in the green belt, she just felt that the proposed buildings were too large. We have addressed this matter directly and categorically.

“Very many residents in Chelford have expressed support for this application, and the previous ones, noting their desire to see a facility close to the village that takes people outdoors, away from computer and phone screens and enjoying the countryside and the benefits of physical activity.”

Visitors will be able to take part in wakeboarding, kayaking, open water swimming, paddle boarding or tackle an inflatable assault course at the site – which had been in line for restoration as a nature reserve under the terms agreed by the quarry’s former operators.

While all previous versions of the scheme involved both the North and South Lake at Mere Farm Quarry, the latest proposal is only for the North Lake.

It means that the scheme has reduced in size by 36% overall – while the buildings for storage, changing and medical facilities have been scaled down by 86%.

But despite the changes, Chelford parish councillor Brian Brindley insisted the scheme would go against the village’s local plan and cause a ‘significant loss of openness’.

He said: “Irrespective of the proposed changes, this development remains inappropriate for this site.

Mr Vose told the committee that the plans included environmental mitigation that had been designed ‘in conjunction with the RSPB’ to help enhance biodiversity.

However, Steve Barber, from the Cheshire and Wirral Ornithological Society, warned councillors that the activities planned would ‘be sufficient to make the North Lake untenable for most species of waterfowl’.

Opening the debate, Conservative Cllr Steve Edgar said: “I think nature is a wonderful thing when it is given a chance to recover.

“Our wildlife is under serious threat throughout Cheshire East with development – and we must start paying back and looking after it.”

But Cllr Ashley Farrall, Labour, suggested that the water park would be a good way of getting younger residents interested in the great outdoors.

He said: “I do feel this would be of great benefit for the local area – just getting kids and families outdoors and appreciating the wildlife that would be retained.

“There’s no point having that there as a natural, ecological benefit and having hardly anyone see it.”

Councillors rejected a proposal to defer making a decision so they could visit a similar facility at Delamere Forest and comparing it to Mere Farm Quarry, before approving the plans by five votes to four.