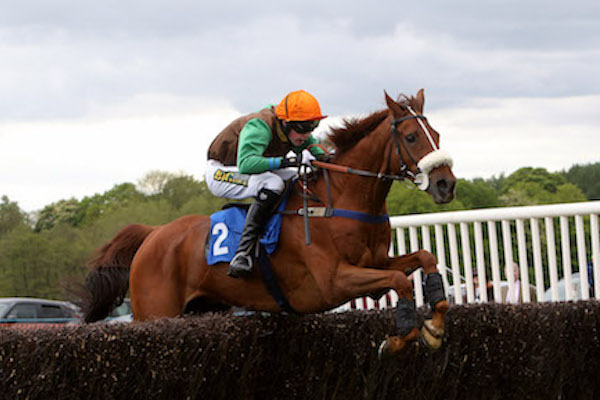 Horse racing in Britain will not resume until Wednesday 13th February at the earliest – with a decision due to be made on Monday 11th February as to whether racing can resume.

The decision to cancel all races is based on scientific advice and discussions with participants, after the British Horseracing Authority (BHA) veterinary team contacted more than 50 trainers and vets to allow it to make an informed assessment of the risk of equine influenza spreading.

The ban includes fixtures programmed by the Point-to-Point Authority, after an outbreak was confirmed to have originated fromt a yard in South Cheshire.

While the ban doesn’t currently extend past next Wednesday, there are fears over the impact of the outbreak on next month’s Cheltenham Festival – and potentially the Grand National at Aintree in April.

No further positive tests have been received, and the BHA says that at least three more days are required before it will be possible to make a decision about whether it is safe to resume racing.

The disease can take up to three days before symptoms are visible, meaning it will take until Sunday at the earliest before the experts can gather all the information required.

Reports have emerged that infected horses which raced yesterday (Wednesday 6th February) are from Donald McCain’s yard, on Bickerton Road in Cholmondeley.

In a statement to the National Trainers Federation, Mr McCain said: “We are scrupulous about observing the health of our horses in our care.

“It follows that we would never race any horses we could have known were infected.”

In its statement, the BHA said: “We are grateful to trainers and veterinarians for the rapid flow of information and feedback  we have received today.

“Because of this, we have been able to make an informed decision earlier than we expected and before we have any test results back from horses from the affected yards that travelled to the three meetings.”

It added: “Trainers support a precautionary approach and we thank them for the collaborative manner in which they have worked with us to address this unfolding situation.

“This precautionary approach is intended to ensure we put the health of the horse population and control of the virus first, and avoid any unnecessary risk that might come from returning to racing too quickly.

“We appreciate the impact that this may have on the sport commercially, but disease control in order to mitigate the risk of further disruption to the sport – and safeguard the health and welfare of our horses – must be a priority.”

A plan will be constructed for the rescheduling of key races – and those which may provide important opportunities for horses to run – which are lost during this period.

Anyone visiting a racing yard is being advised to exercise appropriate caution and to check with a trainer before visiting.

Trainers are advised to limit, where possible, the movement of people to and from their yard and to put in place appropriate biosecurity measures.

All British thoroughbreds are vaccinated against equine influenza, however cases have been seen in vaccinated horses where symptoms are usually mild and transient.

The symptoms may include a raised temperature, a cough and nasal discharge – and the disease is highly contagious.

Humans are not at risk from the virus, though it can be spread to other horse on clothes and equipment.

The BHA points out that this is a wider horse health issue, which is not confined to horse racing.

It is not compulsory for the wider horse population to be vaccinated against equine flu, and whilst the BHA is not specifically responsible for non-racehorses, the general advice to owners would be to contact your vet if you have concerns.