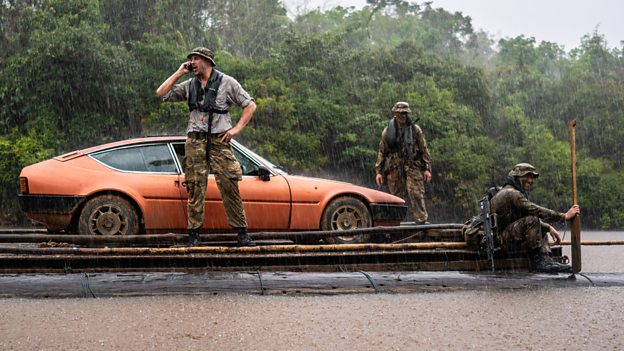 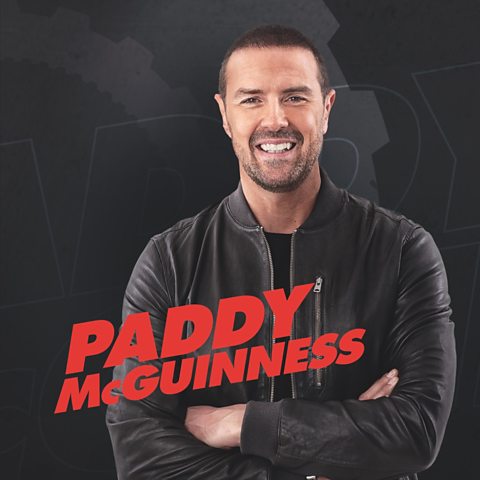 Can you talk us through the audition process for Top Gear?

When we did the screen test at the track, they made it so relaxed, it seemed easy. But I was still so happy to get the job!

What do you think Freddie and you have brought to Top Gear?

That’s a good question. Fred and I love cars, but we don’t have the same knowledge as Chris. He’s unbelievable. I sit with Chris and try and pull him up on things and catch him out, but he knows anything and everything about cars. So Fred and I are coming to it like most people who have a passion for cars, eyes wide open and finding out things as we go along. Even looking back now at the footage from Borneo, it’s just bonkers. I’m not very well travelled, as you’ll see throughout the series. So for me, this series is like an incredible voyage of discovery.

How would you characterise your approach to presenting Top Gear?

With cars, you can get swept up with brake horsepower and torque and this, that and the other. But Fred and I are coming at it more from the angle of: “But where are the coffee cup holders?” Or, “can I charge my phone up?” These are also important things to consider. Most people who buy cars go in asking: “What is the insurance? How many miles to the gallon does it do? Can I get the kids in the back?” Anything more in-depth, Chris gets involved. Anything else, Fred and I get stuck in.

What will Top Gear fans make of the new series?

If you think back to the Top Gear of old, people loved it, and they still will in my eyes. Everyone talks about the trips they did. The car was there, and they were reviewing it, but above all they were just on an adventure. People can forget that – they can get too bogged down in the techy side of things. In the end, it’s about going to different places. It’s not as full on laddy as you might think. It’s light and shade. I just want to be part of something where people will be sitting there on a Sunday night with their family and friends enjoying it, having a laugh and maybe picking up a few hints and tips along the way.

How did you achieve your on-screen chemistry so quickly?

Fred and I knew each other, but we had never hosted anything together before. On telly, you can watch people together and think: “Oh, that’s forced.” But I was so pleased that we all clicked straight away. It’s like we’d already done a few series. We had a shorthand. I was very happy about that. That was a worry beforehand. Do you get on, do you not? But we all do. So it’s been great.

Did you feel any pressure when you started this job?

No. It’s very relaxed. It’s not heavily scripted. When we got together, that’s one of the things we decided. Especially working with Chris and the crew for the first time, what’s good is that you don’t feel any pressure. It such a nice little unit. We all go away, we travel together, and we all stay in the same hotel. You kind of forget the size of the show. It’s a massive show, but I don’t feel any pressure whatsoever. Just because everyone around you is really good – it makes you feel so comfortable. When it goes out, it’ll do what it’ll do. People will have their opinions. But having seen the clips and knowing what we’ve got coming up, I feel very confident. There is a smile and a bit of charm to it. So fingers crossed, it will do well.

Is it true that before the series you were a reluctant traveller?

Yes. I didn’t like flying – although not in a Mr T way where they have to give me a glass of milk before getting on a plane! Initially, they said: “Don’t worry, you will just be filming mostly in the UK.” Then I signed the contract and they said: “Right, you’re off to Borneo now!” I said, “what?!”

So how did you deal with your fear of flying?

A month and a half before we started filming, I went to see a doctor about it. It was like hypnotherapy. It was amazing. I’ve turned a corner now. The doctor got me to think differently about it. Now I look forward to it. We get on the plane and have something to eat – and fly somewhere incredible like Ethiopia. I feel fortunate to be doing the job anyway, but also to be experiencing these places is amazing. I feel richer for it.

Did you enjoy filming in Ethiopia?

Absolutely. For my generation growing up, Live Aid, Bob Geldof and famine were all the images I had of that country. I’m not very well travelled. So I was very interested to see what it was like. The scenery is unbelievable. The roads are fantastic because it’s got so much investment from China. The roads are a pleasure to drive on, the views are beautiful, and the locals are fantastic. It’s one of those places where in ten years’ time you can see people saying: “I’ve got a chalet in Ethiopia.” It’s a stunning country.

What do you get up to in Ethiopia?

We track down our first ever cars and do things with them out there. We talk about what we got up to in them – stuff that most people can relate to, which is the beauty of what we are doing with the show. We all love cars on Top Gear, but you don’t have to be a petrol head to enjoy it.

Tell me about your experience filming Top Gear.

This is a job you would give your right arm for. Driving around the world in these fantastic cars is just great. My passport has never seen as many stamps. Portugal is about as far as I had been before. It’s amazing. We’ve got the best job in the world!