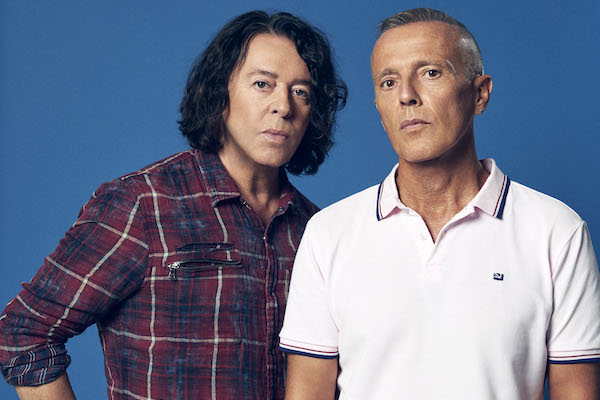 Tears For Fears have announced a special gig as part of Forest Live 2019, the summer concert series organised by the Forestry Commission.

It follows the announcement earlier in November that Paul Weller will be playing Delamere Forest in 2019.

Synth-pop pioneers Roland Orzabal and Curt Smith formed Tears For Fears back in 1981.

With breakthrough single ‘Mad World’ and further top 10 hits ‘Change’ and ‘Pale Shelter’ they ensured number one status for their debut album ‘The Hurting’.

Moving into rock and pop mainstream, follow-up album ‘Songs From The Big Chair’ propelled Tears For Fears to international recognition.

Powered by the worldwide monster hit ‘Everybody Wants To Rule The World’ and the anthemic ‘Shout’ the album remained in the charts for 81 weeks.

At the forefront of the mid-80s British music invasion of the US, success continued on both sides of the Atlantic with their platinum selling album ‘The Seeds of Love’.

Tears For Fears’ Forest Live set will include performances of a number of their classic hits.

Over 1.75 million people have attended a forest gig over the last eighteen years.

With everything required for a great night out – including good food and drink – the concerts are renowned for their informal and relaxed atmosphere set to a spectacular forest backdrop.

Money raised from ticket sales helps to look after the nation’s forests sustainably, for people to enjoy and wildlife to thrive.

Tickets are on sale now.

Tears For Fears and guests