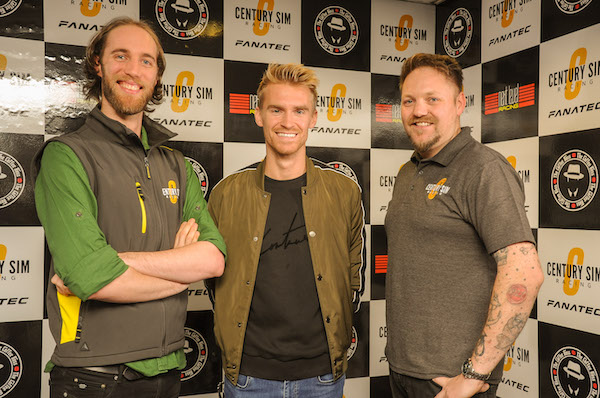 Century Sim Racing, located near Bank Quay Station in Warrington, has been fully equipped with some of the very latest in gaming technology.

Its owners hosted a special launch event recently, which gave professional racing drivers a chance to to try out the new state-of-the-art racing simulator.

Cheshire’s homegrown European Le Mans champion Oliver Webb and British rally driver Chris Ingram were among the first to try out the virtual reality technology at the new centre.

The duo competed with other guests in a bid to set Century Sim’s first ever lap record, with Webb – a British auto racing driver and 2014 European Le Mans champion – setting the pace following a blistering virtual lap time of 01:35 on the famous Silverstone racetrack.

Ingram, who is currently leading the FIA European Rally Championship and could become the first Brit in 50 years to win the title, also completed the virtual replica circuit at top speed. 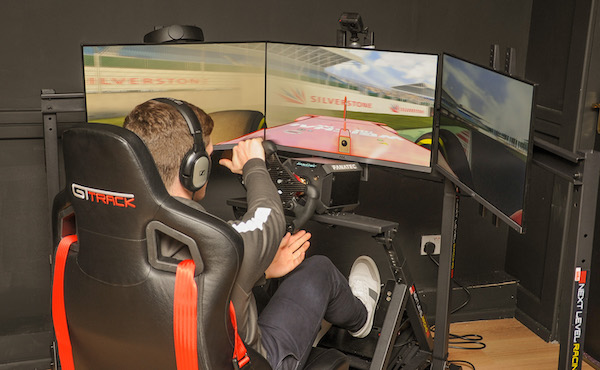 The true-to-life racing experience is one of the first of its kind in the North West and gives drivers a 180-degree view of the track thanks to three panoramic screens.

The machine also comes with the option for users to wear a virtual reality (VR) headset for an even more immersive experience.

Owners of the facility, James Whitehouse and Chris Stapleton (who both share a passion for racing and gaming) left their full-time jobs to launch the new venture.

James, commented: “We were so excited to welcome our first racers at the launch of Century Sim Racing and having Oliver and Chris there to really set the pace was fantastic for everyone.”

James explained: “The technology at Century SIM gets people as close as possible to a real racing experience and it was great to see that being put to the test at our launch night.”

The company’s interactive leader board is now live, with some pretty impressive lap times on posted already.