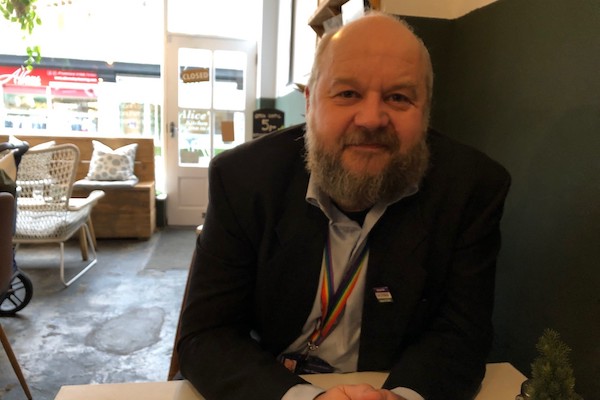 The only candidate who failed to respond to our request was Paul Bowers, standing for the Green Party in Weaver Vale, however we were able to obtain an interview via the BBC Local Democracy Reporting Service.

Please tell us a little about yourself.

It has been really good. The first thing we did was declare a climate emergency, which obviously I feel very strongly about, and I’m finding the actual scope of what has got to be done has surprised everybody – even me.

We face uniquely difficult environmental problems in west Cheshire – lots of them in Weaver Vale, related to industry.

A key part of our local economy is agriculture – how would the Green Party help rural communities tackle climate change?

So much of our farming has become inefficient through traditions and through grants that are afforded.

We really need to think of ways of feeding ourselves more productively. 55% of the agriculture we grow in Britain is to be fed to animals, to be eaten.

That just doesn’t make any sense – we can’t afford to do that, particularly on high grounds where really they should be rewilded to natural forests.

What steps can we take locally to avoid catastrophe, that the Green Party would support?

A proper housing insulation would be one of the biggest things we can do.

Alternative energy, how we build houses, how we maintain things, transport infrastructure is a huge one – deregulated bus and rail services which are integrated, that aren’t too expensive, that work for people.

There are hopes of the Northwich to Sandbach railway line being reopened for passengers – would this be something you support?

I support it absolutely. The rail network has got to be the biggest investment we have, not on vanity projects like HS2 that will be drawing so much to London, but we need to be able to travel around the north cleanly and efficiently by rail.

HS2 is ill thought through and just done for political vanity. The kind of money we are talking about – we are up to £100 billion – it would be far better spent on improving the infrastructure we have.

At the same time Northwich passengers have been let down by poor service and broken promises on the mid Cheshire rail line – what should happen to Northern?

It clearly has to be nationalised for the greater good of the whole area. One rail line does not need to make a profit, if it is cheap and effective people will use it.

We’ve seen on the East Coast Mainline, twice it has been brought back into public ownership and it makes a profit, but it can’t make a profit when it is privately owned.

Poverty has risen in the past decade – the Green Party is proposing a universal basic income, is that the right approach?

We have to look for new ways of doing things. When we have a social services system that is used as a political football it can be increased by one party and slashed by another.

But if you start from a place where we expect a universal standard for our citizens, and it is fairly distributed and fairly taxed, then it changes how we feel about the whole system and it gives people opportunity without stigma and without judgement.

Is it right that even the richest people in our society should be entitled to that money though?

If you give a millionaire UBI the flipside is they will also be getting taxed more on bands higher up, so we will be taxing the rich higher.

But they might feel more at ease in the society they live in knowing that their good fortune is helping others.

The NHS has been hit by funding cuts over the past decade, and A&E performance hit a new low this month. How can this be turned around?

Obviously it needs funding properly, that is absolutely a fact, but we need to take a look.

So many of our problems with mental health come with a lack of opportunity to be with nature – which I know sounds hippy-ish but all the studies show that the more you are out there the better you feel.

Plus our working conditions – people on zero hours contracts, under enormous stress, people on well paid with enormous mortgages.

So much of it is how we live, so absolutely it has to be funded properly, but we have to be looking at our wellbeing – instead of measuring our economic output, we should measure our wellbeing as a society.

The Green Party wants a second referendum and to remain in the EU – why is that the right answer, and could it cause more Brexit division?

If there is a vote to leave again the Green Party would respect that and we would have to get on with it.

Being part of a union of 27 countries means you can get so much more done – climate change doesn’t respect borders, we have to work with everybody we can.

It’s hard for anybody to argue that we don’t know more about Brexit now than we did then. It’s a binary question that has a million answers. Now we would have a deal, against remain, that would be a far more democratic vote.

But there’s no magic wand. The damage the referendum has done is deeply set. My hope would be that we all take the climate emergency seriously and that unites us, because it affects everybody.

All political parties are keen to combat climate change in this election – why should people vote Green?

The great thing is how far up the agenda the environment has got for all political parties.

They all feel they have to have policies now, which is great improvement on previous governments, but still a long way from where they need to be to negate climate change and save ourselves.

The figures that we use so readily is the Paris climate accord, trying to avoid 1.5 degrees increase in temperature, which is an enormous task to do – and even getting there gives us just a 50-50 chance.

So we are blindly heading into catastrophe. It can be reversed but it has to be enormous action, not just gestures.

Whatever part of the political spectrum you are on, there are millions of votes that go unrepresented.

So it’s vital – even in the system we have got – a Green vote is not a wasted vote because it has influence on other parties.