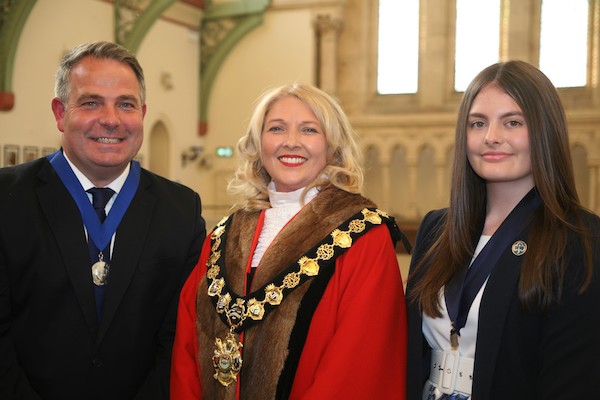 Cllr Holland was elected as mayor of Congleton on Thursday 23rd May, and was preceded by Cllr Suzie Akers Smith.

Sally Ann’s husband, Dave Holland will be her consort, and 14-year old Eloise Williams from Congleton West Ranger Unit will be the mayoral cadet.

Rev Andrew Lindley, who preaches at Rude Lane Methodist Chapel and Wellspring Church (and was the founder of Congleton Street Pastors) will be Cllr Holland’s chaplain for the year.

Cllr Denis Murphy was elected as deputy mayor for the year, he appointed Joan Myatt as his consort.

Sally Ann grew up in Congleton, and has been a Congleton town councillor since 2003.

1. Tell us a little about yourself

My name is Sally Ann Holland and this will be the second time I have been invested as mayor, the first time being back in 2012/13. I have been a Congleton Town Councillor since 2003 and have gathered a wealth of knowledge over the years.

I am married to David and have two teenage children. Prior to starting a family I worked for an international airline where I was a cabin service director.

2. What are you most looking forward to in your term as mayor?

I am certainly looking forward to representing Congleton, the town where I grew up.

It is a great privilege to be asked to commit to such a role and I am excited about meeting all the wonderful organisations here in our little town with a big heart that make Congleton such a wonderful place to live.

3. Which local causes will you be supporting during your time as mayor?

Visyon offer help and reassurance to young people who are suffering with all manner of issues relating to mental wellbeing and anxiety.

With the pressures that young people are under in our modern and fast paced society it is crucial that young people receive early intervention in an environment that feels proportionate to their needs and this is what Visyon can offer.

I believe it is vital that if we take care of issues early on then the impact will be lessened later in life.

League of Friends for Congleton and Macclesfield Hospitals

League of Friends for Congleton and Macclesfield Hospitals is a local organisation that raises funds to help support the little things that these two fantastic hospitals and their stretched budgets may not be able to aspire to otherwise.

4. What is the best thing about your town / area?

I have to say that the best thing about Congleton is its friendly people, they are always happy to help and welcome strangers with open arms.

They are extremely charitable and for that reason great community spirit abounds.

5. What else do you have planned for this year?

In addition to the many events I shall be attending as mayor I also have lots of  fundraising events that I will be organising myself throughout the year.

These include various social events to raise funds such as ‘Afternoon Tea with the Mayor’, a school calendar initiative which will be sponsored by local businesses, a three hill challenge to get people out in the open air whilst raising charity funds, various raffles (including a large 29 inch Teddy Bear Mayor Bear), a Mayor’s charity ball scheduled for May 2020 and much, much more. 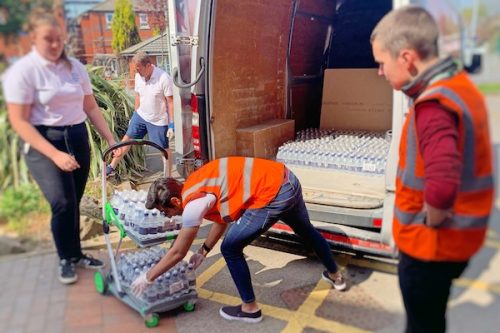 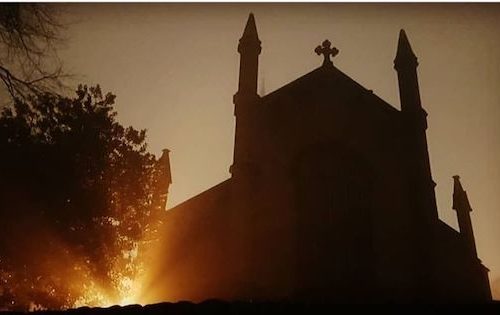