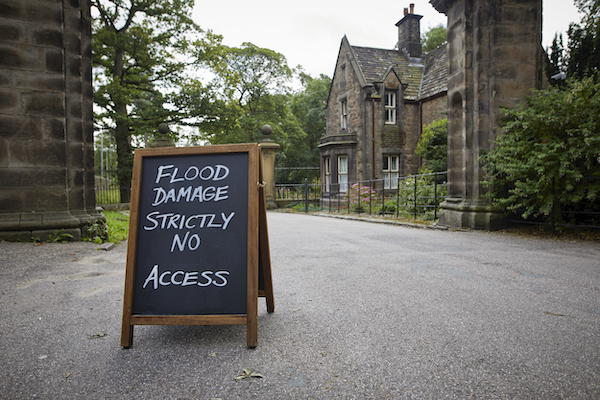 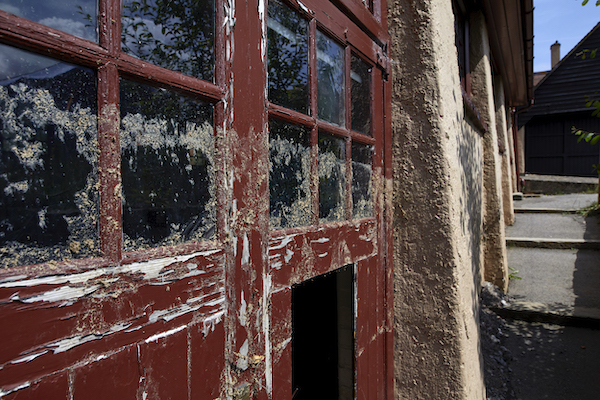 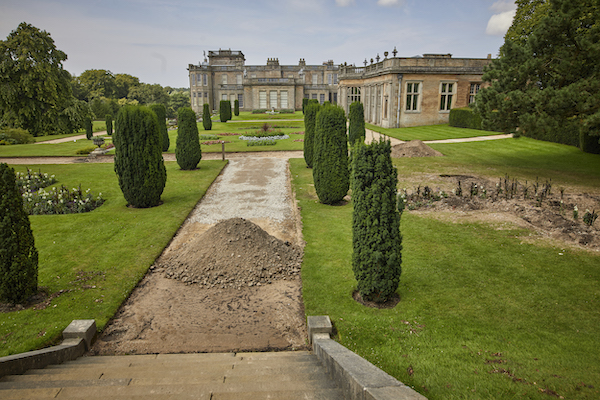 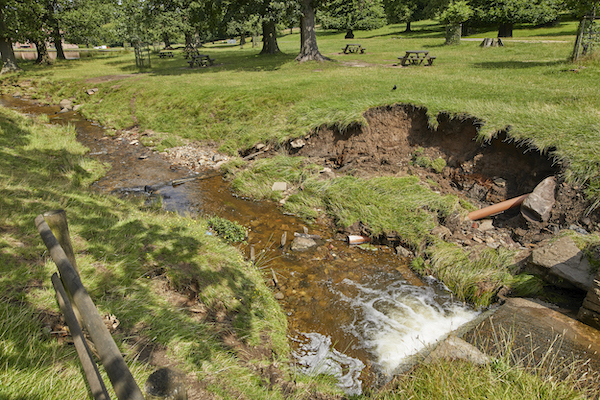 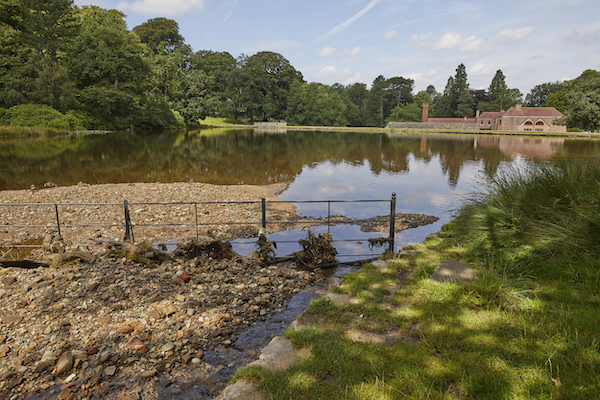 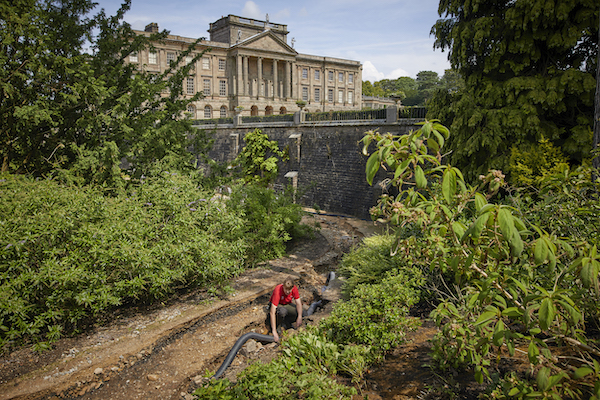 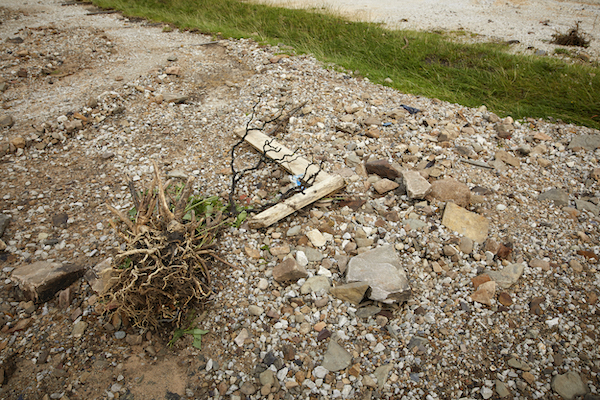 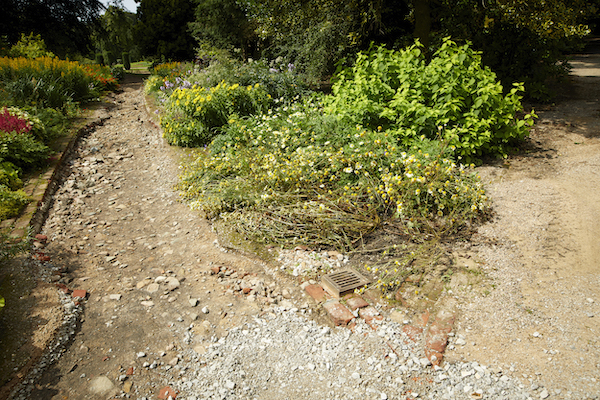 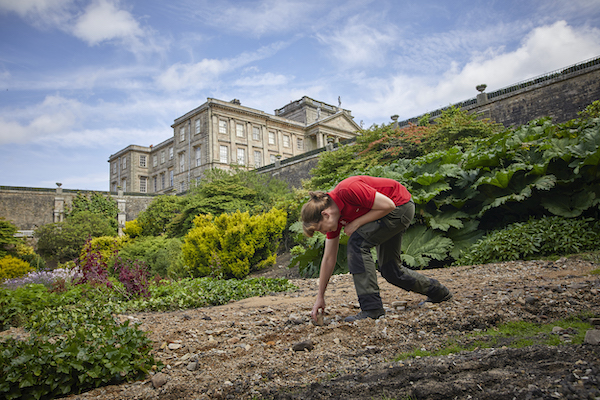 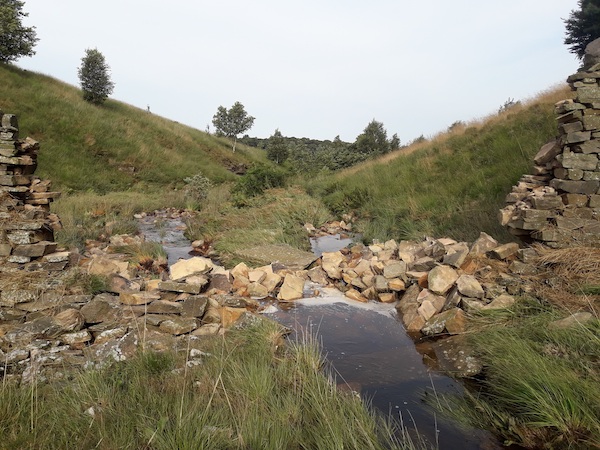 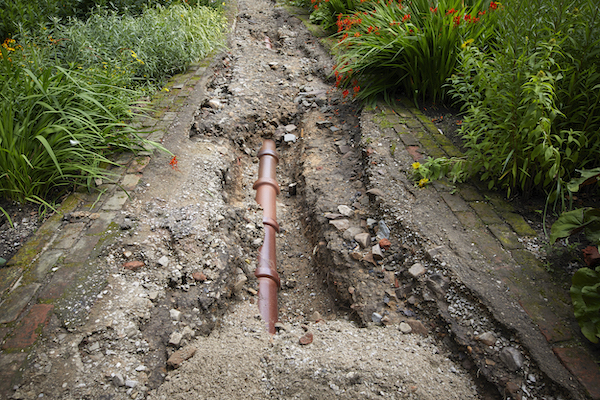 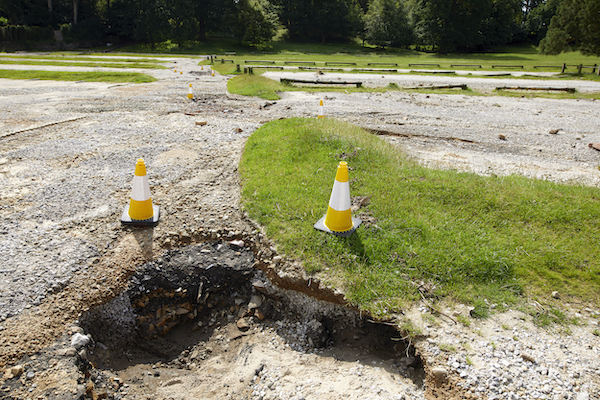 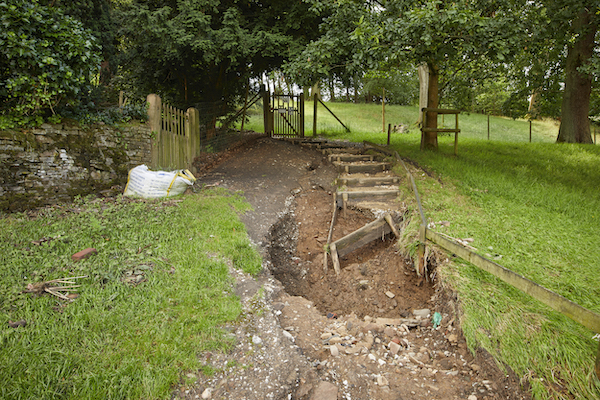 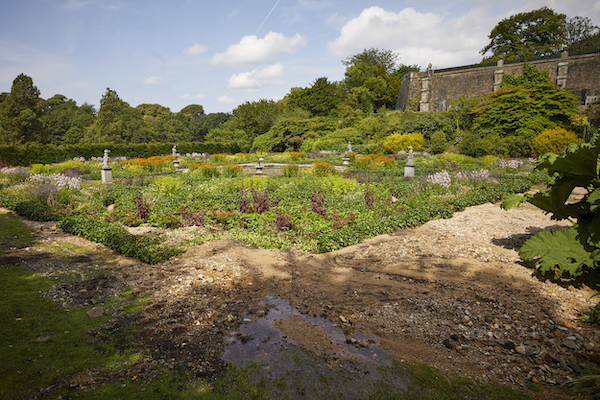 Lyme Park was closed for almost two weeks at the beginning of this month, after the estate had to be evacuated during heavy rainfall on Wednesday 31st July.

Flood waters rushed through several areas of the estate – in particular the formal gardens, car park and parts of the timber yard.

National Trust staff and volunteers as well as external contractors rallied hard to repair the damage to paths, roads, walls and fences across the Lyme estate.

The damage caused by the force of the water, and tonnes of mud, debris and stones, meant some parts of the estate had to remain closed off to the public even after it reopened on Monday 13th August.

The interior of the house was undamaged by the floodwaters, so people are still able to fully explore the historic mansion and visit the current exhibition exploring the history of the Lyme Sarum Missal (the most important printed book in the National Trust’s collection).

Thankfully large parts of the garden are now accessible again, and will feature a circular route which will take visitors past some of the areas still being repaired.

Deborah Maxwell, general manager at Lyme, said earlier this month: “We’re been so moved by the well wishes that we’ve received from people locally, from across the country and around the world.

“Lyme is a special place in the hearts of many people, and our team is working hard to ensure that visitors will continue to find peace and enjoyment here at Lyme.”

Building resilience to the effects of climate change features at the top of the agenda for local MP David Rutley, who visited Lyme Park recently to assess the work being done there.

David was shown around by lead ranger Chris Dunkerley, and Claire Disley, a full-time Ranger at Lyme Park.

They showed him some of the innovative steps that the National Trust is taking at Lyme.

These include the creation of woodland areas with a more robust and diverse range of species, combined with the removal of non-native invasive plant species.

On his visit, David was also able to inspect the damage to the car park, footpaths and grounds caused by the recent flooding.

David and the National Trust ranger team spoke about how important it is to ensure better resilience against future extreme weather incidents and Mr Rutley was impressed to see that the National Trust has already worked extensively to restore areas damaged by the floodwaters.

Speaking after his visit, David said: “As the recent flooding in Cheshire demonstrated, our climate is changing and we must urgently seek to address this.

“I was impressed to see the innovative and practical measures being implemented at Lyme Park to make the property more resilient to climate change, harnessing a more natural approach in doing this.

“I look forward to actively supporting Lyme Park as it takes forward this important work in the months ahead.”

Mr Rutley was pleased to learn that 1,500 new trees have been planted at Lyme Park over the past three years.

Lyme Park is taking part in the National Trust’s ‘Riverlands’ scheme, which will see the rewetting of nearby moorland to promote increased carbon capture, slow down water flows and reduce the risk of fires.

The condition of Lyme Park’s moorland will also be improved thanks to the recent introduction of its own herd of highland cattle, with their natural grazing behaviour.

Beyond these measures, the National Trust’s broader mission is to help reconnect more people with nature and the importance of protecting our natural environment.

The team at Lyme Park are seeking to fulfil this important aim by creating experiences in nature which are both fun and informative.