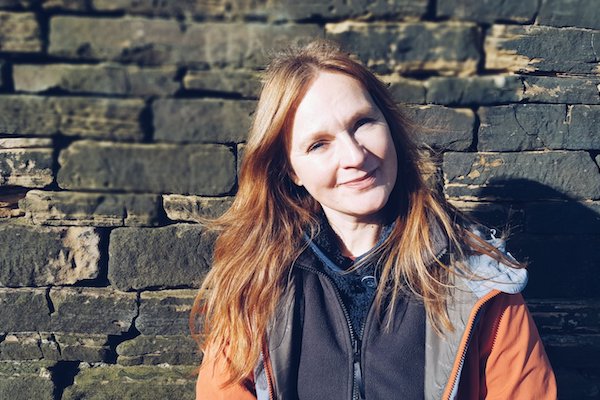 In this article, we speak to Jane Smith, standing for the Animal Welfare Party in Congleton.

I’m standing because no other party is offering Cheshire’s voters the bold and visionary leadership we desperately need at this crucial time when we’re facing climate breakdown, the Brexit mess and a divided country.

Equally, no-one is properly speaking up for other species and taking their needs into consideration in human decision-making.

Humans represent only 0.01% of life on Earth, and yet in our collective governments, the rights and needs of the other 99.99% are almost completely overlooked, with successive Conservative and Labour governments having failed to tackle the horrors of factory farming, hunting, live exports or animal testing to name just a few.

Climate emergency and current extinction rates, if nothing else, should be our wake-up call that we need to act much more responsibly on our shared Earth, starting at the most local level.

As an Animal Welfare Party councillor with a proven track record of progressive and courageous leadership at the town council level in Alsager, I felt obliged to step into the breach to speak up for people, animals and environment.

The grossly unfair electoral system is stacked against us a small party, but these issues are so important to me that I can’t just sit back and wait for someone else to speak up.

As MP for Congleton my priority would be the climate emergency and fostering the infrastructure, courage and resilience needed to take our local communities forward.

I’d urgently address rampant ‘development’ including on green belt land; I’d vociferously oppose HS2, which as Chris Packham has said is nothing short of ecological vandalism on the grand scale, decimating ancient woodlands and priceless natural habitat as well as human communities locally; and huge human health concerns including air pollution, the widespread use of pesticides and herbicides (including glyphosate applied to public playgrounds).

I’m also committed to looking at food security for the coming decades – we should be assisting farming families to transition to plant-based agriculture and land restoration, fully supported by government funding.

Animal Welfare Party is the only UK party looking at this, and Cheshire could lead the way here.

For our towns, I’d prioritise the dire lack of affordable housing (especially starter homes and homes for older people), lack of viable public transport options, and appalling social issues that have seen the rise of food banks.

Nationally, resilience regarding the climate emergency would be a priority; at this stage our country badly needs bold and creative leadership to steer the UK through the worst crisis we have ever faced, yet none of the main parties are addressing this in any serious way.

Brexit is obviously a major national issue; at Animal Welfare Party we campaigned to ‘Remain’ and our party’s stance is to support a People’s Vote, although personally I worry about entrenching the divisiveness that we’ve already experienced.

There’s no easy way through the Brexit mess that we’ve been thrown into by the Conservatives and kept in by our broken political system, but however we get through it, addressing climate breakdown has got to be our national priority.

In addition, I’d seek to secure a strengthening of the hunting ban and work tirelessly to help a supported, funded transition towards plant-based farming and land restoration which we badly need for animals and for the environment as well as it benefitting human health.

Animal Welfare Party’s other key priorities include the phasing out of animal testing in favour of humane alternatives, much stricter regulations around companion animal breeding, and increased sentencing for animal cruelty.

I’m very proud to be Animal Welfare Party’s first ever councillor; this year I successfully defended my town council seat, winning 9.8% of the vote and beating all the Labour and Conservative candidates in Alsager’s West ward.

We’re the only party that fully considers the rights and needs of other species, which I feel is important at every level of government, from parish councils to parliament.

When we make decisions that consider and balance the needs of people, animals and environment, these are win-win-win solutions and the very best decisions we can make!

As a town councillor I’ve put this into practice consistently; last year, for example, my ‘hedgehogs motions’ saw Alsager become the first town in the UK to explicitly request wildlife tunnels in all new planning applications, and to date over 40 other councils have told us they want to follow suit.

Our policies around human welfare are also very progressive, across the whole range of issues, as shown by our 41-page manifesto [see link at foot of article].

I’m also proud that we have the best female-male candidate ratio of any political party outside of WEP, with 66% of our general election candidates being women.

I’m originally from Stoke-on-Trent but I now live in Alsager with my partner, our three children and two rescue dogs.

I’ve lived and worked overseas at various times and gained my first and second degrees in France.

I’ve campaigned for animals’ rights for many years, including running Compassion in World Farming’s dynamic Cheshire group until last year and co-ordinating Wounded Badger Patrol in Cheshire for the past three years. I’m also a long-standing anti-hunt campaigner and I’ve campaigned against the game shooting industry for years.

Outside of work, my interests include long-distance walking, history, sustainable travel (having been an early adopter of the Flight-Free Pledge) and writing.

I’ve been actively involved with the Global Youth Strike for Climate, and recently addressed 3,000 young people at its Manchester gathering; in October I was engaged in peaceful protest in London with Animal Rebellion, part of Extinction Rebellion.

For me, actively defending life on Earth is now an imperative moral responsibility.