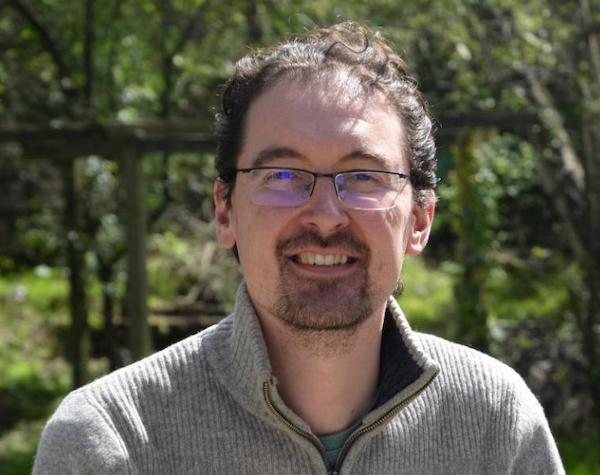 In this article, we speak to James Booth, standing for the Green Party in Macclesfield.

Therefore, I think that it is really important to have Green voices standing and making the case for urgent action.

We face a collective challenge greater than we have faced for decades. The climate we all rely on is breaking down.

The impacts are starting to affect us all – the weather is becoming more extreme, wildlife is declining, sea levels are rising.

None of this is happening by accident. It’s the consequence of an out of control economic system that plunders the Earth’s natural resources to create wealth for billionaires, casting the climate into chaos and causing corrosive levels of inequality.

Locally, more leadership needs to be shown in situations like the flooding in Poynton. We need a MP who is present at the scene, visiting affected residents and providing assistance when flooding happens (as it unfortunately will most likely continue to do).

I grew up in Adlington near Poynton next to Poynton Brook and have seen the damage caused to the area by the floods, including the bridge on Dickens Lane.

People cannot now get insurance for their houses, and I feel that they have been let down.

We need a representative in Parliament who takes the causes of the flooding seriously (climate change, overdevelopment, particularly of the Green Belt etc.) and comes from a party prepared to tackle these issues.

I additionally feel that air pollution is a critical issue locally, which will only get worse unless serious action is taken.

You only have to think of the centre of Disley or Broken Cross in Macc – this is a serious health hazard.

Again, there needs to be leadership on this issue rather than toeing the party line. And the solution is not more roads or further decimation of the Green Belt by housing development.

It’s time for a new start, so we have developed the Green New Deal.

This is a comprehensive ten-year plan ambitious enough to tackle climate and ecological breakdown at the scale and speed set out by science.

It will deliver a fast and fair transformation of our economy and society, renewing almost every aspect of life in the UK: from the way we produce and consume energy, to the way in which we grow the food we eat, and how we work, travel, and heat our homes.

As the originators of the Green New Deal, we are the only party you can trust to act in time to tackle the climate emergency and rapidly reduce social and economic inequality – and to make these our top priorities.

I would urge you to look carefully at not only what the other parties say regarding the climate, but also the policies they support.

There is unfortunately therefore a good degree of greenwashing when you look at the detail.

Our Green New Deal will get the UK on track to reducing climate emissions to net zero by 2030 by:

(a) Meeting most of our energy needs through the domestic production of renewable energy.

(b) Reducing our overall energy demand from buildings and homes.

There will be a combined investment of over £100 billion a year in the Green New Deal, with an additional investment in Universal Basic Income.

Through this investment, we will provide new opportunities for everyone to work and live more sustainably and more securely.

The Green New Deal will deliver solid financial foundations across society, through a range of measures including:

(a) The creation of millions of new jobs in renewable energy, transport, land management and other sectors transformed by the transition to a net zero carbon economy.

(b) The provision of the training people need to access these new jobs.

(c) The creation of at least 100,000 new socially rented homes a year through low carbon construction and retrofitting, converting and extending existing buildings.

Implementing the Green New Deal will need to become a fundamental objective of government, nationally and locally, but it will also involve every single one of us:- workers and investors, creatives and care workers, scientists and seniors, administrators and accountants, farmers and factory workers, and beyond.

When it comes to the environment, if not now, when?

Here is our manifesto!

I feel that it is incredibly exciting and sets out the radical action we need. It’s also fully costed.

I am proud to represent the Green Party.

You only have to read our Core Values to feel enthused and inspired, even on a damp morning canvassing!

I stood in the 2017 general election for Macclesfield, and also have campaigned in Poynton in 2015 supporting our candidate for councillor – actually my mum – and in Macclesfield Central from 2017 to 2019 on behalf of our candidate John Knight.

I stood for Hurdsfield in the 2019 local elections, having led a campaign for recycling facilities for flats in Hurdsfield.

Having stood as a general election candidate for Macclesfield, there have been a number of opportunities to follow up with people post-election with regard to Green ideas / solutions.

I am now working on campaigns in Poynton and Adlington, and Sutton. I stood for MEP on the Green Party’s North West list in 2019.

I am one of the leaders of the youth group at St Mike’s, Macclesfield (from 2007), and am also a trustee of Cre8 (from 2017), which works to help disadvantaged young people from the Moss Estate, Macclesfield.

I am a member of the Macclesfield churches’ eco-group (from 2017), which campaigns on issues such as climate change and is working on adopting green solutions at a local level, for example, solar panels on St Michael’s roof as an energy source.

Professionally, I am a barrister (from 2006), specialising in representing people who have sustained serious injuries, having worked previously in chambers in Manchester and now in-house in Manchester.