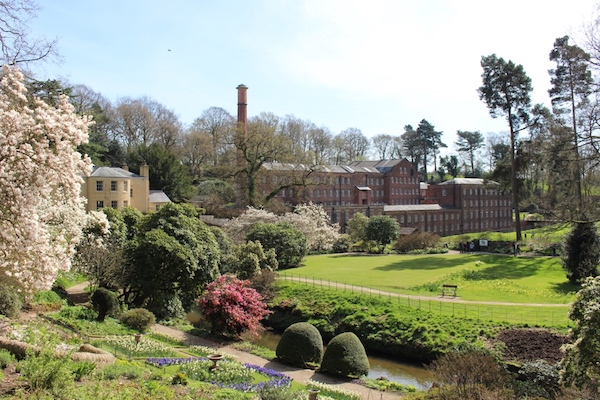 A historic mill – which was once the site of one of the largest cotton manufacturing businesses in Britain – is reopening to the public tomorrow (Saturday 25th August).

It marks a major milestone in the four year transformation project at the National Trust’s Quarry Bank, a project which has cost almost £10 million.

The project has been supported by National Lottery players through the Heritage Lottery Fund and thousands of generous donors.

It is one of the largest projects in the National Trust’s history, as the conservation charity continues its commitment to bring the stories of its places to life.

Over the last three years, new areas of Quarry Bank have been restored and opened to visitors including the mill owners’ home, a worker’s cottage and a 19th century curvilinear glasshouse in the kitchen garden.

Now, with new facilities, galleries and interpretation in the mill itself, visitors will be able to experience the site in its entirety for the first time.

Joanne Hudson, general manager at Quarry Bank, said: “This is an exciting moment for us as we invite our visitors to experience the complete story of Quarry Bank.

“It tells a story of social change and industrial revolution, rich and poor, mill owner and mill worker, the power of nature and the ingenuity of man; of benevolence and exploitation.”

As one of the most complete survivals of an industrial revolution community, Quarry Bank contrasts the cramped living conditions of the mill workers and pauper apprentices with the grandeur of the owners’ family home and picturesque gardens.

New galleries across five floors of the mill focus on the early days of founder and owner Samuel Greg, the lives of the mill’s apprentices and workers, the cotton industry’s link to slavery and Quarry Bank’s place within the early Industrial Revolution.

The new galleries are:

Gallery 1 – Samuel Greg’s Industrial Enterprise: The journey begins over 200 years ago, to learn about the history of cotton, how Samuel Greg started his cotton empire and reflect on the changing world brought about by the early Industrial Revolution.

Gallery 2 – The Workforce: Here visitors can experience what it was like to be a mill worker. Stories of endurance, opportunity and hardship connect visitors to the many hundreds of people who worked at Quarry Bank.

Gallery 3 – Power Galleries: An engaging journey through the technological history of the mill, with a chance to marvel at the impressive water wheel, and immerse yourself in the steam engine rooms.

Katie Taylor, curator for the National Trust, said: “Set on the picturesque banks of the River Bollin, Quarry Bank is a unique place that offers visitors the chance to learn about the lives of the family and the workers who called this place home.

“Quarry Bank’s story is intimately bound up with that of the north-west and Manchester’s rise as the first industrial city in the world.

“The global cotton trade was an industry that brought great wealth to industrialists like Samuel Greg who founded Quarry Bank, but it was reliant on cheap labour at home, the emerging Empire and slavery for its success.

“When exploring Quarry Bank visitors can examine and question its place in this bigger picture and take a new perspective on the story.”

Archive material has been carefully studied to bring the stories of Quarry Bank’s past to life.

For example, an original apprentice indenture on display shows the binding contracts that committed children to work in the mill until they were 18 or 21 years old.

Between 1790 and the 1840s, approximately a third of Samuel Greg’s workforce were pauper and orphaned children.

One of Britain’s greatest industrial heritage sites, Quarry Bank in Styal, near Wilmslow, is a unique example of a complete industrial community.

In 1939 Alec Greg bequeathed Quarry Bank Mill and Styal Estate to the National Trust, but the gift excluded some significant parts of the estate.

In 2006, the National Trust acquired Quarry Bank House and Garden. Four years later the trust acquired the Gardener’s Cottage and the Upper Garden.

These purchases provided the missing links for the team to begin to reconnect the site.

Since the transformation project began in 2015, new areas have opened to the public for the very first time, including the Gregs’ family home and a workers’ cottage in the village of Styal. 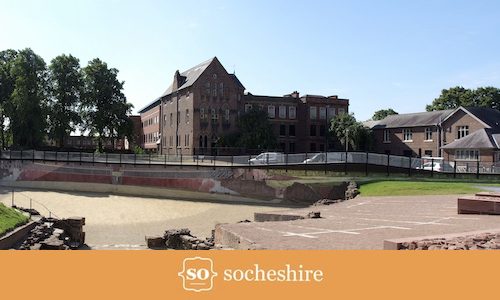