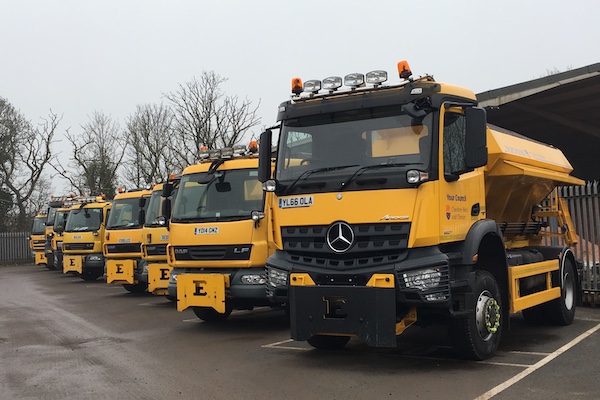 As Cheshire West and Chester experience some of the coldest temperatures of this winter so far, the council’s highways teams have shifted up a gear to keep the road network running smoothly.

The council’s highways service and its maintenance contractor, Ringway, have been working round the clock to manage the roads during the recent cold weather and their fleet of 14 gritting trucks has been mobilised four times in the past few days.

The fleet keeps almost 500 miles of roads safe for drivers using 6,000 tonnes of rocksalt stored at their Guilden Sutton depot.

Primary routes are gritted first – which include A roads, other main roads and routes used by the emergency services.

In periods of continued bad weather secondary route are sometimes gritted when the primary network is fully treated and if resources are available.

On nights where frost or icy conditions are forecast, the fleet will spread salt to prevent ice from forming across 40 percent of the borough’s highway network. 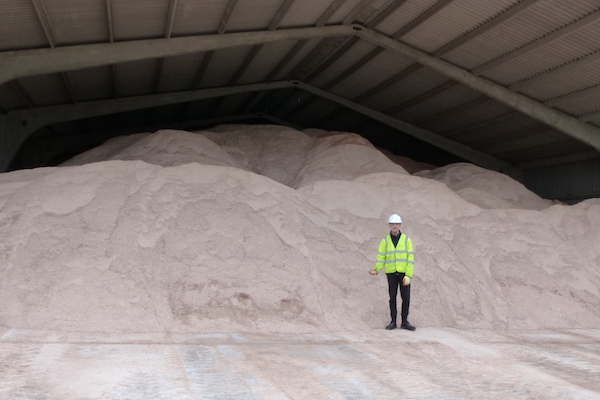 All gritters are equipped with GPS tracking to enable accurate monitoring of which roads have been treated.

Duty officers will mobilise the gritting fleet when it is predicted that road surface temperatures are to drop below freezing, allowing time for the salt to be applied to the road.

Salting is normally fully completed within four hours and usually before 7am.

The council’s cabinet member for environment, Cllr Karen Shore commented: “When the fleet is mobilised it’s important that we grit within a specific time period which is why we target key roads.

“We can only grit so much of the network within a timeframe and we must concentrate our efforts on key routes that see the most use.

“In times of continuous snow, measures are in place for street cleansing and grounds maintenance operatives to aid in the removal of snow from some footways and to spread salt.

“Snow bags, disposable bags filled with salt, are also ready to be delivered to the more remote areas in need of help at times of heavy snow.”

Gritting updates are available via the council’s Twitter feed – search for the hashtag #cwacgrit.

Further information on gritting routes can be found on the council’s website.