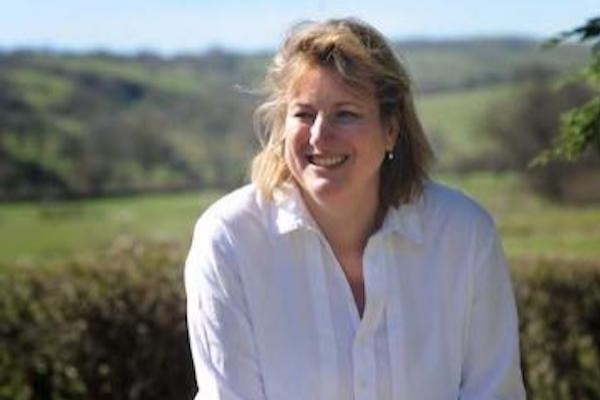 In this article, we speak to Antoinette Sandbach, standing for the Liberal Democrats in Eddisbury.

I’ve been lucky enough to be the MP for Eddisbury for the last four years.

Throughout that time I’ve been able  to help thousands of people with their problems and to listen to their concerns.

Whether it is standing up for farmers worried about what Brexit means for them or helping support a mother whose daughter isn’t getting the mental health support she needs, to me giving a voice to those who need it and helping people through the difficult moments in their lives is what an MP should do.

This is the most important election in decades and the two main political parties no longer represent the moderate majority of this country.

I’ve been struck by how many of the people I’ve helped who’ve been totally detached from politics.

So many of them say I’m the first MP they’ve known who is open and accessible and will help them with their problems.

I think people in our community deserve an MP like that, not just another party politician trying to climb the ministerial ladder.

I’m proud that over the last four years I’ve brought investment into our community. The highlight of this was persuading Cheshire FA to build its new womens’ football centre near Winsford.

Over the coming years I want to see Winsford town centre re-energised and rebuild public transport links that have atrophied over the last few decades.

I was pleased to help bring back a bus service to Delamere Park last year, but I want to see more of these re-open, and maybe even bring back rail services to Tarporley.

Beyond these I have been campaigning hard to improve standards for patients and working conditions for staff at local hospitals. I recently helped local nurses oppose an unfair cut to their scheduled breaks.

Likewise, I persuaded the then-chancellor, Philip Hammond, to invest £1.4m for a bereavement centre at Alder Hey Children’s Hospital – which I know a number of my constituents have relied on.

Most of all, I want to keep working to help individual constituents with their day to day problems.

Whether its problems with childcare or education, or a bigger issue like unfair dismissal from work, I have a strong track record of putting in the work needed to get results.

I didn’t come into politics to bang on about Europe.

In the last four years, I’ve been part of the All Party Group on Climate Change and have worked for better quality, more energy efficient homes.

This plan – which is now in the Lib Dem manifesto – would see the average family saving £200 a year on their energy bills, while reducing UK energy use by 25% – which would be a huge step towards tackling climate change, together with other policies designed to tackle the climate emergency, this is the biggest issue facing our nation.

We also need to ensure that we continue to invest in our health services and Liberal Democrat plans to invest in social care are so important, and is an area the other parties are not dealing with.

Of course, Brexit is crippling our country at the moment. So I’d work to secure a Peoples’ Vote and campaign all out to remain.

I’m proud of the whole manifesto to be honest, but the thing that makes me most proud is being able to stand up and represent a party that shares my values, and the values of the moderate majority in the UK.

When I look at the two main parties making more and more unrealistic promises and getting mired in more and more scandal and controversy, I’m so glad to stand for a party which has a sensible, pragmatic manifesto, with a plan for a brighter future.

But I’m also glad that there is a party out there for people like me who’s values have been abandoned by the big two parties. Values like decency, honesty and fairness, which feel like they’ve been lost in the political melee.

As much as I want to put into practice the policies I’m standing on, I also want to see a return to a more decent, moderate politics.

I came into politics late in life. I was a criminal barrister for 10 years – a career where you see the very worst, and the very best of humanity.

I loved the chance to stand up for people and give them a voice when they were at their lowest point.

It was these skills which made me want to get into politics, I wanted to help give a voice to the voiceless, and to help fight for what I believe in.

So I stood, and was elected.  I was lucky enough to become the MP 4 years ago and I live here with my husband Matt, who is a sculptor and my daughter Sacha and our two dogs.

My husband lives and works full time locally. We are rooted in this community and we love the sense of community that is represented right across South Cheshire.