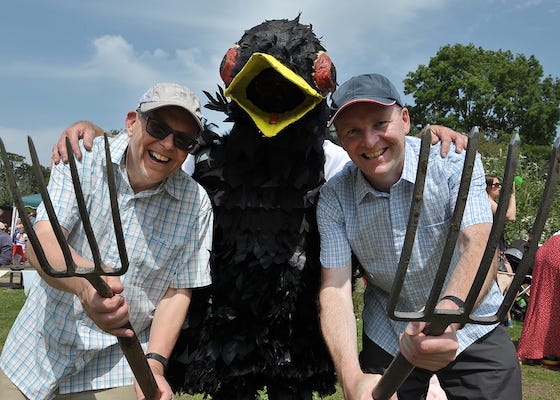 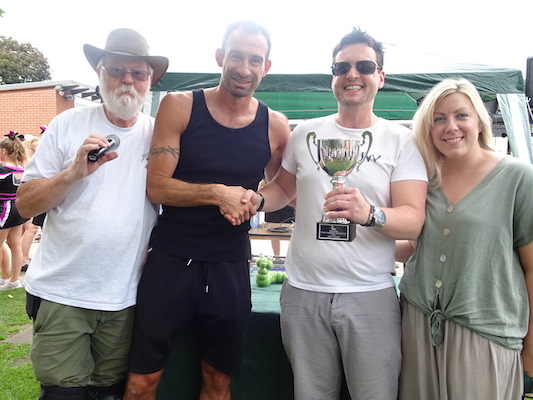 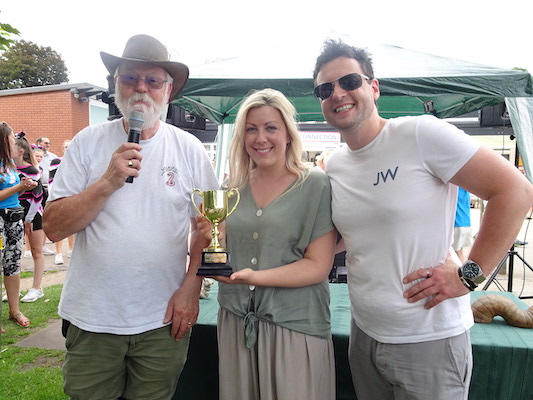 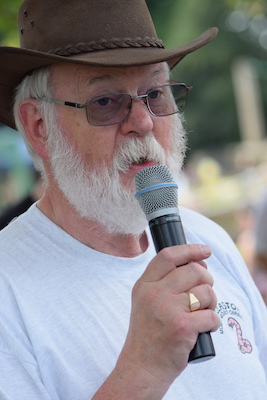 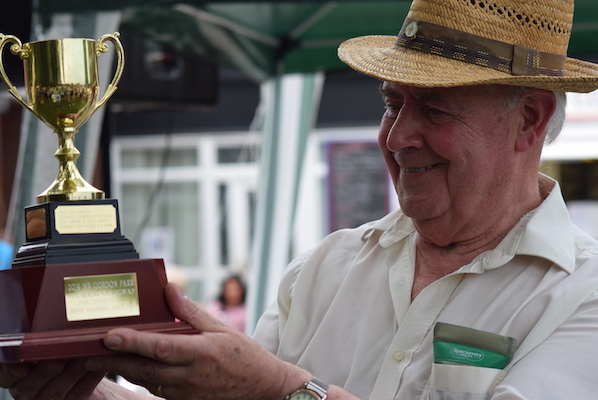 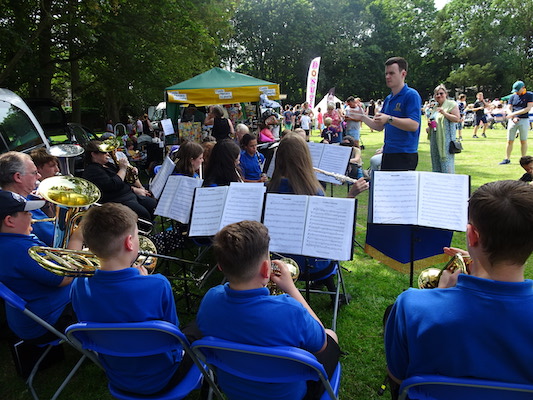 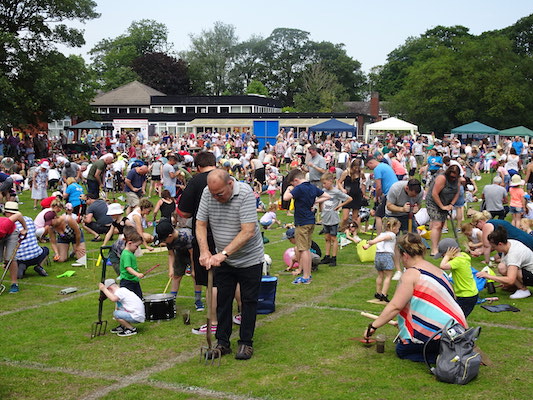 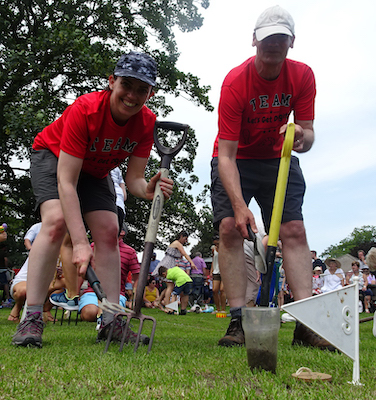 The 40th World Worm Charming Championship took place on the afternoon of Saturday 29th June 2019 within the grounds of Willaston Primary Academy.

The championship worming commenced at 2pm following an inspection of the plots by the International Federation of Charming Worms and Allied Pastimes (IFCWAP).

The countdown to the beginning of worming was performed by special guest Danny Higginbotham who is a sports journalist and former professional footballer.

Participants in each of the 144 plots had 30 minutes to charm and collect as many worms as possible from their 3×3 metre plot.

There were ‘traditional’ plots for two adults and two children and ‘tag-team’ plots for teams who wished to change their pairings throughout the charming period.

This year, hard ground made for tough conditions.

Techniques to agitate the soil included the traditional method of vibrating a garden fork, along with alternative methods such as skipping on the spot, playing a clarinet, whacking a golf club and bouncing a football.

Chris White from Wistaston dressed alternately as a blackbird and an earthworm.

He also sang and performed on his ukulele to entice worms with: There’s A Worm At The Bottom Of The Garden; The Worm; Green, Green Grass of Home; and Good Vibrations.

Whilst awaiting the results of the worm count, there were events in the playground and arena.

The arena and adjacent areas were surrounded by charity stalls, zorbing, an inflatable slide, a bouncy castle and food and drink outlets.

There was also a grand draw raffle and a scavenger hunt.

Mike Forster, event co-organiser and chief wormer of Great Britain and the world, gave his thanks to Friends of Willaston School Association – PTA, Willaston Primary Academy staff, other volunteers and visitors for their continued support of the event.

Mike hinted that this year may be his last event as event co-organiser and chief wormer after 40 years – but said if it was he would still be involved with helping to organise the event into the future.

The Chief Wormer’s Trophy was given to International Federation of Charming Worms and Allied Pastimes (IFCWAP) co-founder and former Willaston Primary School headteacher Gordon Farr for services to worm charming since 1980.

The Championship Trophy for Most Worms was given to IFCWAP co-founder and former Willaston village police officer Mike Forster for services to worm charming since 1980.

Therefore, a new Championship Trophy for Most Worms had been produced and was awarded to Sam and Ollie Dobson in plot 1 with 64 worms.

The Heaviest Worm Trophy was won by Daniel Summers and his five nephews (Tyler, Jake, Charlie, William, Elliot) from Crewe with a worm that weighed a new official world record of 8g.

The championship also included representatives from the USA, Philippines, Spain and Germany, along with Isle of Man worm charming champions Jackie and Adrian Darbyshire.

Guido Fischer and his son, from Germany, charmed on plot 45 and joined the event for the fourth consecutive year.

Guido told us: “In 2016 we won the Best Newcomer Cup and every year it is a great event for Willaston Primary School.”

The event took place in dry and sunny weather and was enjoyed by several hundred people.