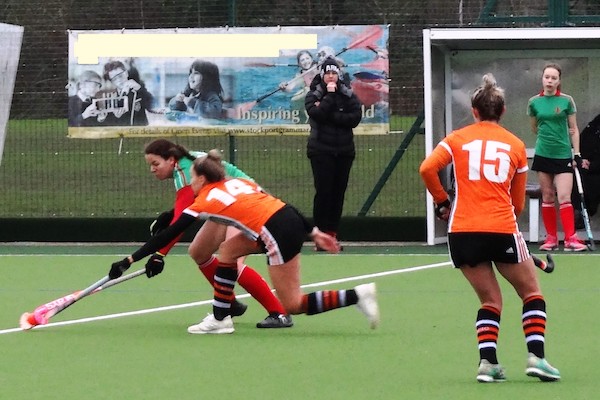 After a poor run of form, Wilmslow Ladies 1st XI were looking to bounce back with a home victory to honour the late Jim Barrow, honorary life president of Wilmslow Hockey Club, on the day his widow Pat opened the newly erected ‘Jim Barrow Stand’.

The first team played host to a Wakefield side looking to push themselves away from the bottom of the table.

Wilmslow started the better of the two sides and a finely worked team goal through Lily Harrison and Katrin Haraldsdottir saw Lindsay Rachubka open the scoring.

Another fine finish followed soon; this time Hannah Kelman was given too much time at the top of the ‘D’ and slotted away her sixth of the season.

Wilmslow were rampant and were playing some lovely hockey. Rachubka got her second of the same and extended her lead as top goal score this season. Annika Hall’s deflection was saved quite magnificently by the Wakefield keeper.

However the raised ball found Charlie Westbrook-Platts who hammered the ball into the middle of the net, despite the best efforts of the defender on the line. 4-0 going into the break.

It was a game of two halves. Wakefield came out much stronger in the second half however their season was summed up by their inability to put the ball in the back of the net.

Goalkeeper Lang put in an outstanding performance to ensure Wilmslow maintained the clean sheet they were craving.

Amelia Poole scored her first goal for the first team with a fine finish to round off a great day. The girls travel to Ben Rhydding next week where they hope they will maintain their top half position.

The Ladies’ 2s won (5-3) away to Triton Ladies’ 1s to maintain their steady form.

Wilmslow needed to stretch their lead over Deeside in the table to enter a three horse race for promotion.

Jack Wright opened the scoring for the oranges after good work by Charlie Leddy and skipper Ben James.

Jack quickly added a second after a Martin Wright trademark overhead from defence was taken skilfully by Pete Hallinan.

David Boddy scored a third with a hard shot coming off the far post.

At this stage Wilmslow seemed to be cruising but the home side rallied in the second half and had a sustained period of pressure in which they scored three times.

A stunned Wilmslow now had to respond and with time fast running out a counter attack by Andy Hunt and Pete Hallinan released the ball to Fabio Stubbs who saved the day with a top corner finish.

Wilmslow 2s change place with Deeside 3s in the table with a (2-1) home win courtesy of two fiercely struck shots by Steve Edmonds.

Wilmslow 3s lost away (3-5) to Oxton 3s but the fourth team had an excellent (6-0) win away to Triton 4s to continue their climb up the table.

The 5s were outgunned (1-8) by league leaders Timperley. 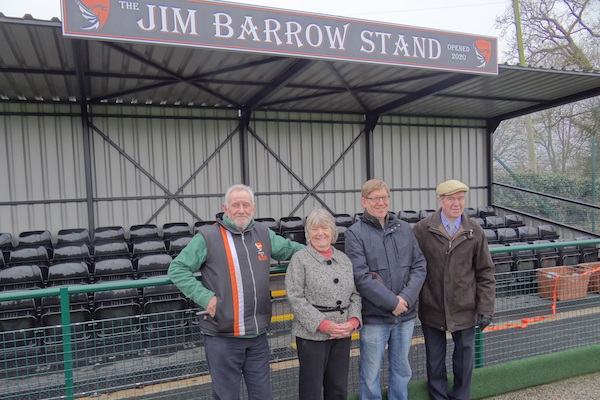 A ceremony was held at the Club to honour the late Jim Barrow BEM, past President of Wilmslow Hockey Club.

The club’s new 72-seat spectator stand, named ‘The Jim Barrow Stand’ was officially opened by Jim’s widow Pat with many members of family and friends in attendance.