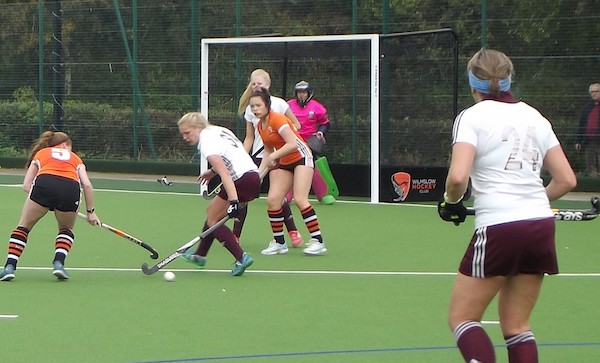 On Saturday the Ladies’ 1s hosted top Yorkshire side Ben Rhydding. The home team needed a win to lift their league status after suffering back-to-back defeats by a single goal margin.

The game started with a blistering pace and Wilmslow set the precedent with their dominant pressing and attacking threat.

They came close numerous times and were unlucky not to take the lead with the opposing defence and particularly the keeper keeping the ball out of the goal at all costs.

After a lengthy period of possession the home team opened their account with a quite exquisite pass from midfield maestro Lily Harrison finding leading goal scorer Lindsay Rachubka on the move into the ‘D’.

Her fine finish past the onrushing keeper settled the crowd’s nerves.

The girls had to maintain their composure and concentration as Ben Rhydding were very dangerous and came close a number of times, but keeper Cat Lang stood firm and batted away any attempts.

A series of penalty corners saw Carla Botha net her first of the campaign as she finally slotted the ball home after numerous breakdowns; 2-0 to the home side.

Ben Rhydding were still well in the game and looked threatening on the counter. An outstanding individual goal from them set up a nervy last 10 minutes.

Going into the last five minutes, Ben Rhydding were awarded a penalty flick when their attacker drew blood from steely fullback Hannah Kelman who left for hospital.

Man of the match goalkeeper Lang, in her 28th season at the club, made an outstanding save to deny Ben Rhydding claiming the draw and their first point of the season – and ensured all the points stayed in Wilmslow.

A hard fought but well deserved three points sees Wilmslow maintain their mid-table status during their first season at this level.

They travel to a Wakefield team next week looking for back-to-back victories.

Ladies 2s had an excellent win 5-2 away to Brooklands Poynton 3s with makeshift goalie Sharon Holford the star turn.

Wilmslow managed their fifth win on the trot in a fairly comfortable win against lower ranked opposition.

Wilmslow 2s, however, got off to a bad start against Neston 3s and were 0-2 down and under the cosh against a fit young Neston side.

The more experienced home side gradually reeled the visitors in and in the second half put them to the sword finally winning (5-2).

Wilmslow 5s had most of the play against Sandbach 3s but could not find a way past their goalie. Sandbach, with two breakaways, won (2-0) much against the run of play. 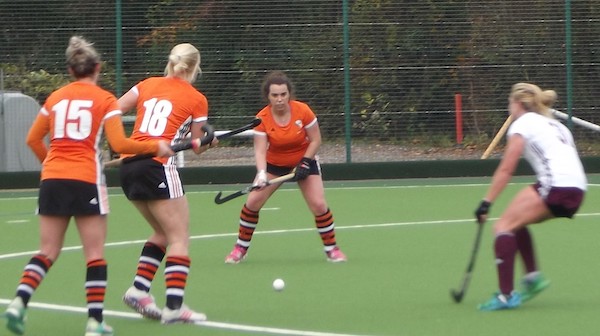