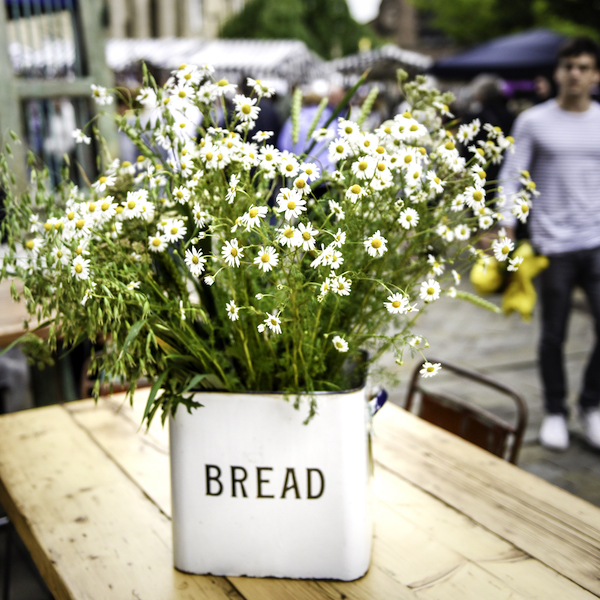 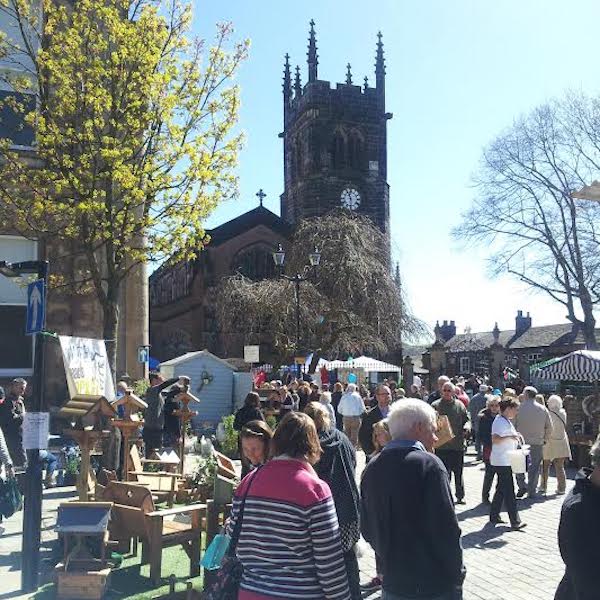 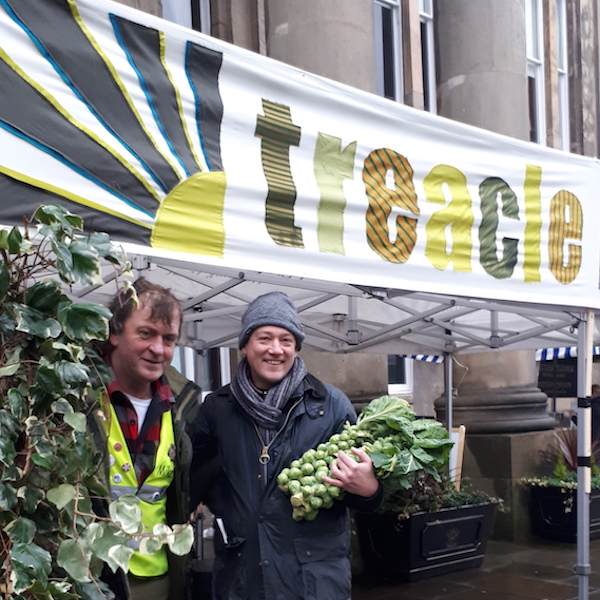 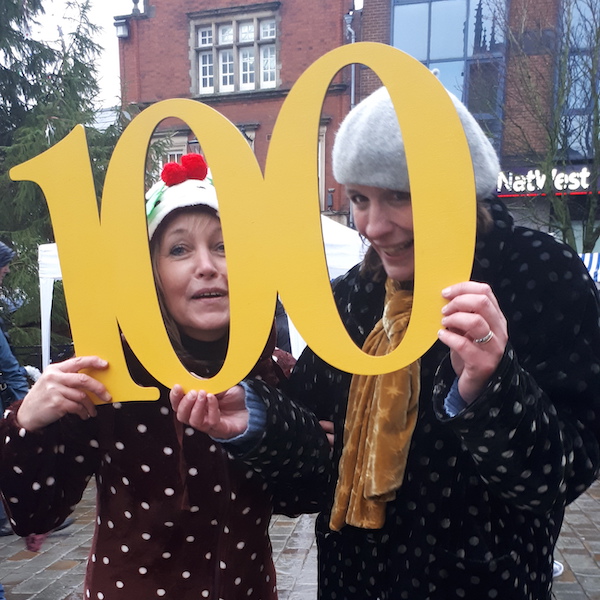 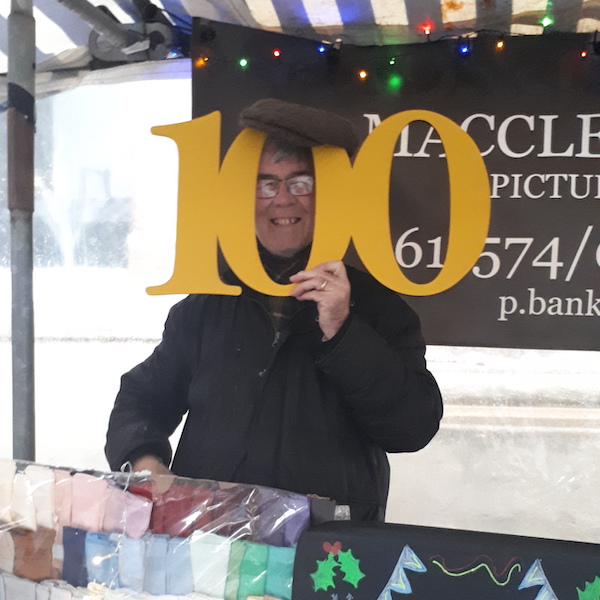 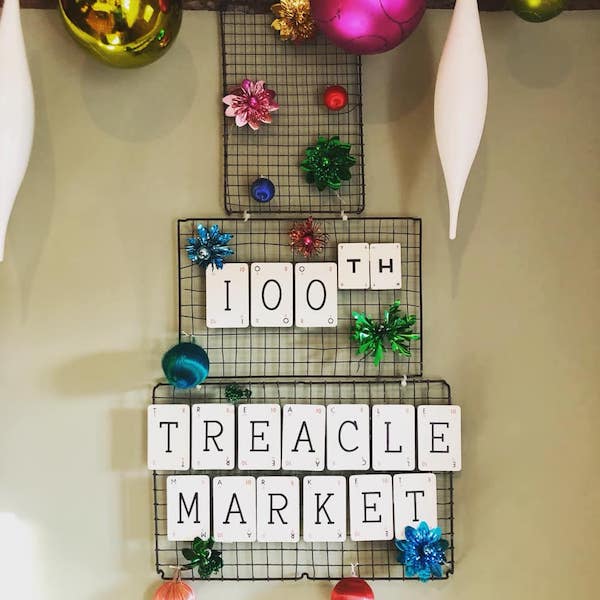 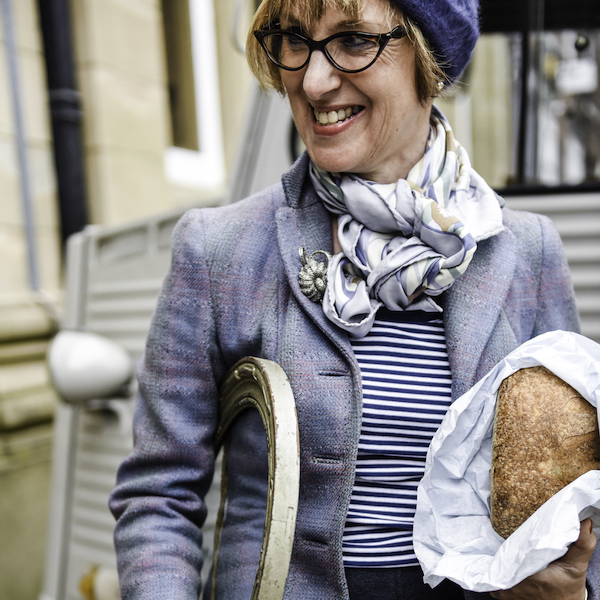 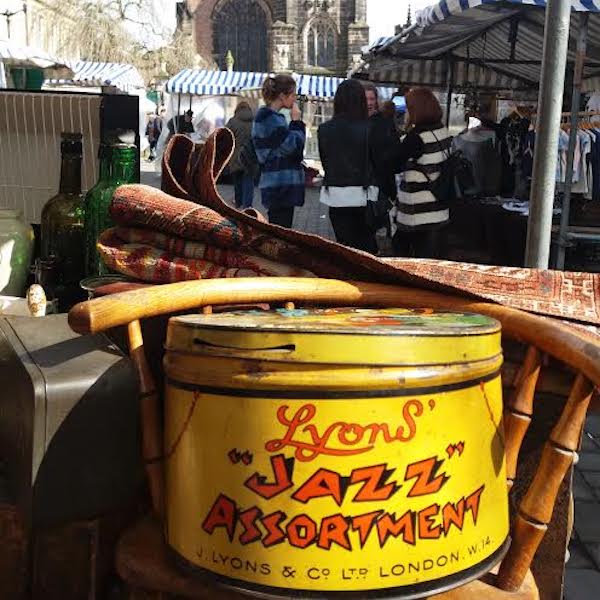 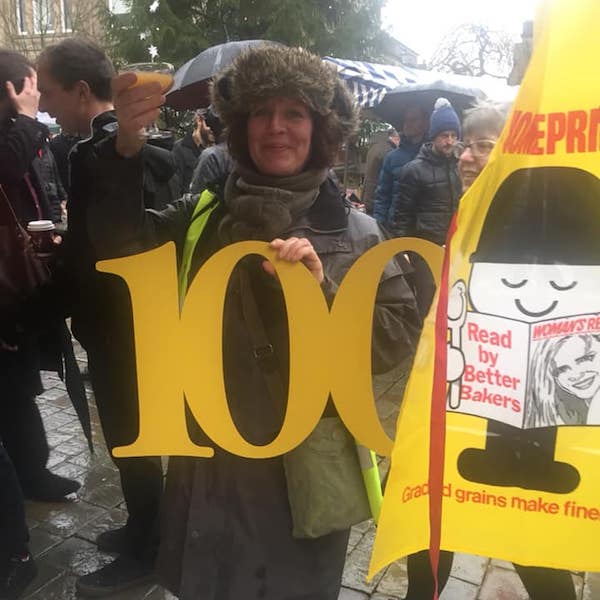 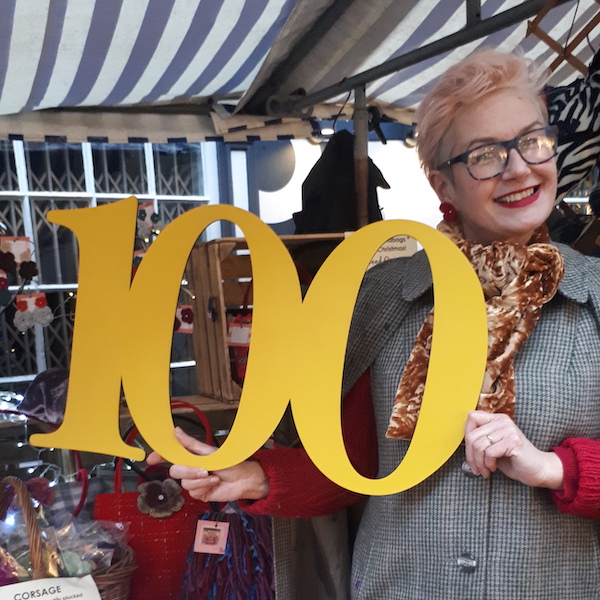 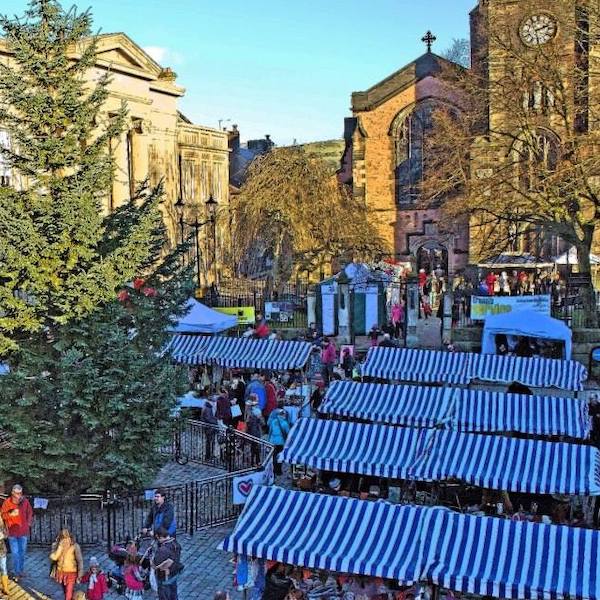 While the weather may not have warmed to the occasion, Maxonian community-spiritedness made for a spectacular centenary celebration of Macclesfield’s very own Treacle Market just before Christmas.

Row upon row of Treacle traders set up stall and made an extra special effort to mark the 100th outing of the enduringly popular artisanal market.

This included decorations adorning the many stalls, such as a special one-off handmade guitar and a Treacle cocktail served in a Champagne glass.

There was music from Annie’s Saints and Sinners, there was traditional jazz to get the little ones dancing, and a huge crowd stood in the rain listening to beautiful carols by The Caravanettes Choir.

Other acoustic highlights included Ian Haigh with his violin, and music from Moss Rose Brass Band.

Organisers handed out copies of the now-famous ‘Treacle Rag’ newspaper plus a celebration poem written by enthusiast Lucy Biggs.

There was a town cryer present on the day too, plus a carousel in St Michael’s churchyard.

The Treacle Market first started out back in July 2010, with 18 stalls in Market Place and food stalls situated down the hill at Waters Green.

Before this there had been infrequent traditional, antiques or craft markets in Macclesfield, but the Treacle Market pioneered the now widespread variety of artisan market (encompassing 160 stalls of vintage craft, food and drink).

It is still regarded as one of the best of its sort, and is also still very much about Macclesfield itself. Many traders at Treacle don’t trade anywhere else.

Organiser Jane Munro commented: “The huge turn out and real buzz is really what Treacle is all about.

“Even in poor weather the town turned out to support the market and its small independent traders, finish its [Christmas] shopping and enjoy the conviviality of the bustling Marketplace and streets around.”

Jane admitted: “The weather was less than ideal,” but this is something that doesn’t seem to deter shoppers in the slightest: “We are so grateful for their consistent support.”

Jane added: “It was lovely to reminisce with people who had been at the first tiny market in Waters Green and Marketplace and who have been regular supporters along the way.

“We like to think we were pioneers of this type of market and still love doing what we do, bringing enticing and delicious wares to add to the offer of the town once a month.

“There is real loyalty and a great camaraderie between stall holders. The Treacle family if you like.”

Treacle has endured and grown due to its high quality offering and a strong determination to augment what the town already does, rather than replicate it.

There is a positive symbiosis between it and the local shops and businesses. The market has an authentic emphasis on being the ‘glue’ between the town and its community.

The Treacle Market was named after Macclesfield’s nickname ‘Treacletown’, referring to an accident long ago when a horse-drawn wagon overturned, spilling its cargo of treacle onto the cobbles.

Throughout the year there is a calendar of spectacular activities to accompany the traders – the Treacle Hound Dog Show, ferret racing, conker contests, pumpkin carving and lots more besides.

There is a large area known as Community Treacle where charities and community groups have stalls and can fundraise.

It’s also somewhere for the really important conversations about the town to take place.

As well as focussing on Macclesfield, the Treacle Market attracts visitors from far afield each month. It’s much more than just somewhere you can buy beautiful things or delicious treats.

Jane says it’s still driven with as much passion and selectivity as it was when it first began – and, like Jane and her team, we can see ourselves lovingly celebrating the 200th Treacle when it rolls around!

Macclesfield Treacle Market takes place on the last Sunday of each month (except December’s, which takes place before Christmas).