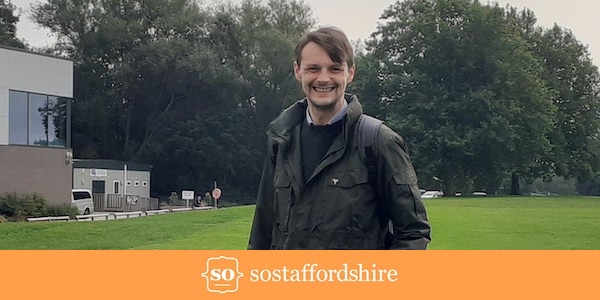 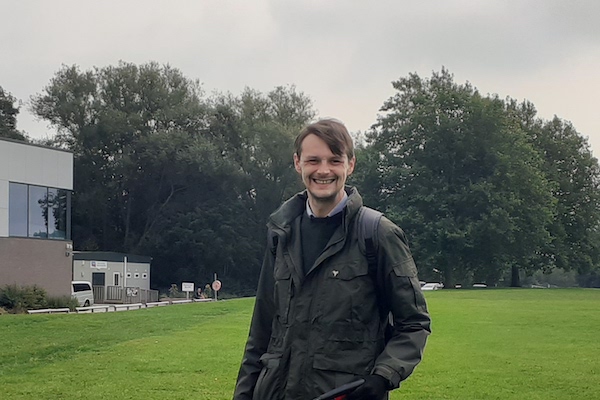 At the 2019 general election, the Conservative party manifesto pledged to “proudly maintain our commitment to spend 0.7 percent of GNI on development”.

This week, Parliament opted to maintain the UK’s recent cut to foreign aid spending (down from 0.7% to 0.5% of Gross National Income, GNI) with the government winning the ballot by 333 votes to 298, following a three-hour debate

Those opposed to the cut in foreign aid say the decision will endanger the lives of millions of people around the globe.

The cuts amount to £4bn annually, and are set to last for at least 5 years.

Mr Sandiford has written to 11 of Staffordshire’s 12 Conservatives MPs saying that they have broken a promise to constituents and to the world’s poorest.

The Liberal Democrat spokesperson said: “Staffordshire needs MP’s who will keep their word, it’s as simple as that.

“Every single Conservative candidate that stood for Parliament in 2019, pledged to support the 0.7% target on aid spending.

“They have callously broken their promise and abandoned millions of the most vulnerable and disadvantaged people in our world.”

He added “The only one to have a backbone and keep their pledge was Karen Bradley, which is completely unacceptable.”

The Staffordshire Moorlands MP was the only Conservative MP in the county to vote against the government, out of the twelve MPs representing the area.

Former prime minister Theresa May also voted against the measure, and both David Cameron and John Major have also publicly spoken out against the cuts.

Mr Sandiford added: “This vote will have an enormous impact on the most vulnerable, costing lives, stopping girls from going to school and putting a wrecking ball through vital projects like tackling the climate crisis.

“The Liberal Democrats have supported international development spending for over sixty years and put the 0.7% target into law in 2015.”

Liberal Democrat foreign affairs spokesperson Layla Moran said: “It will do irreparable damage to Britain’s reputation across the globe.

“Now is the time for leadership – but instead, the Conservatives want Britain to hide from its responsibilities during a global pandemic.”

She added: “Liberal Democrats will continue to campaign to reinstate the 0.7% target, which we enshrined in law.

Conservative MP Jonathan Gullis (Stoke-on-Trent North, Kidsgrove & Talke) said prior to the vote: “I want to be clear that I will NOT be voting for the immediate increase of our foreign aid budget to go back to 0.7%.

“The reality is that Covid-19 has come at a huge economic cost to the UK.

“We have suffered the biggest recession in 300 years and nearly borrowed £300 billion (nearly 15% of GDP).

“We need to think of our economy, because if we don’t, it is our children and grandchildren who will suffer.”

He continued: “I support the government in reducing it to 0.5% and I hope longer term we can scrap this law (International Development Act) in full.

“When there is a major crisis, as a country we are incredible and sending our military, industry experts, aid and money to help. That is morally the right thing to do.

“However, legally mandating a government to spend money every year leads to rushed and poor decisions, meaning British taxpayers money doesn’t always end up helping who it was intended for and who need it most.

“It also mean less British taxpayers money to invest in our communities, levelling up forgotten towns and cities, like Stoke-on-Trent North, Kidsgrove and Talke, to ensure we spread opportunity.”

The chancellor Rishi Sunak described the cut as temporary, and said: “Whilst not every member felt able to vote for the government’s compromise, the substantive matter of whether we remain committed to the 0.7% target – not just now, but for decades to come – is clearly a point of significant unity in this House.”

Labour leader Sir Keir Starmer told MPs that the drop in aid spend was not in the national interest.

He said: “Cutting aid will increase costs and have a big impact on our economy.

“Development aid reduces conflict. It reduces disease and people fleeing from their homes.”

He added: ”It is a false economy to pretend that this is some sort of cut that doesn’t have consequences.”

I am writing to you regarding the decision of Staffordshire Conservative Mp’s to vote with the Government to abandon the 0.7% of GNI target for international development spending.

In 2019, they stood on a manifesto promise to “proudly maintain our commitment to spend 0.7 percent of GNI on development”.

But, despite the commitment made to the people across Staffordshire, eleven from twelve Conservative MP’s have assisted your party in forcing through a cut to our development spending and abandoned the 0.7% target.

They could have stood with the courageous rebels in your party, like Karen Bradley, who stuck by their conscience to ensure that the UK met its commitments to protect millions of the most vulnerable people around the world – from war zones like Yemen to supporting girls’ education.

Instead, they sided with the government and against those who need our support.

They have broken a promise to constituents and to the world’s poorest.

Liberal Democrats have been making the case for UK development spending for almost sixty years. It’s not just the morally right thing to do, it’s the sensible step to take. As the pandemic has taught us, we are not safe until we are all safe.

That’s why we enshrined the 0.7% target in law in 2015. And that’s why Liberal Democrat MPs, activists, and campaigners will continue to fight for the restoration of the aid budget.

The Chesham and Amersham by-election showed us that people in Conservative seats care about our global reputation and the UK’s commitment to the world’s most vulnerable communities.

They are saddened by the Government’s decision to turn their backs on the world’s poorest, and they will not forget this shameful decision.