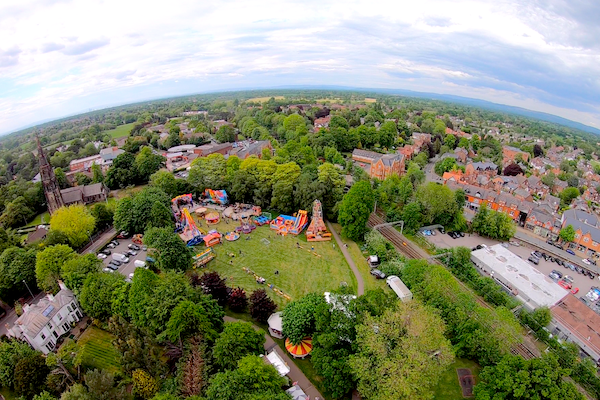 While countless events in the diary have faced the axe this year due to ongoing coronavirus restrictions, the Alderley Edge May (September) Fair hopes not be one of them.

Whilst the prospect for a return to large gatherings is not on the cards for the event’s usual May bank holiday time slot, organisers have decided to hold the event in September this year instead.

In the hope that outdoor events will become part of the calendar again later in the year, plans are underway to organise the delayed version of the Alderley Edge May Fair to ensure the safety of everyone attending and complete adherence to government guidelines.

The fair will include many of the usual attractions – such as the parade, fairground, market stalls, live music, entertainment and catering – and will take place on the weekend of 10th-11th September.

It’s hoped that by delaying the event until later in the year, time can be taken until the current situation eases and the team feel confident of putting on a safe, secure and an enjoyable weekend for the local community.

The weekend’s line-up of events will likely be announced a little later than usual, whilst those planning the spectacle take their time to fully understand what we can expect later on this summer.

They’re urging residents to put the date firmly in their diaries, and look forward to meeting everyone socially when it’s safe to do so.

Paul Marshall of the AEMF organising committee said: “As I’m sure you can expect we are continuing to monitor the Covid-19 situation, and its implications to outdoor community events such as ours.

“Hopefully by September we will have the right conditions for an event to take place. We are conscious that we may not want to encourage more visitors into the village.

“Instead, the May Fair will be a party for the local neighbourhood and business community; a chance for residents to mix outdoors safely and enjoy the entertainment.”

He added: “If there are any members of the community who would like to be involved in the organising committee or event team.”

You can email alderleyedgefair@gmail.com to get in touch with the committee.

Local businesses are also encouraged to get involved. Any traders interested in joining the event please contact Lisa Cowley by emailing independentstreetlisa@gmail.com for more details.