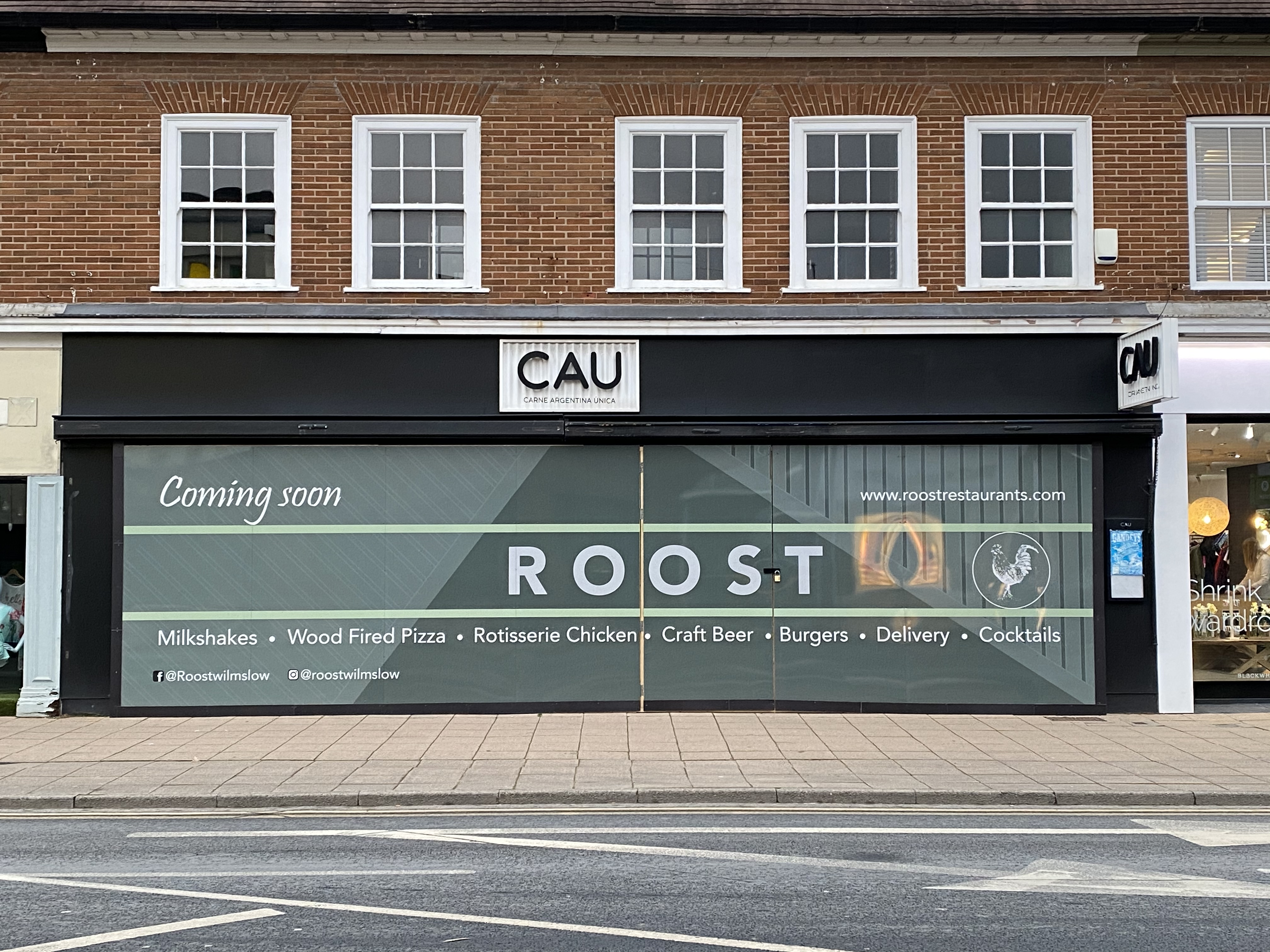 Work is underway for an incredible six new hospitality venues to open in Wilmslow town centre – including three on Water Lane alone! 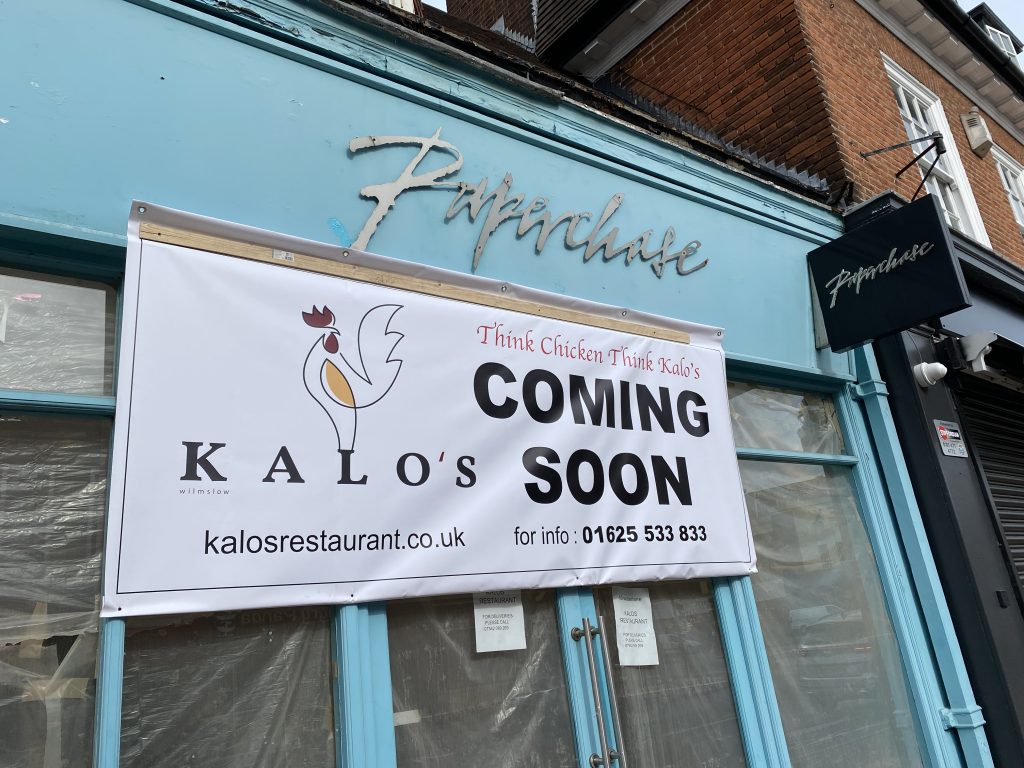 Kalo’s, a Mediterranean peri peri charcoal grill will open at 10 Water Lane, which has been empty since Paperchase closed in August 2019.

Firat Altindag – owner of the Zalos Group – has over 15 years experience, having worked in Gusto Alderley Edge before moving on to open a cafe in Knutsford and further a field to Stockton Heath and Latchford.

The restaurant will occupy the ground and first floor of the vacant property and the proposed opening hours are 12pm until 11pm Monday to Saturday and 1pm to 11pm on Sunday and bank holidays. 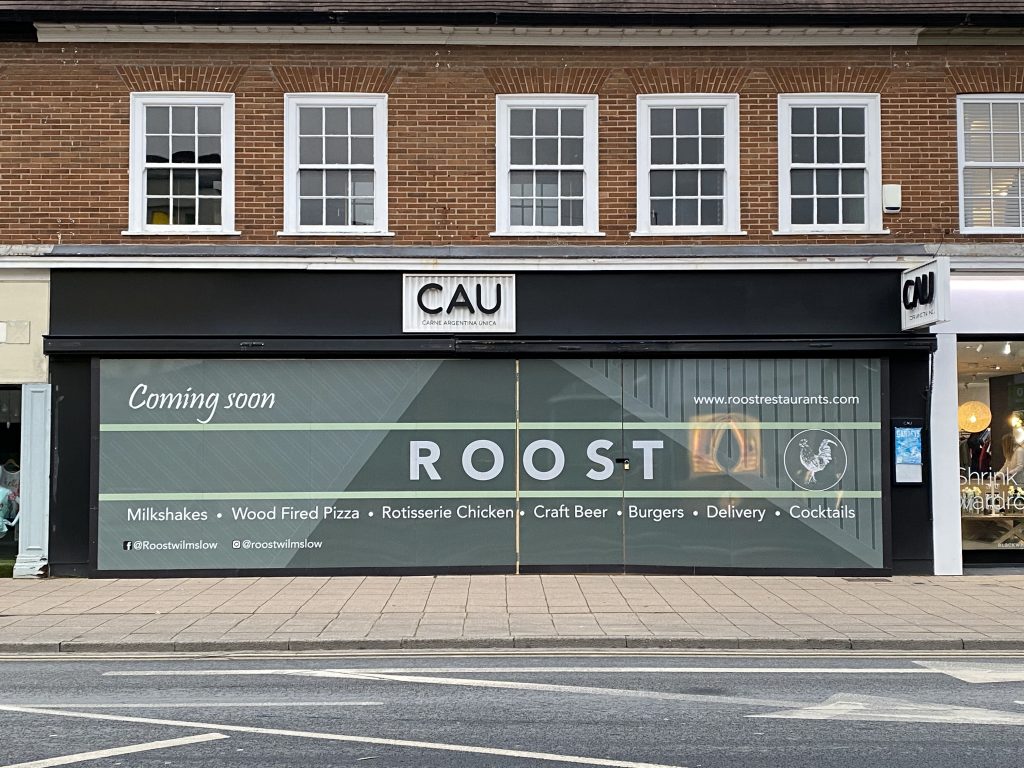 Roost is preparing to open its doors in the unit formerly home to CAU.

The Argentinian restaurant – which opened in March 2015 – closed after its parent company went into administration in July 2018.

Roost (which also has a restaurant in Heaton Moor which opened in 2017) will serve rotisserie chicken, wood fired pizza and burgers plus alongside a range of craft beers, cocktails and milkshakes. 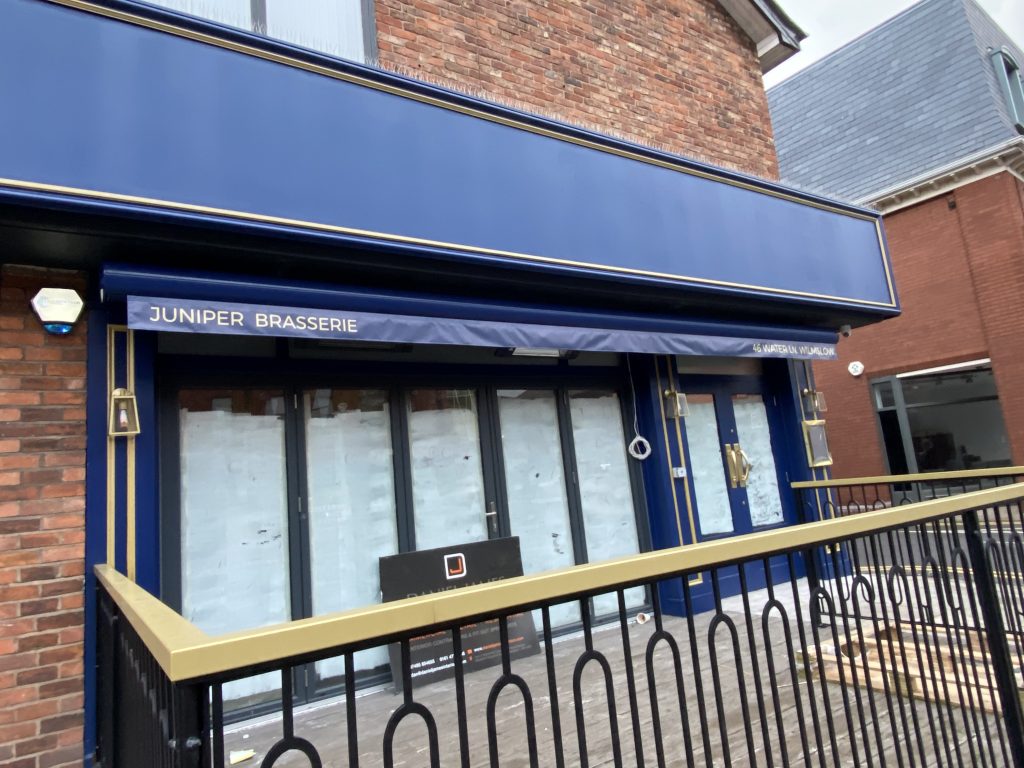 Juniper Brasserie is set to be opened by the team behind Juniper in Bramhall and Hale.

We’ll bring you more info as soon as we receive it. 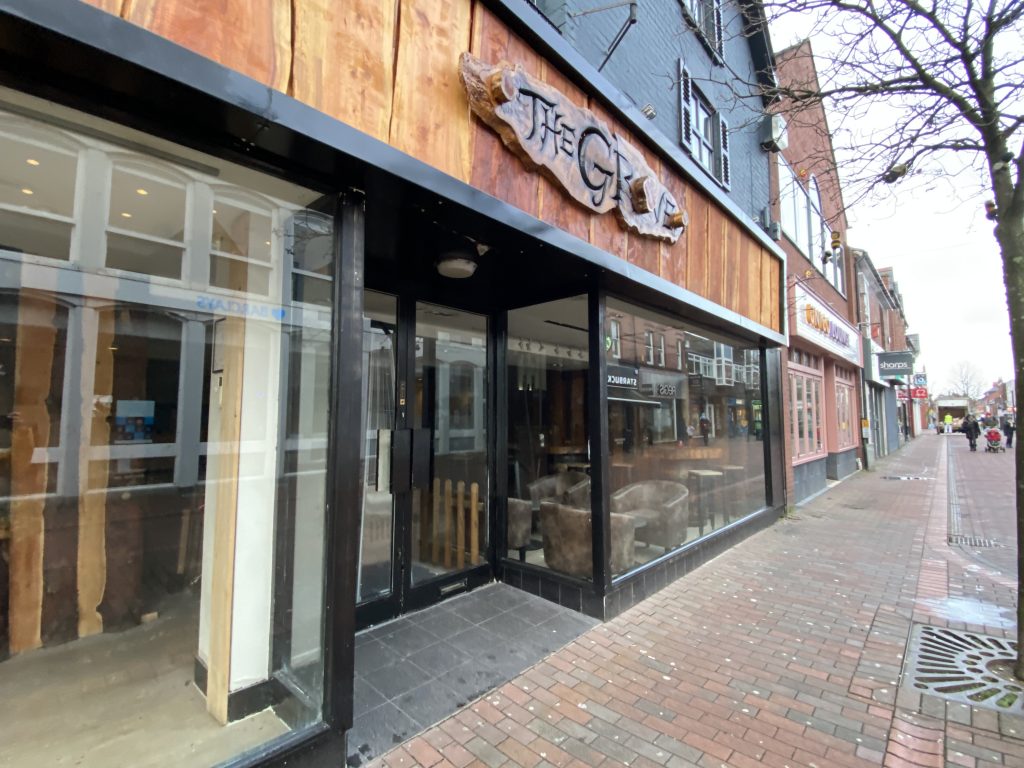 Market on the Grove (Grove Street)

George said: “We believe the project will add to the town centre, replacing an empty shop with an upmarket restaurant.” 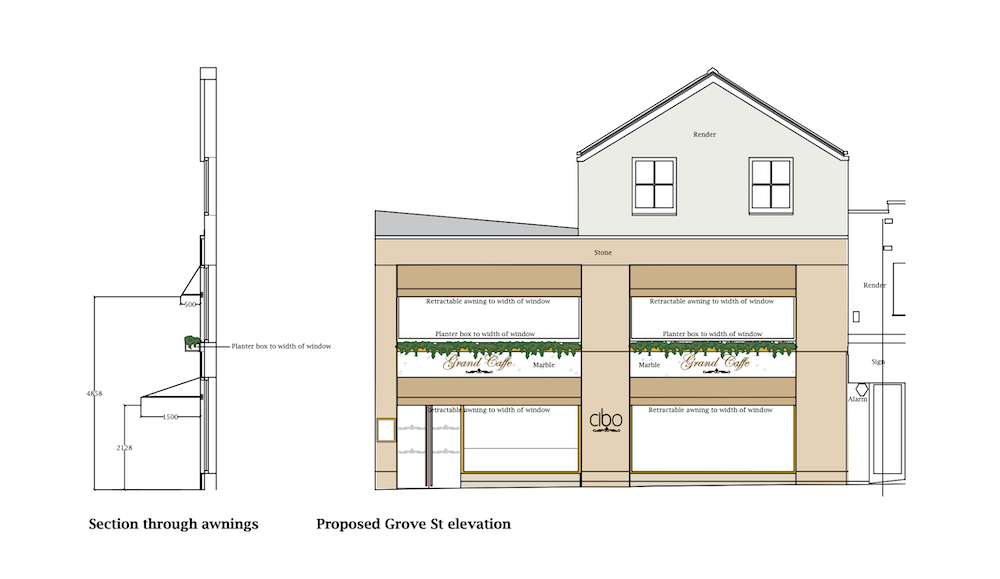 The owners of Cibo, on Green Lane, are looking to combine two units at 31 and 33 Grove Street into a restaurant.

In the planning application, Ian Garraway Architecture stated: “The new operator intends to invest heavily in the site, creating a better than previous level of employment.

“The success of Cibo has contributed positively to the town centre, and it is hoped that the new venture will have a similar impact on Grove Street.” 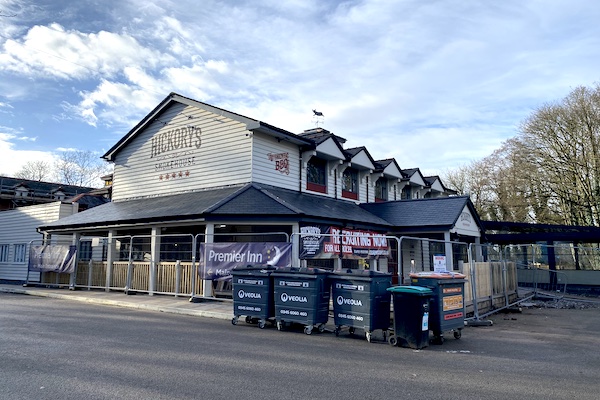 The eagerly-anticipated venue was supposed to open in spring last year, prior to lockdown restrictions putting the brakes on plans for the former Boddington Arms.

We checked in with the Hickory’s team a few weeks ago, and a spokesperson told us: “We’ve made great progress with the build but there is still a little more that needs to be done yet.”

They added: “We’re unsure of a reopening date at the moment… once we have more information from the government with regards to when restaurants are able to reopen we will be able to share an opening date with you all.

“We’re incredibly excited to get going and we’ve had some great feedback so far from our neighbours. Fingers crossed it won’t be much longer!”