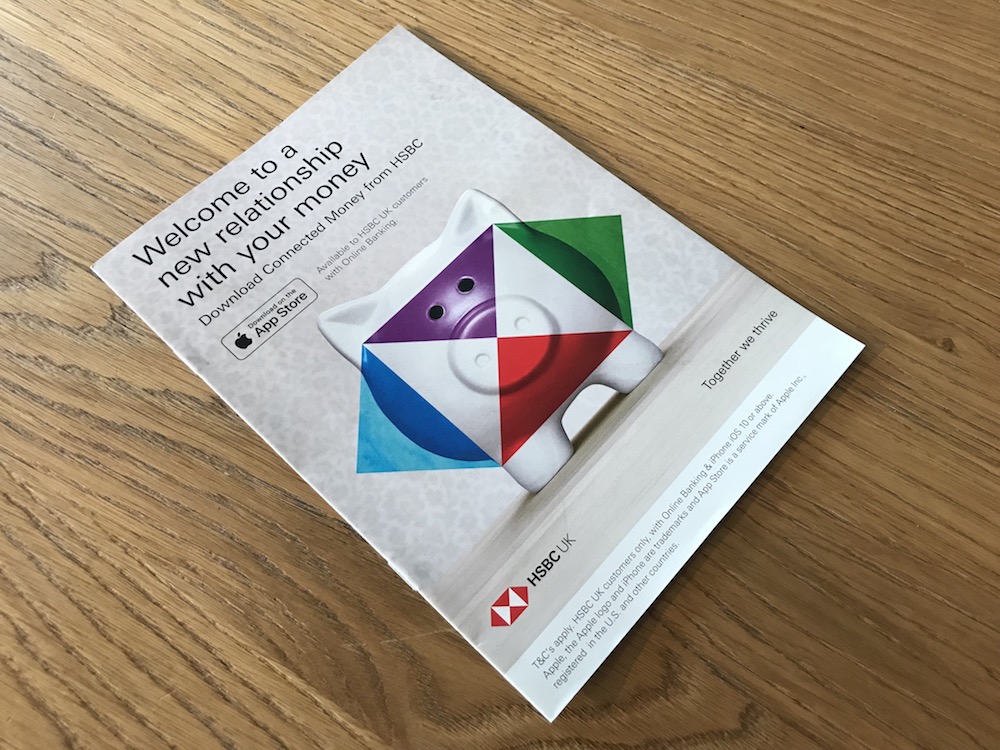 The new banking app is the first of its kind out of the stable in the race for ‘open banking’ which the government hopes will increase competition in the sector through innovation and the ability for consumers to compare financial products more easily.

Indeed, news headlines today reveal that more consumers will use smartphone apps than computers to do their banking in 2019, according to forecasts.

The newly released app from HSBC currently offers the bank’s own customers the option of seeing their accounts with the bank itself and those with other providers. HSBC says it plans to open the app to other banks’ customers next year.

I found the app to be really clever – in theory – as I can view all of my current accounts, business accounts, savings accounts and credit card accounts from various banks with just one log in.

The app also allows me to see a combined balance (ie: the total across all of my accounts) although this did not reflect available balances (a figure which also considers pending transactions) and I felt this could give rise to some confusion.

My main bug-bear with the app is the way in which it handles the security protocols of some banks. It means that, after an hour or so, it times out and requires me to enter my username and passwords all over again along with entering secure key numbers.

This is not HSBC’s fault, since they can’t dictate to other providers what their security settings ought to be, but it does mean that I need to sign in again – and that removes the main benefit of the app: namely, its one-touch sign in for all my banking.

However, I was impressed by a number of features of the app, and can see the prospect of more developments coming soon which will strengthen it further.

For instance, the app can filter transactions into different categories for closer analysis of your spending on: shopping, dining out, insurance, groceries, entertainment and so on.

It also lets users know the total amount owed on credit cards, and if your HSBC current account is the account you pay your bills from you will also be able to take advantage of its ‘balance after bills’ feature which should tell you how much you’ve got left to spend at the end of the month!

At the moment, I think the app is sadly just a little bit too clunky to be genuinely useful. However, I can certainly see the potential, and it’s exciting to see the first one of its ilk in action.

I can envisage other banks paying close attention, and there’s no doubt in future our banks will be able to use the data gathered from similar apps to offer us helpful ways of saving or cutting back so that we don’t overspend or dip into our overdrafts unnecessarily.

It may also mean closer inspection of savings and loan rates so that we can more easily switch our accounts to maximise what’s available. Imagine a notification from your bank: “You could get a better rate by switching your regular savings to XYZ Bank from ABC Bank.”