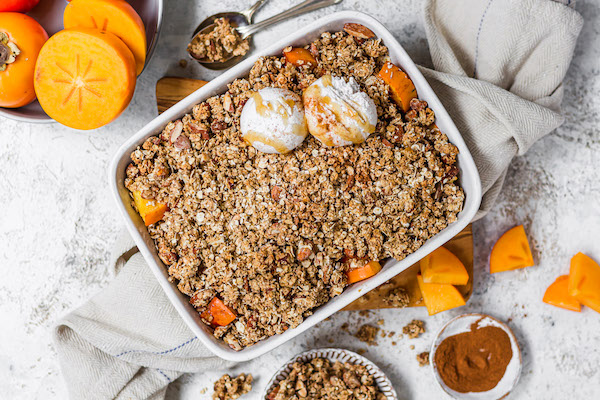 This gorgeous fruity crumble is both vegan and gluten free!

3-4 persimmons, sliced and into quarters

The fruit is usually referred to as persimmon (plural persimmons).

Sharon fruit – named after the Sharon plain in Israel – is the marketing name for the Israeli-bred variety. Their astringency is artificially removed, so they can be eaten at all stages of maturity.

Persimon is the trademarked name for the Spanish P.D.O. certified variety of the fruit – spelt with a single ‘m’ to help distinguish it.

The P.D.O quality seal is the only one in the world for a persimmon variety and is recognised by the European Union.

This specific variety is grown in the Ribera del Xúquer Valley, near Valencia. The variety currently grown in the area is called Rojo Brillante (Bright Red).

Persimmons have a sweet, delicate flavour similar to a peach or a mango and they are a good source of antioxidants, such as carotenoids and flavonoids.

They make the perfect snack as they don’t require any peeling and don’t contain a stone.

They are available in all major retailers from mid-October until January.

P.D.O Persimon has partnered with six food influencers, who have created a series of recipes featuring the persimmon fruit. 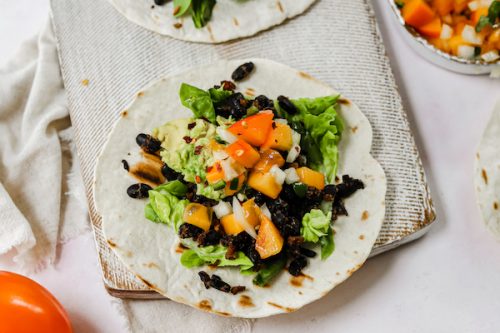 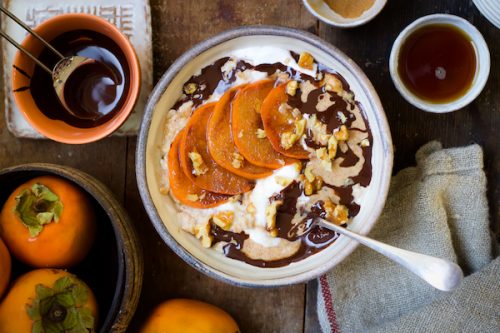