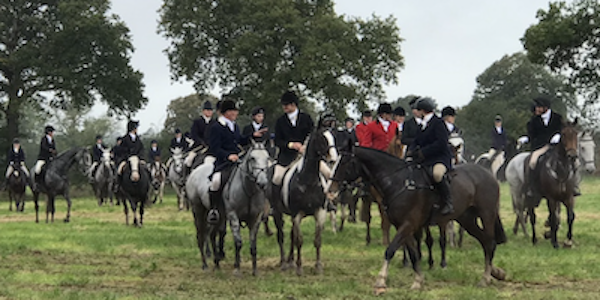 More than 70 local residents attended a public scrutiny meeting on Monday (25th Feb) to discuss the policing of hunting in Cheshire.

It follows an independent review into how the force polices illegal hunting and offences relating to it.

Ahead of the meeting, the police and crime commissioner received almost 200 individual questions from members of the public which he grouped into common themes.

Key issues raised by Mr Keane included: the enforcement of the Hunting Act 2004 by Cheshire police, the training police officers and PCSOs in Cheshire receive in relation to the act, the referral of hunting relating incidents to the Crown Prosecution Service, road traffic issues relating to hunting and the role of terrier men and the laying of scents during hunts.

The meeting also included a presentation from Ian Pollard from the Red Snapper group who carried out the independent review.

Ian outlined the findings of the review and the 11 recommendations it had made to Cheshire Constabulary to improve the way it polices hunts.

David commented: “It was pleasing to see so many local residents with a variety of views on hunting in attendance at the meeting.

“This level of public engagement shows the importance of this issue to people in Cheshire – that’s why it was important to hold this scrutiny meeting in public.”

He added: “Many issues relating to hunting were discussed at the meeting including my suggestion for both pro- and anti-hunt groups to work with police to implement an event plan ahead of hunt meetings to keep both groups safe.

“I would also like to see more preventative work implemented by Cheshire police to prevent offences related to hunting and enhanced training for all officers in wildlife crime.”

The commissioner will now create an action plan to ensure Cheshire Constabulary implements the recommendations made within the independent review and the actions discussed at the meeting.

This will be reviewed as part of the commissioner’s scrutiny board meeting with Cheshire Constabulary.

“This is by no means the end of the conversation on hunting in Cheshire,” added David.

I will continue to hold the chief constable to account to ensure Cheshire police is enforcing the current law in relation to illegal hunting, appropriately and legitimately.”

The independent review found that the current legislation in relation to hunting presents challenges for both investigators and prosecutors.

Mr Keane met with Cheshire MPs earlier this month to discuss the issues and says he will continue his conversations with elected representatives to explore legislative change to strengthen the Hunting Act.

Chief Constable Darren Martland commented: “The meeting was an opportunity to discuss the issues in an open forum with input from all sides.

“The assurance I can give is that we are taking the review seriously and we have already implemented many of the recommendations.

“The community is telling us this should be a priority for us and I see this as a real opportunity for us all to work together.”