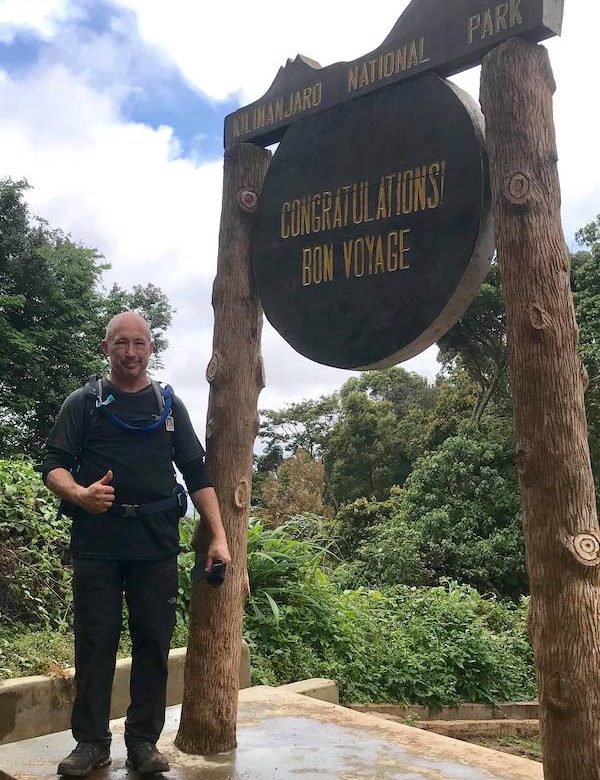 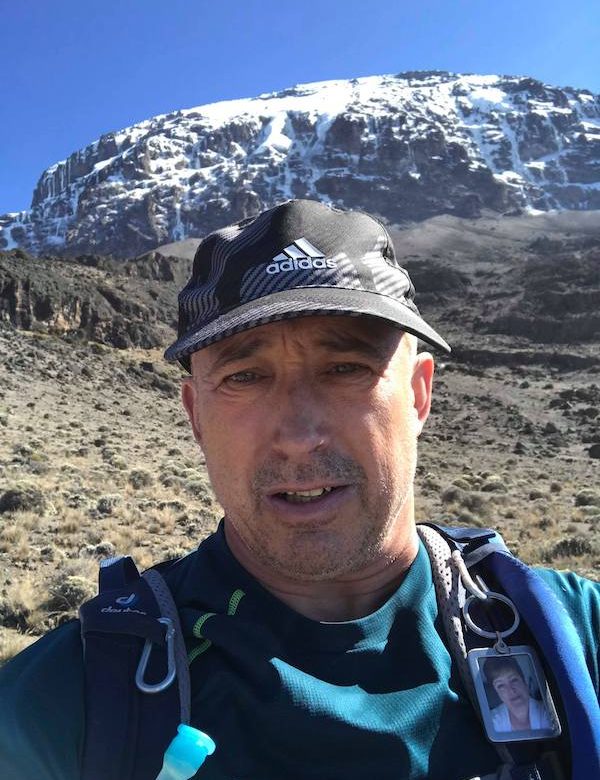 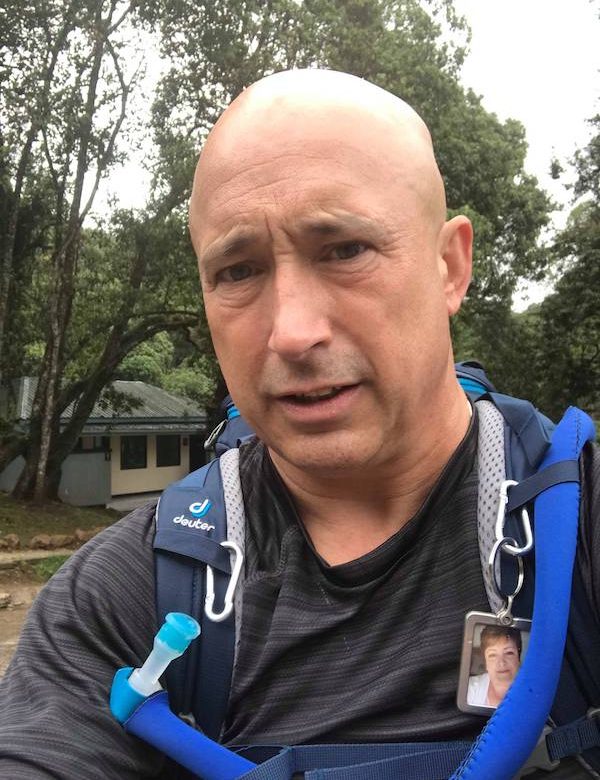 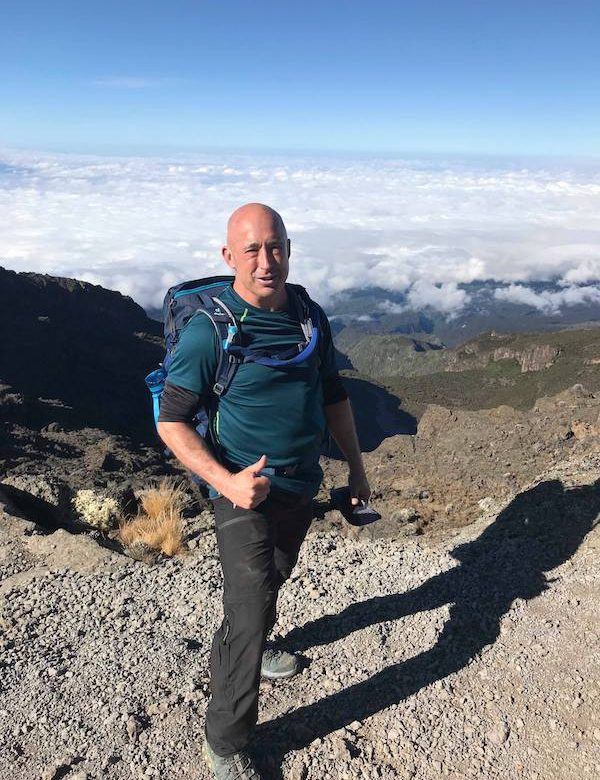 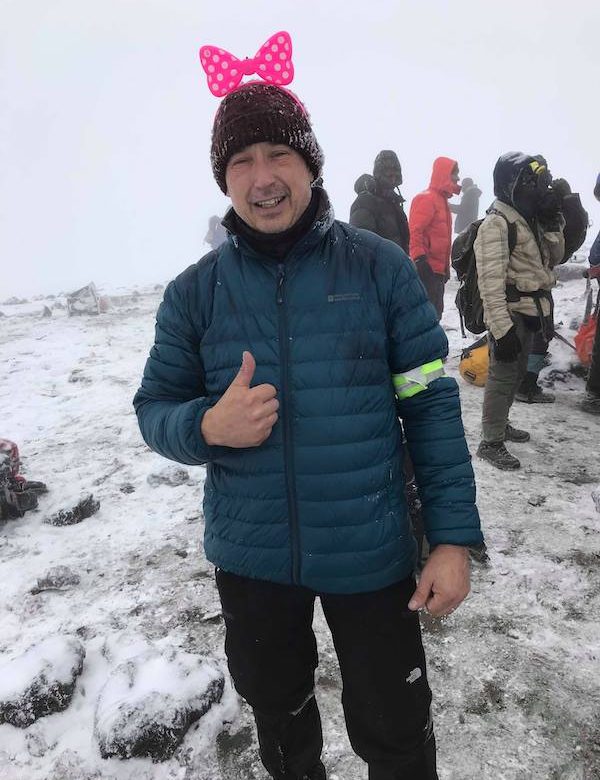 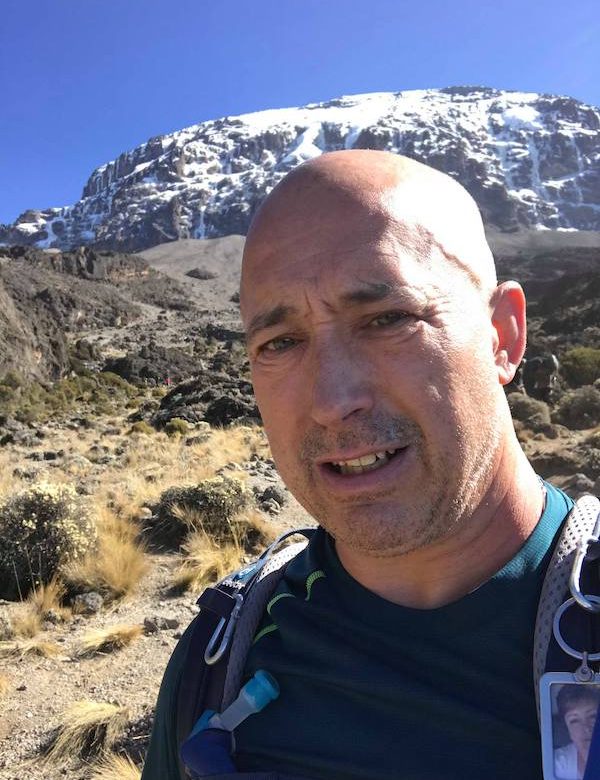 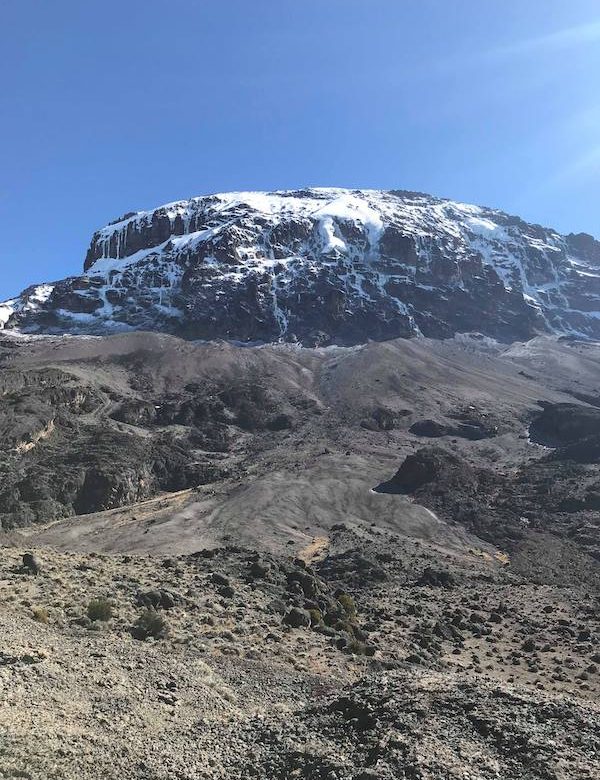 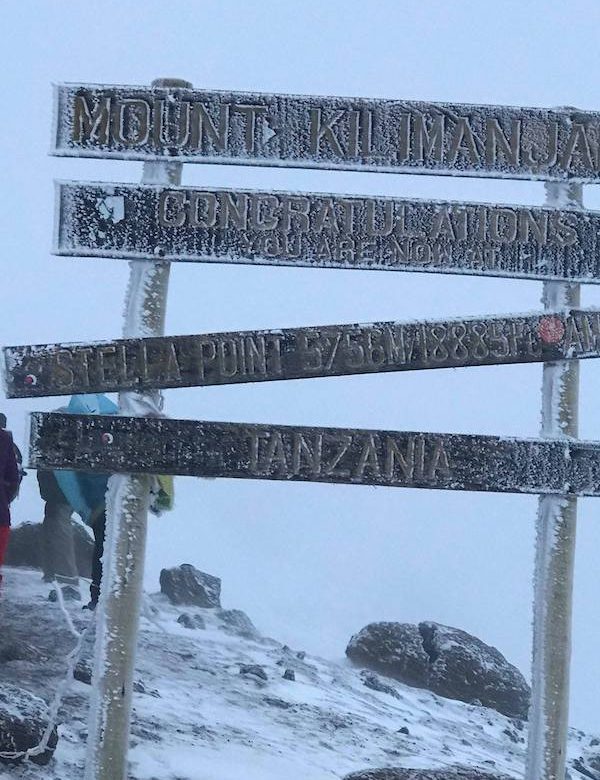 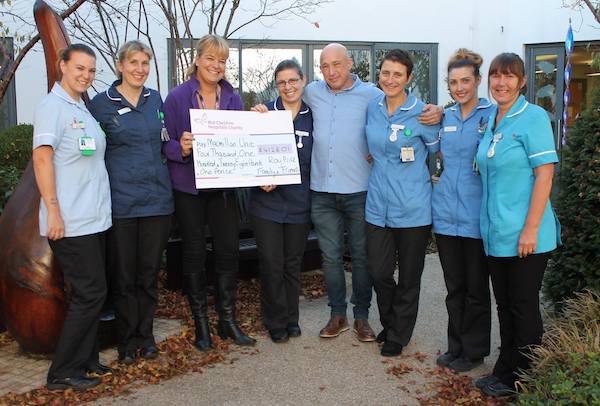 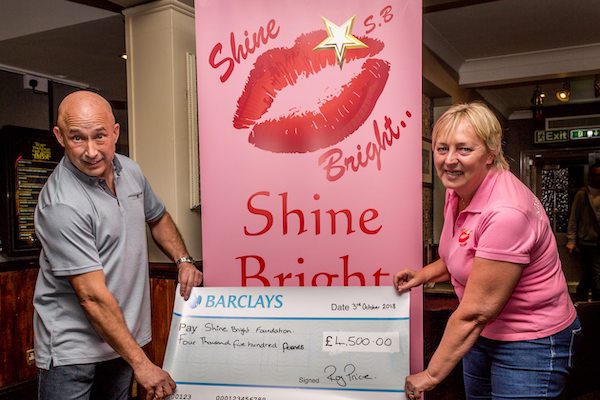 Roy Price, from Crewe, has successfully scaled Mount Kilimanjaro in aid of the Macmillan Chemotherapy Suite at Leighton Hospital in Crewe.

Roy made the self-funded trip to Tanzania to climb the highest mountain in Africa in September this year.

Before the start of his 6-day adventure, there was little doubt that the fit 51-year-old would saunter through the walking aspect of tackling the 5,895m high icon – but altitude sickness is another matter entirely and not something everyone can avoid, regardless of fitness level.

Kilimanjaro has a succession of climate zones; with rainforest giving way to heath, boulder fields and high desert before the final pumice-covered stage of the climb.

Roy raised money in memory of his wife – Ruth Price – who passed away in February this year from secondary breast cancer.

Ruth was treated at the Macmillan Cancer Unit at Leighton Hospital and received exemplary care.

Roy has also made a personal donation of £4,500 to the local charity ‘Shine Bright Foundation’ to help fund trials for triple negative breast cancer and support anybody receiving breast cancer treatment.

Roy said: “Well after only 17 weeks of training I did it. My friends were calling me crazy when I booked the trip to Tanzania at the end of April – you must be mad most of them said!

“I decided at the end of May to start putting some serious effort in to training. Not only did I shed one and a half stone in weight I put myself in the best position possible to take on Kilimanjaro.

“What an adventure! I’m telling everyone Kilimanjaro was easy and I guess it was compared to how I expected to be, but in honesty it was hard work.

“I had no idea what effects the altitude would have on my body, my first trip up a mountain was the 27th of May this year and believe me Kilimanjaro is nothing like Snowdon!”

Roy added: “I was extremely lucky as I suffered no altitude sickness whatsoever, although I did suffer with a stomach bug 24 hours prior to summit day meaning I’d had little or no sleep and couldn’t really eat much.

“Despite this when we headed for the summit I knew nothing would stop me, I was pretty tired and hungry so all I could do was to focus on my goal – of touching the stars on what would have been my 27th wedding anniversary.”

Roy also commented: “I achieved my goal and I stood on the highest mountain in Africa. I’d taken a pink flashing bow headband with me which I wore on the summit for a photo, some will understand this and some won’t.

“The pink bow was something I wore as I left Ruth behind at the Crematorium on the 22nd of February this year, the bow signifies the craziness and the happiness that Ruth spread throughout her life, this journey was about the memory of Ruth and supporting all those that helped her during her cancer journey.

“It’s absolutely amazing the support I’ve had and the number of people following my story.

“I really would like to say a big thank you to everyone for your support and your generosity, without your support I don’t think I would have achieved this.

“I still can’t believe that we raised £4,128.01 for the Macmillan Chemotherapy Unit, it’s a fantastic result.”

And as for what’s next… “It’s likely that you will see me around training very soon. I’ll be on a tandem bicycle so I guess easy to spot,” said Roy!

Carole Salmon, community fundraiser at Mid Cheshire Hospitals Charity, said: “A massive well done and thank you to Roy for completing this challenge of a lifetime.

“It has been a pleasure to support him with his fundraising.”

Jacky Atkinson from Shine Bright Foundation added: “What Roy achieved in such a short period of time this year is phenomenal.

“All his training and hard work and his continuous efforts to raise awareness of Shine Bright Foundation and Triple Negative Breast Cancer have boosted our charity no end.”