Liverpool is an international gateway for property investment 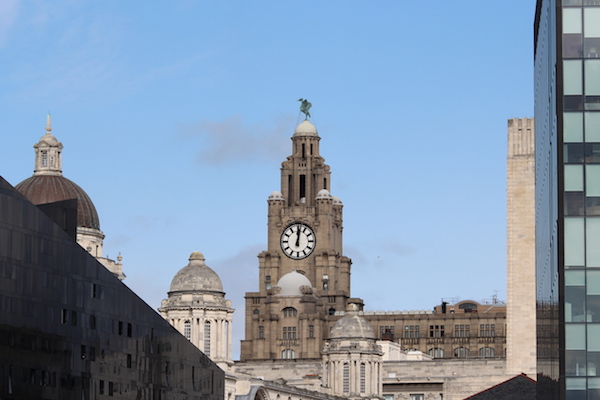 Home to proud ‘scousers’ and an undeniable sense of local culture, Liverpool’s population is branching out as access to the city improves with recent ‘gateway’ regeneration plans.

More people are choosing to move to Liverpool from other UK locations for work and study, with a heavy influx of international residents also taking to the city’s unique urban lifestyle. This evident movement of people into the city’s peripheries means investors in property are turning their attentions to this northern hotspot in the county of Merseyside.

Award-wining universities and grand regeneration plans are just some of the reasons why Liverpool’s population is growing steadily, however easy entrance into the city is integral to maintaining this unmatched level of interest from residents and investors alike.

Its outstanding rail network with connections around the city centre and outwards towards other major UK destinations is a big pull for residents moving to Liverpool. Stations such as Moorfields, James Street and Liverpool Central transport users right into the heart of the city and have lines running out to inner city and suburban towns such as Crosby plus connections to the Wirral – a huge focus for future regeneration.

Liverpool Lime Street extends the rail network, boasting train services that arrive in London in under two hours. This is an ideal journey time for commuters who work in the capital frequently but escape soaring London house prices for more affordable Liverpool alternatives, or for students wanting to visit home during holidays.

Other key areas throughout the Midlands and the South can also be reached by trains from Lime Street’s plentiful platforms, and a proposed direct line to Scotland is set to improve links up to the north.

Lime Street is undergoing comprehensive regeneration worth over £35 million to improve the service provided to consumers, with extra platforms and trains being remodelled and lengthened to accommodate more commuters and to offer a higher-quality experience. Services will run more regularly and stations will be generally more modern and safe.

Liverpool John Lennon Airport is another way of welcoming new Liverpool tenants. It’s the main point of access for overseas residents and especially students who are drawn to its 3 key poignant universities.

A major driver of the UK economy, improvements to infrastructure could raise the total annual GVA impact to £625 million.

Considered one of the North’s chief airports, it has witnessed an increase in passenger numbers of more than 25% in the last 4 years, now welcoming around 5 million passengers every year.

£100 million plans for growth include providing more long-haul flights to new destinations, expansion of the terminals, added car parking facilities and surplus passenger amenities such as surrounding hotels and restaurants.

This positive growth will encourage more foreign citizens to travel to Liverpool for permanent residence as it stamps itself as a leading gateway for international arrivals.

The L2 Superport is another form of entry into Liverpool, but in the shape of shipping liners and trade terminals. The leading regeneration company, Peel Ports, is investing £400 million in expanding Liverpool’s already established transatlantic port which will put the city on the map for owning one of the most cutting-edge terminals in Europe.

The deep-water container will house some of the biggest vessels in the world and will enable more trade between Liverpool and other key global shipping ports by more efficient routes into international markets.

Liverpool2 is helping to build a bridge between Liverpool and the rest of the world by permitting effective transportation of import and export goods.

This flagship development presents an abundance of employment opportunities that attract residents to the area whilst investors are keen to embark on property ventures close by to prime regeneration sites just like this one.