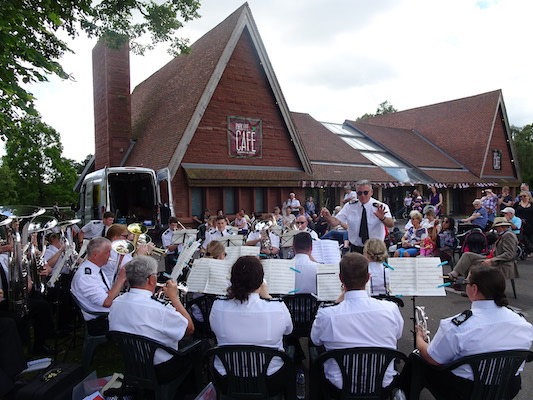 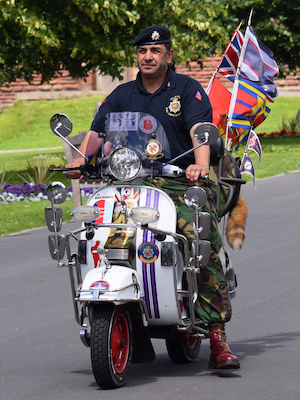 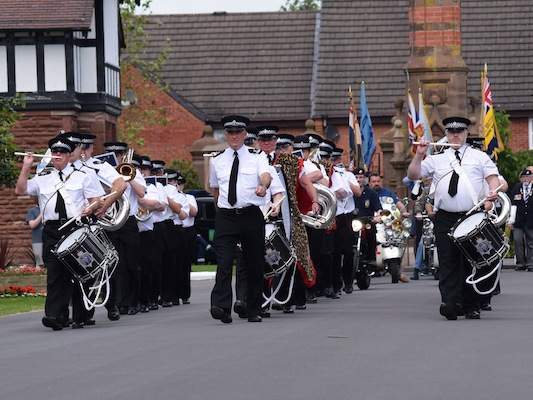 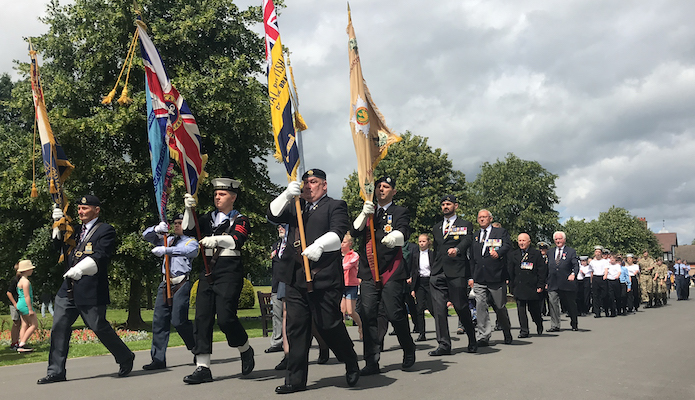 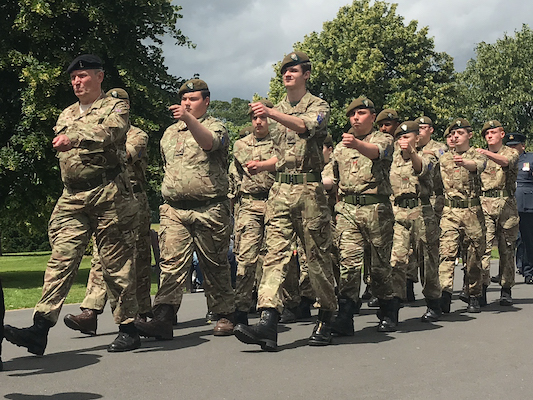 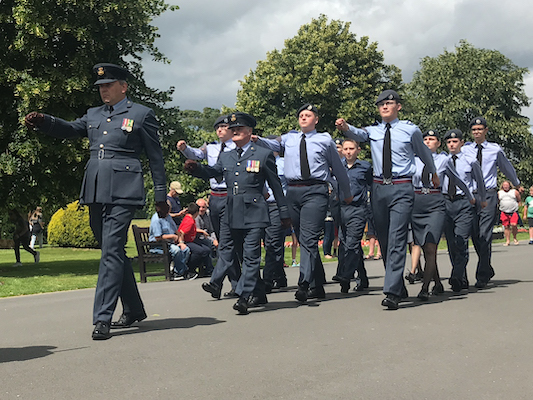 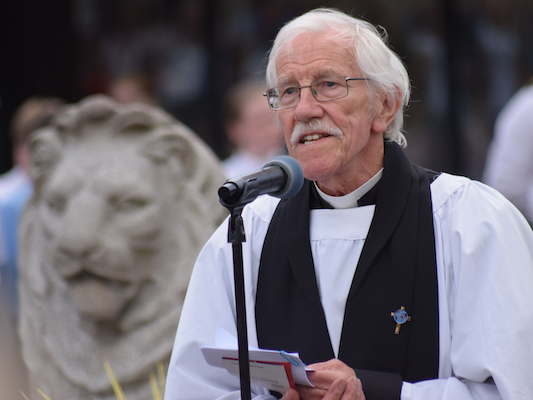 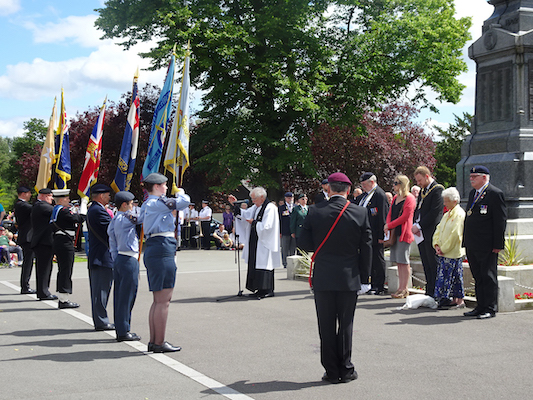 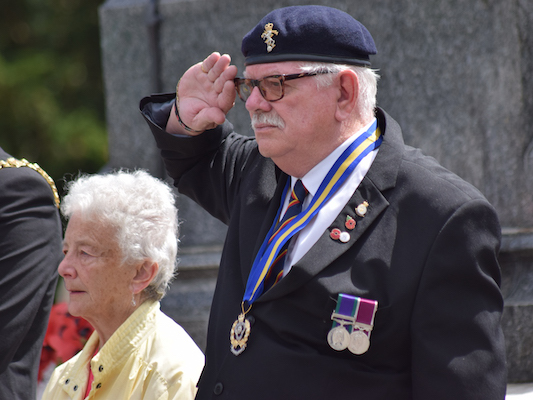 Article (including images and video) by Jonathan White

The annual event honours service personnel from all branches of the armed forces as well as veterans.

A parade took place from the Clock Tower to the Boer War Memorial in Queens Park, led by The Band & Drums of the Cheshire Constabulary, followed by Dabbers Scooter Club, military veterans, invited guests and cadets.

On arrival at the Boer War Memorial there was a service led by Rev Ken Sambrook (padre of Crewe Branch Royal British Legion) including the Prayer of Remembrance, the Last Post, a two minute silence and Reveille.

There were readings by mayor of Crewe, Cllr Ben Minshull and MP for Crewe & Nantwich Laura Smith. There were also hymns and the singing of the National Anthem.

There was a concert by The Band & Drums of the Cheshire Constabulary, a drill parade competition, a craft area, and children’s zorbing.

The event took place in warm and dry weather and was attended by several hundred people.

There were over 300 events held around the UK to mark Armed Forces Day. The events were particularly poignant this year, coinciding with the 75th anniversary of D-Day.