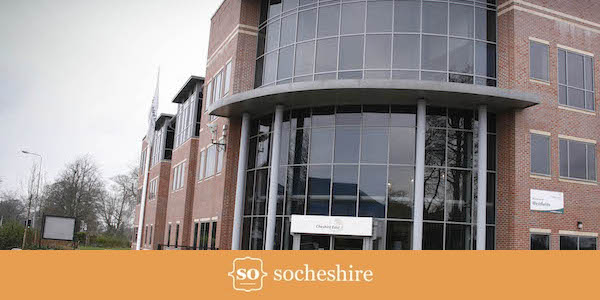 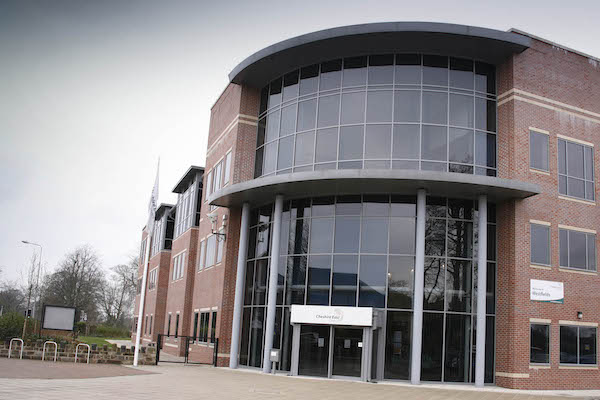 A Cheshire East councillor has sparked outrage after emailing colleagues to inform them he intended to attend an upcoming council meeting despite testing positive for Covid-19.

“However, given that I have had two jabs I am not concerned.”

The email continued: “Since I have a skin condition, I do not wear a mask but rather a visor, I plan to attend tomorrow as required.

“Those of you who are shielding may wish to keep social distancing from me.” 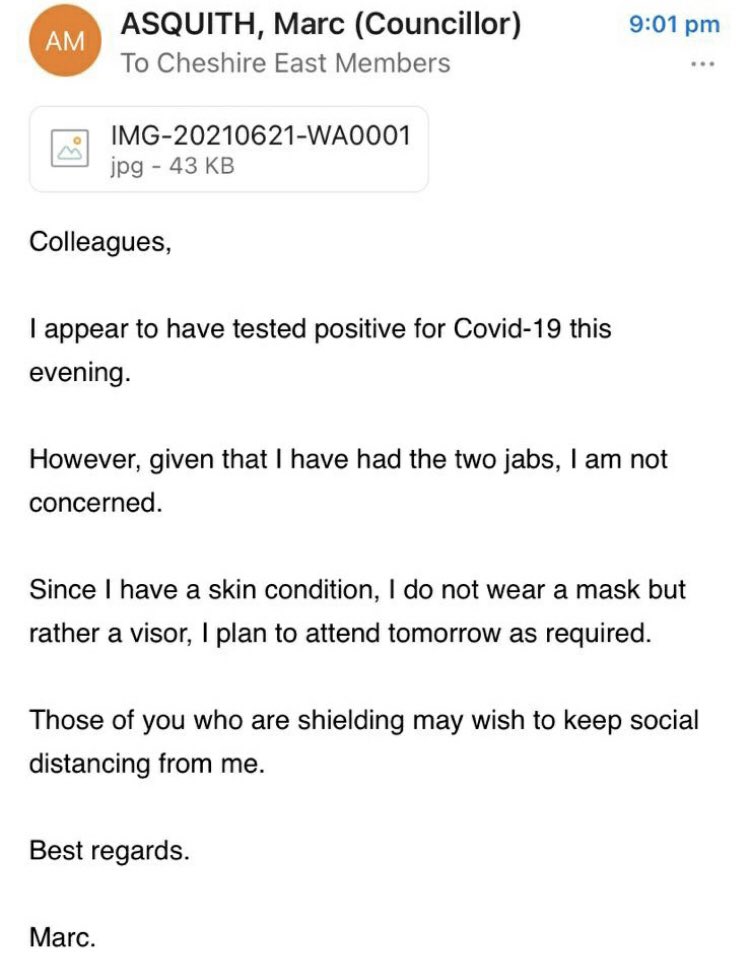 Councils have now returned to in-person meetings following the expiry of temporary legislation which enabled them to conduct council meetings via video conferencing software such as Zoom.

Posting on Twitter the Labour chair of Alsager Town Council, Cllr Michael Unett, said: “The sheer arrogance of  Cllr Marc Asquith to not take this pandemic seriously and in planning to attend full council despite testing positive.

“I fully expect [Cheshire East Conservatives] to not only condemn this behaviour but also to take disciplinary action against Cllr Asquith.”

A spokesperson for Cheshire East Council said: “We have been informed that Cllr Asquith has offered his apologies for today’s council meeting, and will not attend.”

This morning, Cllr Asquith explained that he had misinterpreted a lateral flow test result, but confirmed that he will nevertheless not be attending today’s meeting.

He explained that he confused the ‘C’ line on the test as meaning Covid-19.

On lateral flow tests a ‘T’ result indicates the presence of Covid-19 whereas the ‘C’ indicates the subject is clear (within the margins of the test’s accuracy).

Commenting on his desire to attend the meeting in-person, Cllr Asquith said: “In the cold light of day that probably wasn’t the wisest decision. It was just an excess of enthusiasm.”

He emailed councillors this morning to apologise for any upset caused and to formally provide apologies for his absence.

He said he made the decision not to attend, after reflection, to reassure council colleagues that he’ll stay away.

He said: “It’s nothing to do with Covid-19, it’s to do with keeping elderly members reassured.”

Cllr Asquith highlighted the problem councillors currently face in attending meetings since legislation enabling them to attend virtually is no longer valid.

It means, according to the council’s constitution, that councillors must be in their place – meaning they have to be present in-person for votes to be counted.

There is no facility to attend debates or cast votes virtually. “If you feel strongly about something, there’s no way to contribute unless you’re there,” explained Cllr Asquith.

He said: “What I’ve done today is I’ve spoken with the mayor to explain the problem with the item  I was seeking to address. I don’t know whether it will get raised in my absence.”