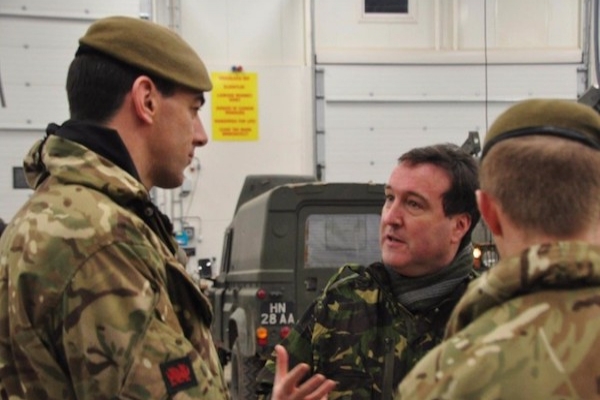 The visit also included a tour of the cyber security centre managing efforts against cyber attacks from Russia as well as spending time with front line infantry and armoured cavalry units from the Royal Welsh Regiment and the King’s Royal Hussars.

Mr Matheson is currently taking a year-long placement with the British Army as part of his parliamentary duties to learn more about how our armed forces operate.

Chris said: “It was great to meet the soldiers and spend some time with them, and many of the Royal Welsh had previously served in Chester at the Dale Barracks so knew our city well and had fond memories of it.

“It was cold and wet but the men were clearly well trained and skilled and up for the job we have asked them to do.

“The battlegroup is there to give support and confidence to Estonia and to remind President Putin that we take our obligations to NATO seriously.

“Talking to Estonian politicians, they are strong supporters of NATO and European Union membership, and can well understand why Putin wanted Brexit to happen – they know we are stronger together.”