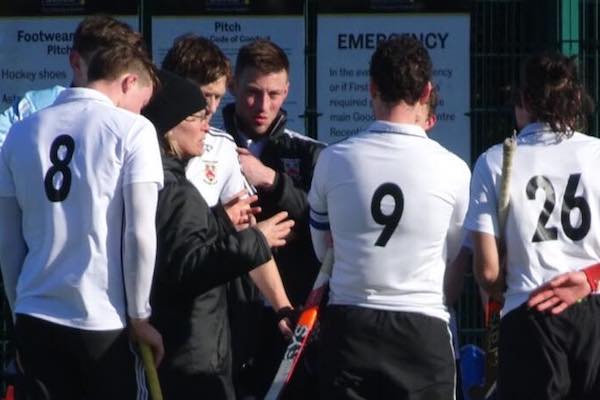 A loss and a win this weekend saw AEHC Men’s 1st XI move up to second place in the North Premier League, crucially making their chances of promotion into the Conference North, the second highest league in the country, a real possibility.

The weekend didn’t start well when the men went down 0-1 to University of Durham on Saturday.

However, a Simon Parr hat trick, one goal from Ben Gregory and a converted penalty stroke from James Warburton against Sheffield Bankers on Sunday earned Edge three valuable points which saw them move ahead of local rivals Didsbury Northern with four games of the season left to play.

There really is all to play for now when they host Wakefield, who are just one point adrift of Edge and also on the hunt for promotion, next weekend.

The Ladies’ 1s also faced extremely well-drilled and fit opposition from University of Durham in their North Premier League fixture and did well to come away with a 1-1 draw.

With a smaller squad than normal due to availability issues, Edge held their own and defended well against relentless pressure from Durham.

Then, after 27 minutes, Lois McTiffin picked up a loose ball and beat a couple of Durham players before finding player of the match Issy Reynolds Duffy who slotted the ball beyond the keeper.

The score remained the same until, with 13 minutes to go, Durham managed to draw level.

The Men’s 2s racked up 11 goals for the second time in a month in a comfortable 11-0 home victory over a struggling Lancaster and Morecambe 1st team.

The score was 7-0 at half time with Edge keeper Jim Riley’s only involvement in the match being a double save from Lancaster’s sole short corner.

The Ladies’ 2s remain three points clear at the top of Cheshire League Division 1 with three games remaining after beating Warrington 1-0 on Saturday.

Next weekend could see the ladies close out their bid for promotion if they beat second-placed Bowdon 3s.

The Men’s 3s had a challenging trip to Northop Hall and ultimately went down 2-4 on a pitch that more closely resembled a beach than a playing surface, while the 4s gave 100% to draw 4-4 with Bowdon in North West Division 4.

The 7s retained their fourth place in Division 6 with a 4-1 win over Whitchurch.