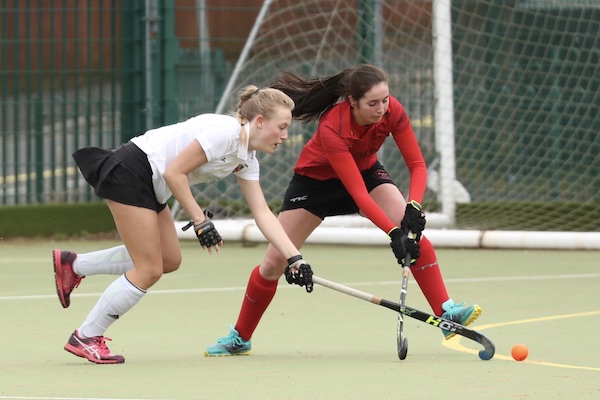 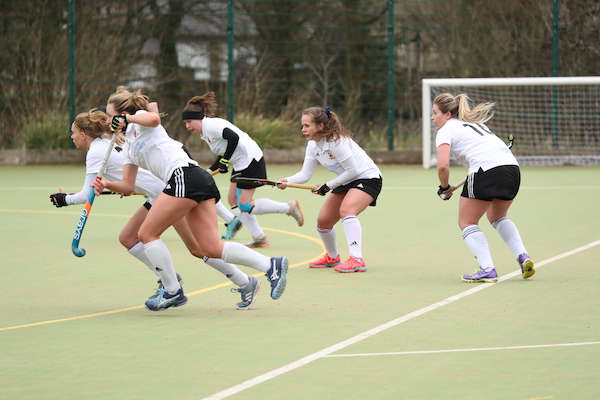 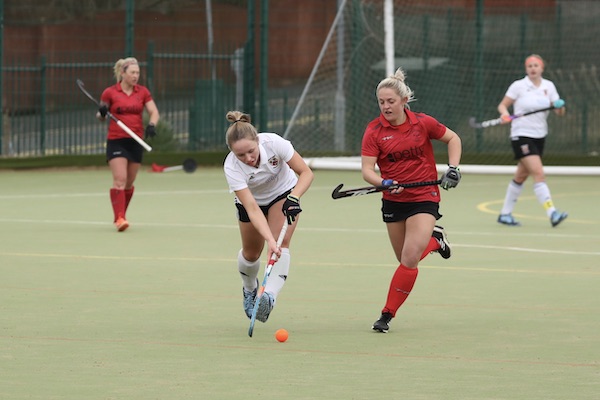 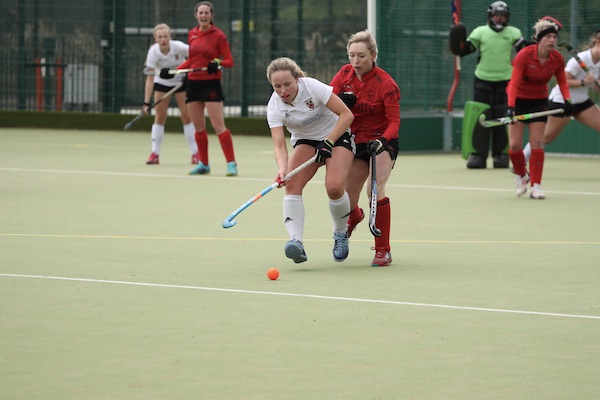 Edge weather the wind… and win!

Alderley Edge Women’s first team weathered Saturday’s storms and gales away at Pendle Forest HC, based at windswept Nelson in Lancashire, to post a fine (3-1) victory.

The first quarter started with multiple Edge circle penetrations leading to a field goal on 14 minutes from Sacha Currie-Hateley, set up by a lovely ball in from Becca Downing-Holmes.

The second goal came a minute later, after Sarah Hopkins trademark fast-paced ball to the right (making the pitch look a lot faster than it was) led to a run down the wing from Izzy Reynolds-Duffy who delivered a measured ball in to the ‘D’ for a cheeky tap in from Bex Ward.

Edge played and rotated two high forwards with great pace and an aggressive approach trapping through balls well despite the windy conditions.

More circle penetrations and players present in the ugly zone of the ‘D’ led to more chances on goal.

The Edge defence was very tight giving nothing away.

Player of the match and encouraging captain, Sophie Hetherington was her best self (like a ‘brick wall’) defending outside the ‘D’ with a low left hand and not allowing Pendle to have many chances on goal.

Sophie went the extra inch making her way up the pitch many times  and linking with the midfield  and forwards to great effect, a true captain’s performance leading by example, inspiring confidence in all the players around her.

The second quarter didn’t see any goals for either team and the score remained 2-0.

Edge keeper Grace Hardy made some extraordinary saves and provided positive feedback to the defenders when Pendle played their long through ball game looking to find attackers high up the pitch.

Quarter three saw both Edge and Pendle getting a little frustrated, increasing the physicality of the game and a couple of green cards were issued.

Some beautiful balls through from Lottie Wright gave Edge the extra inch and some clinical breakthroughs whilst Pendle pressure was well contained by a confident Alderley defensive unit.

In quarter four, Pendle managed to score on 49 minutes through Steph Bedford but the Edge white wall (wearing their new sponsored white away shirts) kept their heads up and continued to play neat controlled passing hockey.

Keeping possession was vital now as Pendle ran the ball out of defence looking to find their high  forwards with hard hit passes.

Edge won a number of penalty corners late on and a great slap pass  in from Sarah Hopkin  rebounded from a deflection off the goalkeeper for Currie-Hateley to force over the line for Edge’s third and final goal.

The game finished 3-1, a well deserved win and double over higher placed Pendle, an important three points for the Women’s 1s taking them to sixth in the Investec National League North Conference.

It was another tough weekend for the Alderley Edge Men’s 1s, losing away on Saturday at Barford Tigers (3-0) and again at home on Sunday going down (4-2) against high flying Timperley, a team Edge beat comfortably (6-0) away in first match of the season.