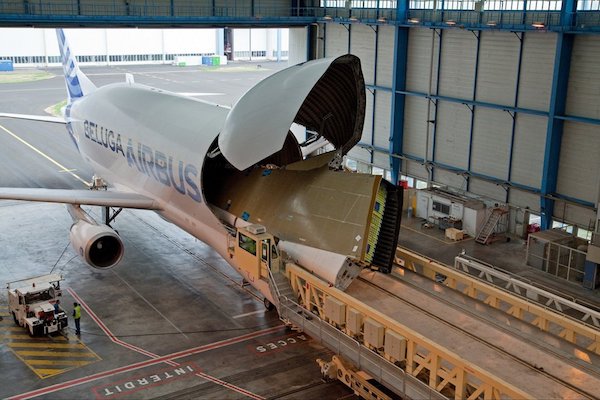 Airbus has this week published a risk assessment outlining the urgent risks to its business arising from the UK exiting the European Union without a withdrawal agreement.

In it, the company states that the UK exiting the EU next year without a deal – therefore leaving both the single market and customs union immediately and without any agreed transition – would lead to severe disruption and interruption of UK production.

This scenario, it continues, would force Airbus to reconsider its investments in the UK, and its long-term footprint in the country.

Airbus says that outcome would severely undermines the UK’s efforts to keep a competitive and innovative aerospace industry.

More than 1,000 aircraft wings are produced each year at the Airbus site in Broughton, near Chester.

The site assembles wings for the entire family of Airbus commercial aircraft.

On the future trade relationship between the UK and EU, the memorandum makes clear that Airbus bosses believe that, while an orderly Brexit with a withdrawal agreement is preferable to a no-deal scenario, the current planned transition (which ends in December 2020) is too short for the EU and UK governments to agree the outstanding issues.

They add that it is also too short for Airbus to implement the required changes with its extensive supply chain. In this scenario, they say Airbus would carefully monitor any new investments in the UK and refrain from extending its UK suppliers/partners base.

“Therefore, immediate mitigation measures would need to be accelerated. While Airbus understands that the political process must go on, as a responsible business we require immediate details on the pragmatic steps that should be taken to operate competitively.

“Without these, Airbus believes that the impacts on our UK operations could be significant. We have sought to highlight our concerns over the past 12 months, without success.”

He added: “Far from Project Fear, this is a dawning reality for Airbus. Put simply, a ‘no deal’ scenario directly threatens Airbus’ future in the UK.”