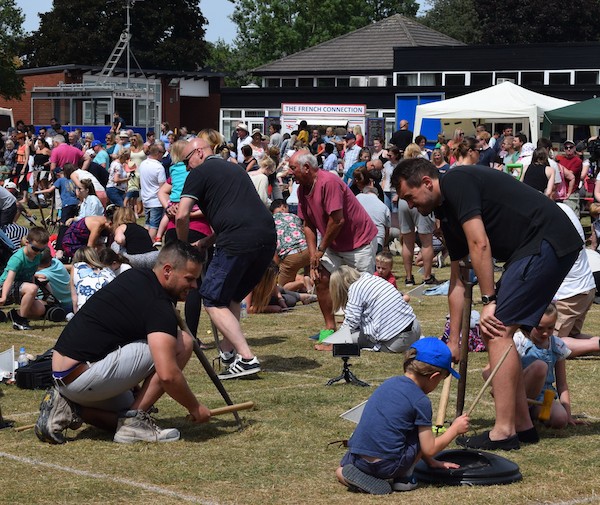 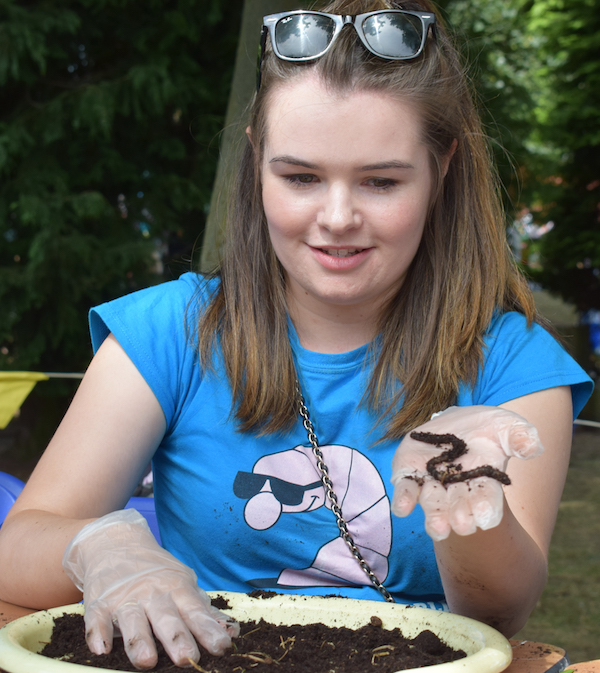 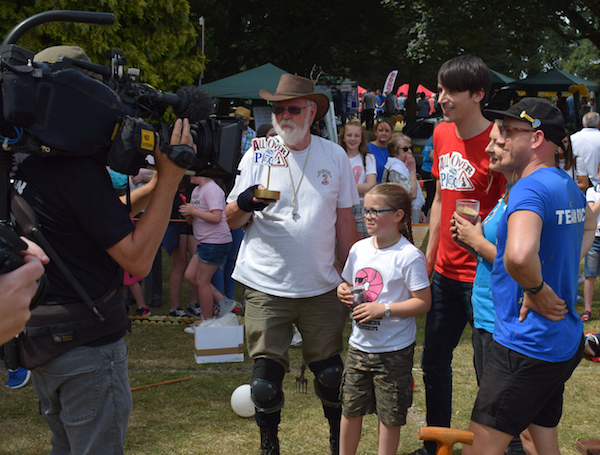 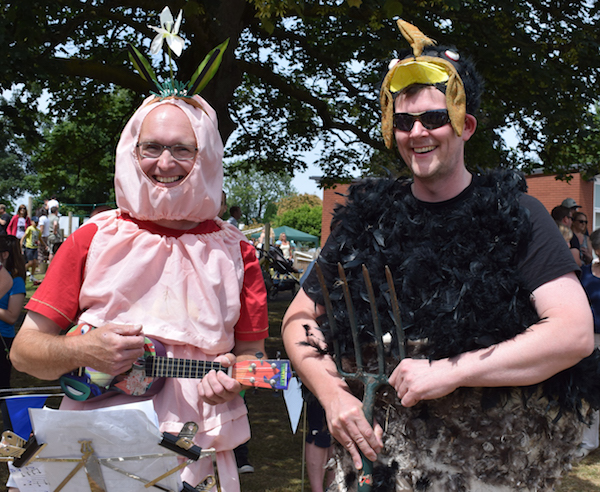 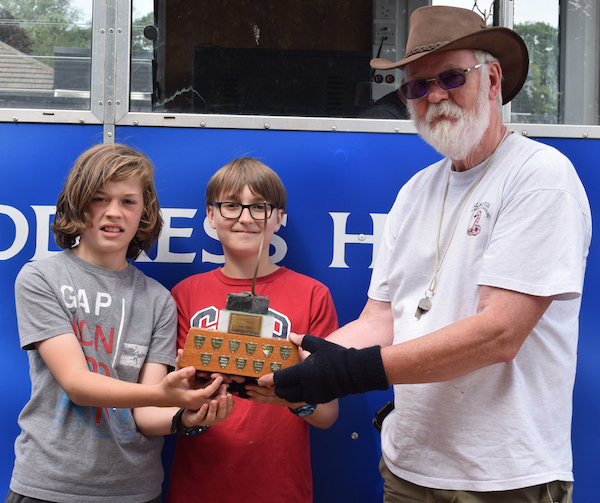 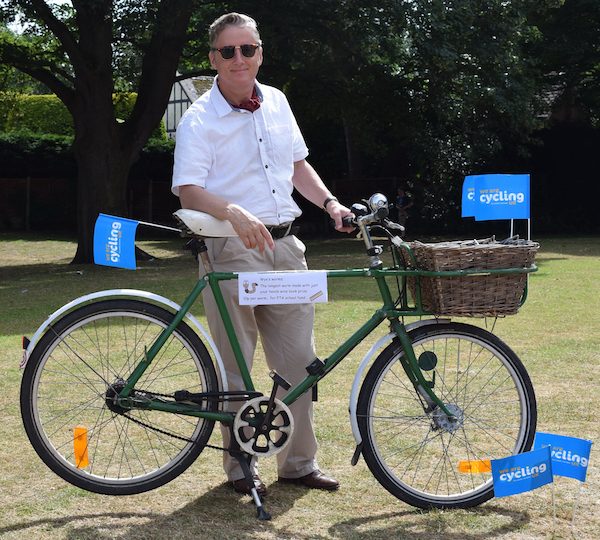 The championship worming commenced at 2pm following an inspection of the plots by the International Federation of Charming Worms and Allied Pastimes (IFCWAP).

Participants in each of the 144 plots had 30 minutes to collect as many worms as possible from their 3×3 metre plot. There were ‘traditional’ plots for two adults and two children and ‘tag-team’ plots for teams who wished to change their pairings throughout the charming period.

Techniques included the traditional method of vibrating a garden fork, along with alternative methods such as jumping up and down, banging drums, whacking a tennis racquet and bouncing a football.

Chris White from Wistaston and Andrew Feltham from Northwich dressed as an earthworm and a blackbird respectively. Chris played the ukulele whilst Andrew played the maraca.

Songs performed to entice the worms included: ‘You Raise Me Up’, ‘Earth Song’, ‘Green, Green Grass of Home’, ‘Whispering Grass’, ‘The Birdie Song’, ‘Wiggle It’ and ‘Good Vibrations’.

Chris said: “It was great fun but really hard work. Unfortunately, I believe the blackbird scared away all the worms, as we didn’t collect anything!”

Credit for their attire goes to Julie Blackhurst from Crewe, who expertly made the custom-built costumes.

Other events taking place in the playground and arena included dancing and singing by the X-Academy of Performing Arts.

The arena and adjacent areas were surrounded by charity stalls, an inflatable slide plus food and drink outlets.

The chief wormer’s trophy for youngest wormer was awarded to Sam Forster who is 11 weeks old.

The most promising newcomer award was in plot 85 with 5 worms.

For the first time ever, the heaviest worm trophy was a tie with five groups finding a worm that weighed 3 grams.

The championship trophy for most worms was won by James Martin and friend Sam Bromley in plot 29 with 11 worms – both year 6 pupils at Willaston Primary Academy.

There were two television film crews present at the event.

Licklemor Productions were filming for a Sky One youth entertainment magazine show called ‘What’s Up TV’, due to be broadcast on a Saturday morning, with the new series starting on 4th August this year.

The BBC were filming for a CBBC children’s programme called ‘All Over the Place’ due to be broadcast in January 2019.

The event took place in dry and sunny weather and was enjoyed by several hundred people.