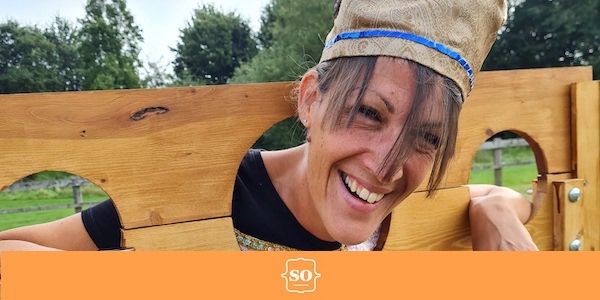 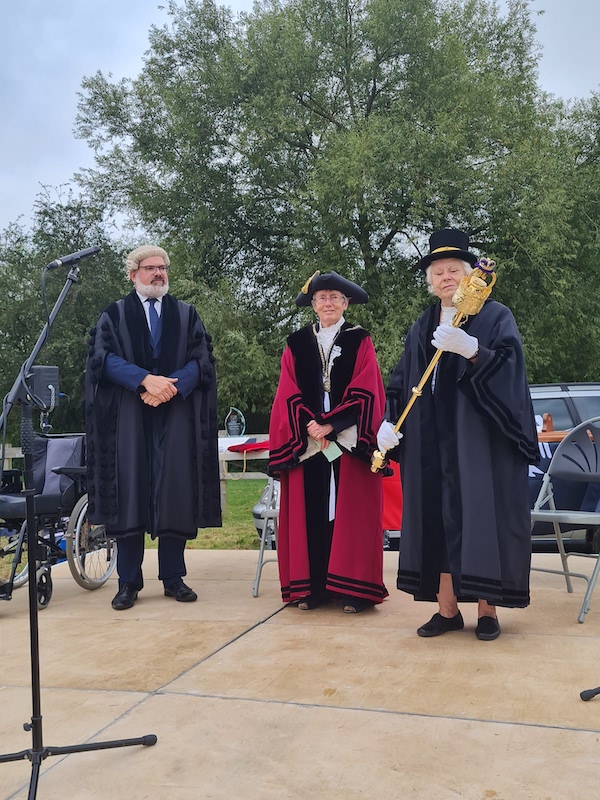 Following the delay in lifting Covid-19 regulations until 19th July, Buckingham Town Council decided to postpone Celebrate Buckingham (which was originally due to take place in July) until Saturday 4th September.

Organised by Buckingham Town Council and the Buckingham Society the event was arranged to celebrate the range of voluntary organisations who are serving the town, and to enable local groups to raise funds and recruit volunteers and to bring residents together. 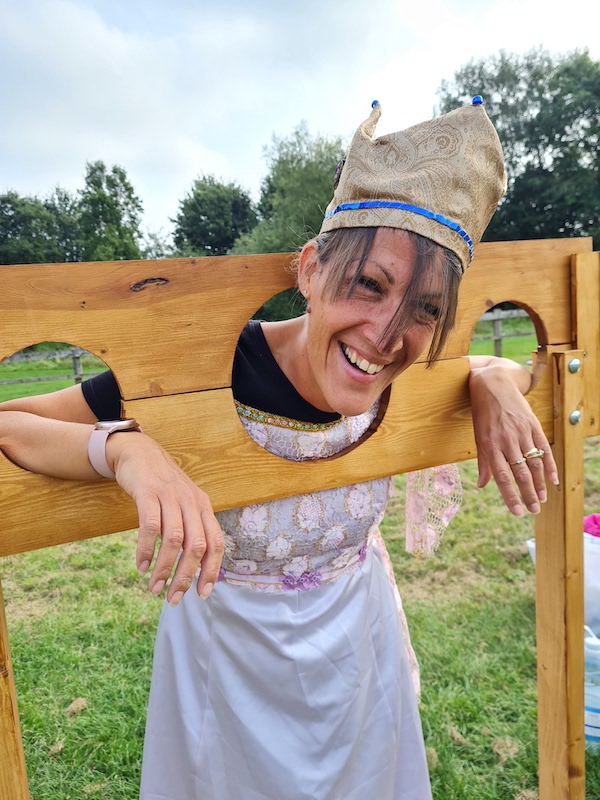 This was the first time the event had been held – the overwhelming feedback to the town council has been that another event should be planned for next year!

The council are currently making plans for events in 2022, and would be happy to hear any suggestions, and particularly from any groups or individuals who are interested in holding events next year.

The event took place under blue skies in the paddock in Bourton Park. 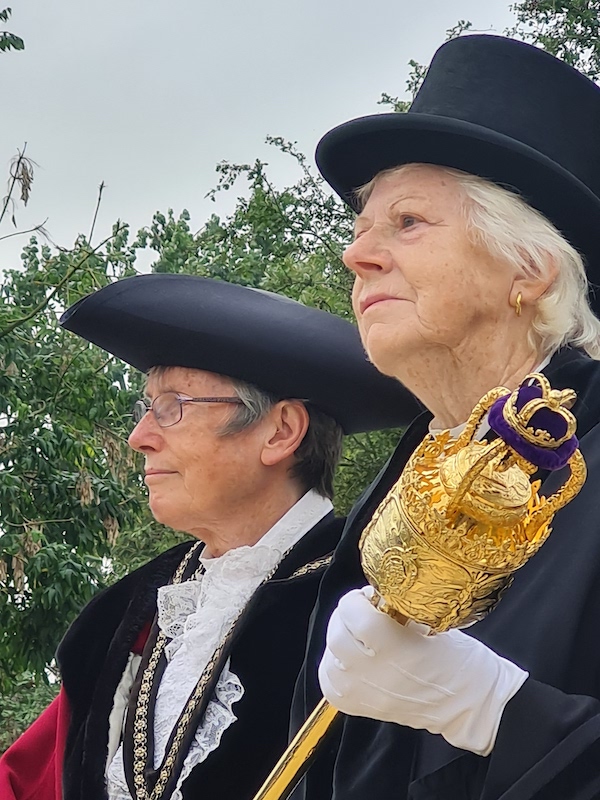 Members of the public where given the opportunity to see Buckingham’s new mayor Cllr Margaret Gateley formally robed for the first time.

There was also the presentation of civic awards and the town council awards which were presented by The Buckingham Civic Society and Mayor Cllr Margaret Gateley.

Hundreds of people attended the event. Entertainment was provided by the Winslow Concert Band and the ever enthusiastic Buckingham Ukulele group.

The council arranged for bouncy castles and food vans to ensure there were plenty of reasons for residents to stay and enjoy the day.

Every organisation provided an activity. The Angling Association held a maggot racing competition.

The Buckingham Society ran a bowling for the pig stall (actually, bowling for butcher’s or supermarket voucher) and the Buckingham Pantomime Group offered pantomime characters in stocks for children to throw wet sponges at.

There were opportunities to splat rats, find treasure and try the lucky dip. There were 24 stalls in all, each of which were busy all day.

Several groups were not able to attend either because they are still regrouping after Covid-19, or some members were Covid-19 positive on the day.

So it is hoped that future events will be bigger and better!

Mayor Making is normally held in the Buckingham Community Centre in the presence of distinguished, invited guests.

This was not possible this year due to Covid-19 restrictions.  So the council decided to hold the event in the open air for the first time at the beginning of the Celebrate Buckingham event.

The mayor, town clerk and mace bearer formally processed the town’s mace across the field to begin proceedings.

Cllr Martin Try explained the history of the elements of the mayor’s regalia.

Cllr Gateley said: “It is a great honour to have been chosen as the 256th mayor of Buckingham. It was wonderful to be part of the amazing celebration on Saturday in Bourton Park, a fantastic setting for the event.

“I was delighted to be able to present awards to some of our community’s outstanding volunteers, who have made such a difference over the last difficult year.

“My thanks go to them, and to all the voluntary groups represented. The day was also enhanced by the music provided by the Winslow Concert Band and Buckingham Ukulele Group.

“Thanks to everyone who came and to the Town Council teams who made all the arrangements.”

The greatest honour the town council can bestow was awarded to Ruth Newell and Christine Strain-Clark, who both stood down as councillors this year, each after more than 20 years’ service.

Both women received a handwritten scroll.

The council periodically make residents Friends of Buckingham in recognition of their service to the town.

Recipients this year were:

Mrs Stockill was at pains to point out the work done by all the food bank volunteers, especially during lockdown.

Lace Hill Residents Association – for the creation of the Lace Hill Snake.

Buckingham Rotary Club and all the volunteers that supported the flu and Covid-19 programmes.

Stowe Sub Aqua Club for their continued support of the two annual river rinses, where for years club members have donned their protective clothing and walked the length of the town’s rivers, often on cold October mornings.

The club have pulled out a range of items over the years, some of which have been presented to the Old Gaol museum.

Awarded for the first time this year, the award was presented to Sulayman for his exemplary and inspirational creation and management of the Buckingham Free Meals Project.