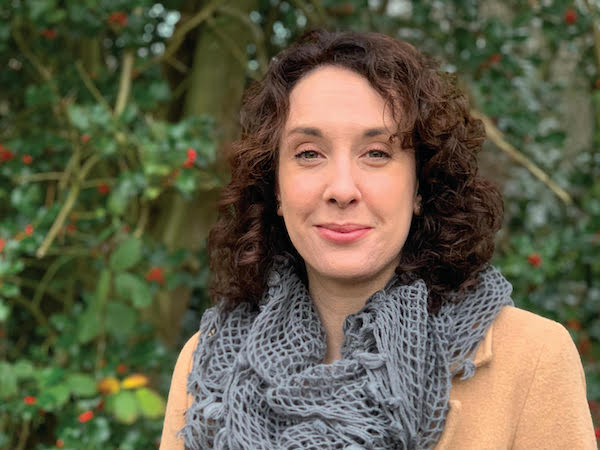 In this article, we speak to Daniela Parker, standing for the Liberal Democrats in Weaver Vale.

I have spent my career supporting vulnerable people and advocating on their behalf, working with them to achieve their goals and to find them the specialist support and advice that they need.

I believe I can support people across Weaver Vale in a similar way. I like so many others have seen the problems faced by people in this country and I want to stand up and try to make a positive difference.

I am proud of the Liberal Democrat manifesto and what it promises for our country. I am determined to stand up for liberal values and to also stand up for those individuals in Weaver Vale who voted to remain in the European Union and continue to want to remain.

This is a divisive issue nationally but I believe that ‘remainers’ deserve their voice and opinion to be heard.

One of my main concerns is around infrastructure in the area. Whilst we need housing in the constituency, especially affordable homes, it seems to be being built with little to no consideration of the impact on GPs surgeries, roads, schools etc.

It can take three weeks to see a  GP, which in turn puts pressure on our local hospitals.

Winnington Bridge is a good example of the pressure on our local roads, this is a nightmare for commuters at rush hour.

At a time when we are starting, as a country, to look more seriously at the climate emergency we should be encouraging people to use public transport but buses routes are being cut, the trains in Manchester and Chester from Northwich are unreliable, uncomfortable and expensive.

We urgently need to be looking at public transport across the region and making improvements.

Where do we even start? There are so many issues in so many different areas that are having a hugely negative impact on peoples lives.

From the problems with Universal Credit, to in-work poverty, the Climate Emergency, underfunding in our schools, and of course the well documented problems in the NHS.

I would definitely want to work for improved and ring fenced funding for the NHS and social care, at all levels of patient access.

Ensuring modernisation of buildings and facilities that require it as well as sufficient staffing levels.

There is a lot about the Liberal Democrat manifesto that I am proud of, including our ambitious Environmental policies.

But I think the thing that makes me most proud is a report by the Resolution Foundation which found that Lib Dem policies would mean 600,000 fewer children in poverty by 2023-24.

That is what I became involved in politics for, to make that sort of a positive difference to people’s lives.

The manifesto promise that I would like to discuss further with the Liberal Democrats is HS2.

I think that the priority of this over HS3 is wrong, and that we should be prioritising improving the transport links in the North before we start creating faster links to London.

I am the daughter of a British mother and an Italian father. I grew up in Cheshire and now live in Northwich with my husband and young daughter.

I worked for 14 years in rehabilitative services in prisons. I am now the area manager for a National charity that supports victims and witness of crime.

When I am not at work I can mostly be found with my family walking or in the park. I like to unwind through reading, I enjoy thrillers and crime stories like John Grisham, and also the ‘Why Mummy’ books by Gill Sims.