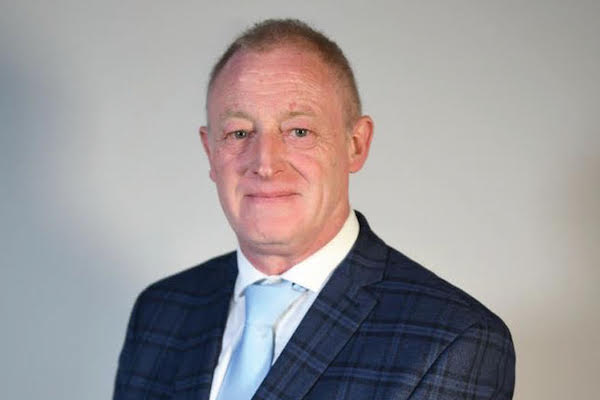 In this article, we speak to Andy Argyle, standing for The Brexit Party in Chester.

I had no career plan to go into politics, that’s for sure.

I was born in Chester and graves of my family are seen in the city going back to the late 1800s I have always felt life is as much about what you can put in as what you take out.

From a very young age I took a great interest in people and their wellbeing, serving lunches to elderly residents at St Mary’s Church Hall in Handbridge in my own dinner hour at Queen’s Park High School.

I was very active in Scouts and ran the 18th Chester Venture Scout Unit (Explorers now) for a number of years.

I was very involved in the success of the 18th Chester Scout Band helping to take them to British Champions and performing at Wembley, The Royal Albert Hall and many others as well as local fetes etc.

I then left that group to start up Ghost Drum and Bugle Corps so that this great form of musical expression could be open to a wider demographic.

I have fought racism all my life, and been supportive of the LGBT+ community. One of my strongest ambitions is to rid society of bullying in all its forms.

Having been a victim of this myself I know how worthless it can make you feel and how hard it is to share the problem, even with your closest friends and family, as you are shamed into silence.

I have also been active in raising awareness of the dangers of hard drugs and have for four of the last five years slept rough once a year to raise money for and awareness of the problems faced by the homeless.

This is such a hard question as there is so much to do and so many opportunities I feel have been missed in the city.

— I would like to ensure our NHS locally is fit for purpose and I would fight for it to get the funding it needs.

I have a family member alive today solely because of the great work of the NHS, and many family members whose final days were spent in exceptionally good hands of very caring NHS staff.

— I would aim to get Chester recognised as a ‘City of Culture’, for all the richness this would bring to the city as well as the boost it would give to both Chester as a city and in particular its tourism and leisure industries.

— I would like to address the homelessness we see in and around Chester and tackle the complex problems that lead to it in the first place whilst also focusing on ensuring Chester is a safe place to live, work and play.

There are so many areas I would stand for in a national capacity.

Our contract with the people sets out many of these key areas and I have highlighted just a few below.

I would encourage any reader to visit my website as I have short videos outlining some local ideas and issues as well as our full contract with the people.

The whole political system is broken and when we all wake up on 13th December it is likely if not certain that the government of the day will have been elected by far less than 50% of the voters.

This excludes and disenfranchises voters. Every vote MUST count as it did in the recent European Parliament elections.

I am most proud of the diversity we have brought into politics. We have the widest range of candidates of any political party in this our current political landscape.

From all backgrounds, demographics,  religions, sexuality, careers and political tendencies.

I find it truly astonishing that we have been so successful in bringing key figures from the left and right of politics into the party.

This is important when we hold policy discussions as we get a broad range of ideas and contributions. It is also great that are policies are directly fed in by the public.

I have a more detailed biography on my website (shown below).

I am 55 years old and was born in Chester all my life. I was educated locally and started my career as a joiner.

I am now co-director of my own business, which I run with my brother.

Our family has always been very active in the community. Notably my grandfather was chairman of Chester Football Club.

I have continued with an interest in this city and have worked actively to support young people, fight hard drugs and raise awareness of the dangers of these, I stand against all forms of racism, bullying, intimidation and intolerance and have long supported the LGBT+ community.

I have pledged, in writing, that 50% of my salary as an MP will go directly to local charities.

I am entering this race because I want to serve the people of Chester, and with NO political ambition or career path.

I am in it for what I can do for Chester not what I can get out of the role.

I have an old 1970 camper van and love family weekends away.