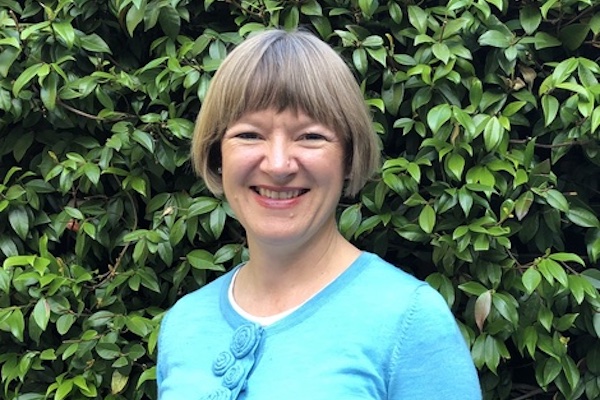 In this article, we speak to Alison Rodwell, standing for the Conservatives in Ellesmere Port and Neston.

The people of Ellesmere Port and Neston deserve an MP who will listen to them.

58% of people here voted to leave the EU, but Labour have their fingers in their ears and refuse to accept that democratic vote.

So, first of all, I’m standing in this election to get Brexit done. But I didn’t get into politics because of Brexit; I got into politics to help other people and make a real difference.

I’m a wife, a mum, a trained scientist and a businessperson and I’ll use all my real life experience to stand up for our community in parliament.

Once we’ve got Brexit done, I want to put the families and communities of Ellesmere Port and Neston at the heart of my agenda as your MP.

I will champion policies that strengthen families and communities whether that is making the tax system fairer for those caring for the young and the elderly, or ensuring our high streets adapt for the future.

I will also fight for good quality housing, transport and jobs across the area so Ellesmere Port and Neston remains a great place to live, work and raise a family.

If I’m elected on 12th December here are my first four priorities:

(1) Get Brexit done and take our country forward. We need to put the divisions of the past behind us and leave the European Union.

(4) Secure more money for every child in every school in Ellesmere Port and Neston.

They are my clear pledges that I will deliver for you and be accountable to at the next election.

I’m confident that we’ve got the best leader – Boris Johnson over Jeremy Corbyn.

I’m confident that we’ve got the best Brexit policy – a deal we can deliver immediately rather than more dither, delay and a second referendum with Labour.

And I’m confident that we have got the right priorities: the NHS, schools and the police.

I’ve been out on the doorsteps speaking to local residents and I’ve been really encouraged by the number of people backing my plan and pledging to vote Conservative on 12th December.

I am a member of the Conservative Environment Network and am personally committed to championing the environment.

As Conservatives, we have always cared deeply about our environment. It was under our party that the UK became one of the first countries to call for global action on climate change and, since then, we’ve taken a leading role on the world stage.

It was under the Conservatives that the UK became the first advanced economy to legislate for net zero emissions by 2050.

We have already reduced emissions by a quarter since 2010 and boosted renewables to record levels.

But we know we have more to do and I will put climate change at the heart of the Conservative agenda.

I am a mother of two who originally trained as a scientist and had my first job at the Thornton Research Centre near Stanlow.

I then trained as an accountant, worked in business and helped found a company enabling high street retailers to deliver on their promises to protect the environment.

This involved uniting business, charities and local communities around a common cause, an approach I will continue to take in parliament.

I enjoy being outdoors exploring with my family and you’ll even catch me ballroom dancing.