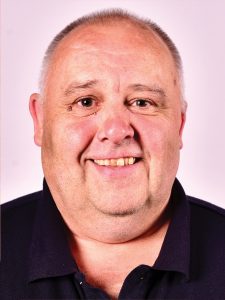 Cheshire West and Chester Council is paying tribute to a ‘kind, generous and big-hearted’ councillor who passed away on Saturday (25th April).

Cllr Andy Williams was first elected to the council in 2011, representing the Neston ward.

“Our wards were next to each other and we campaigned together on many local issues.”

Cllr Gittins added: “Andy was a kind, generous and big hearted man, he was loyal and dedicated to the community he served and passionate about improving the lives of others.

“He was a popular member of the Labour group on Cheshire West and Chester Council and he played an active role leading key committees.

“Andy was also chair of the local Labour Party Neston branch and a committed socialist and trade unionist.”

During his time as a councillor, Cllr Williams was chairman of the Neston S106 steering group, where he ensured that money given to the community through the planning process for infrastructure improvements was spent in collaboration with key stakeholders to improve the environment.

He was keen to see investment in the town, championed the refurbishment of the Brio leisure centre and was also key to the delivery of significant improvements to Sytchcroft Park, which brought life to a tired open space in the heart of Neston.

He was a strong and passionate voice for the residents of the Ringway estate and an advocate for the businesses in Neston, particularly those on the Clayhill estate.

Cllr Williams, also honorary secretary of Neston Female Society, was a dedicated ward member who had the best interests of his residents at the heart of everything he did.

Cllr Gittins said: “As a friend and colleague I’ll miss his loyalty, honesty and the ability to see good in everything.

“My Saturday surgeries in Neston Town Hall won’t be the same again.”