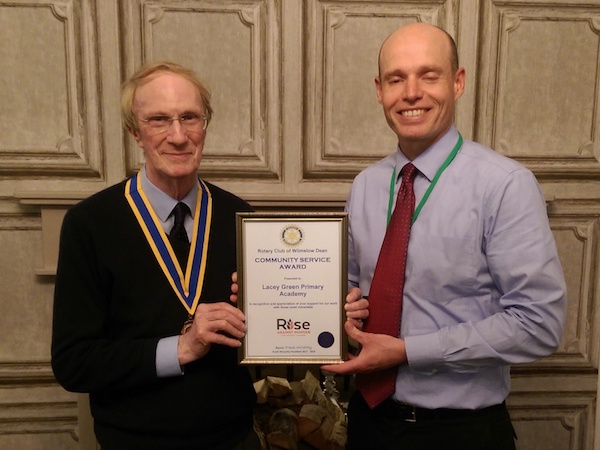 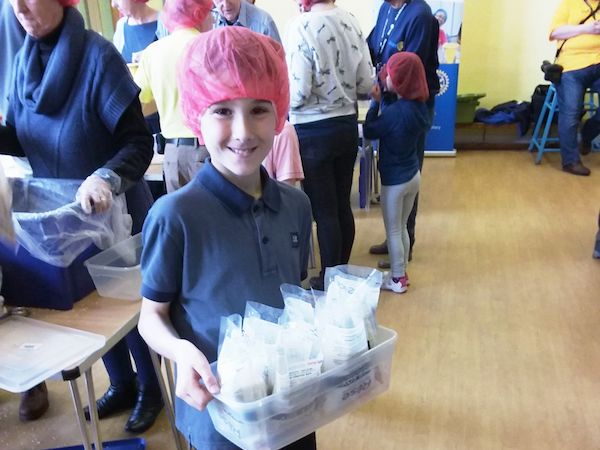 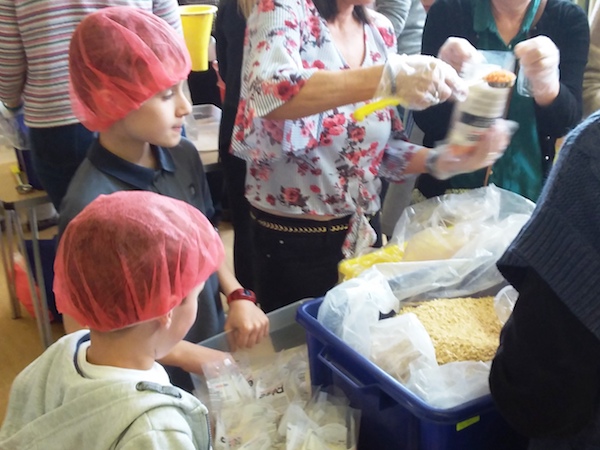 The event was supported by 138 enthusiastic volunteers – aged from 4 years to 94 years – who between them managed to pack a staggering 20,000 meals.

That’s around 1.4 tonnes of ingredients, in just over 3 hours (during two shifts).

Prior to the event, Lacey Green Academy organised a sponsored dodgeball competition which raised a fantastic £3,500 for the cause. This paid for 12,000 meals and was acknowledged with a Rotary Community Service Award.

From an early start the night before, production lines were set up with ingredients (which have a shelf life of 2-years and contain dried rice, soya, dehydrated vegetables and 23 essential vitamins and minerals.)

The lines were prepared with filling tubes, bags and weighing scales as well as the transport boxes required for the onward journey.

The packed boxes will now go to areas across the world suffering from droughts and floods as well as conflict zones. They’ll be delivered through a network of in-country partners to address need when and where they are most required.

From its inception in 2005 the organisation Rise Against Hunger has had a global reach across 74 countries to support school feeding programmes in developing countries and Rotary International is proud to support the initiative.

Rotary Club vice president Carol Parry said: “This was our first attempt in support of such a great cause and it turned out to be a real fun event for all who participated.

“Once the production lines had got into their stride they were buzzing with enthusiasm and chat which made the time fly by.

“Our thanks to all who took part and we hope to have another event next year – who knows we may even beat our own record next time.”