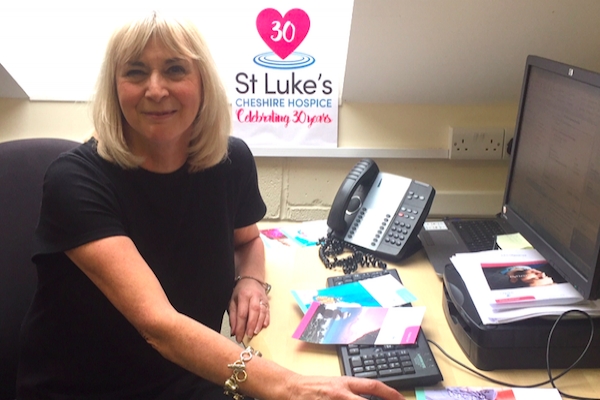 This year St Luke’s Hospice is celebrating its 30th anniversary.

The Winsford-based charity, which was officially opened by Prince Charles and Princess Diana in 1988, supports around 150 people each week through a variety of care and support services.

As well as the specialist care on St Luke’s Inpatient Unit, which supports people approaching the end of their life, the hospice also offers a range of services for people from the moment they are diagnosed right through to supporting families following bereavement.

After years of hard work and dedication from its founding members, St Luke’s officially opened to patients on 7th March 1988.

Today fundraising is more important than ever because almost 85% of care costs are raised in this way, so the support of the local community is absolutely essential.

Throughout 2018, the team at St Luke’s is encouraging the people of Cheshire to get behind their fundraising and help celebrate the charity’s anniversary by taking part in a fundraising event or by organising a fundraiser in their community.

St Luke’s interim chief executive, Vickie Morrey commented: “We bring such a positive experience to people’s lives at St Luke’s and we are very much looking forward to continuing to care in this way for many more years to come.

“Fundraising activities and events in the community play an enormous role in the day to day running of the hospice, so I really want to encourage everyone to join in and be part of such an exciting year for us.

“More than anything I’m really hoping that local people will get behind St Luke’s as they did 30 years ago and help to make this year a real celebration!”

There are lots of ways to get involved, at a time to suit, from organising a red-themed dress down day for Valentine’s Day to raising £30 in 30 days, or taking part in the family friendly Bubble Rush to taking on a real challenge with the Great Wall of China Trek.

The fundraising team insists there is something for everyone!

The Hospice is also keen to hear from members of the public who have memories of St Luke’s throughout its history – perhaps from the days before the hospice was opened, when fundraising efforts were based in an office above the butchers in Middlewich.

You can also email enquiries@stlukes-hospice.co.uk with your memories.