“Rosie’s Ride” to conclude in Knutsford 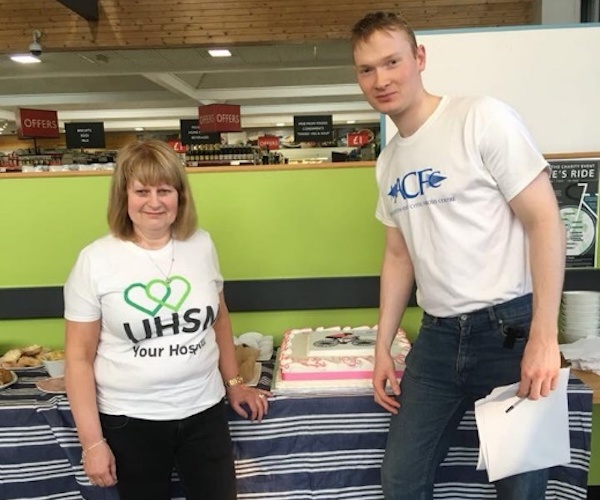 Aldene Fort and Tommy Perkins, who work at the Booths store in Carnforth, are cycling over 136 miles in memory of their colleague Rosie Neath who sadly lost her battle with cystic fibrosis in October 2017.

The pair set off on Monday 7th May and will complete their ride today (Friday 11th May) taking in a route from Booths’ most northern store (Keswick) to its most southern (Knutsford).

In just one month, the pair have raised in excess of their £1,000 target for the adult cystic fibrosis ward at Wythenshawe Hospital.

Aldene said: “I’m inspired by the sheer courage and determination of Rosie and her family.

“This cycle ride will be a way of saying thank you to the incredible team at the adult cystic fibrosis ward who did everything they could to help her, I feel this is my chance to help give someone the same support.”

Andrew Allison, Carnforth store manager, said: “Aldene and Tommy have raised an incredible amount of money in just a short space of time for such a great cause.

“They’ve shown sheer determination in the run up to this ride and their fundraising efforts will be helping so many others who have Cystic Fibrosis. We’re all very proud of them here at Booths.”

To further support Aldene and Tommy on their ride, Booths head office staff held raffles and dress down days to bring in additional funds for the cause.