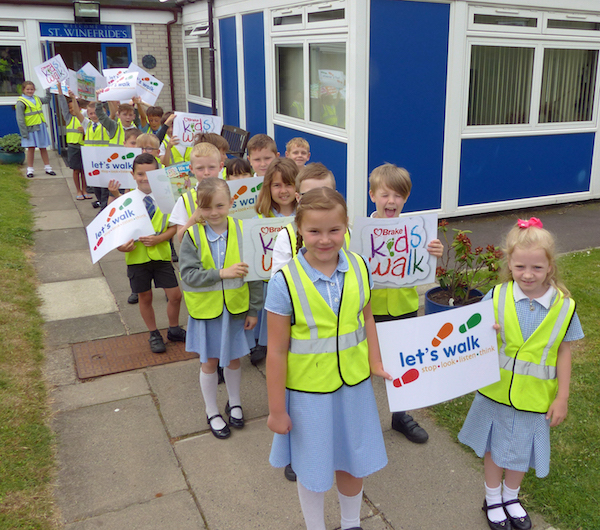 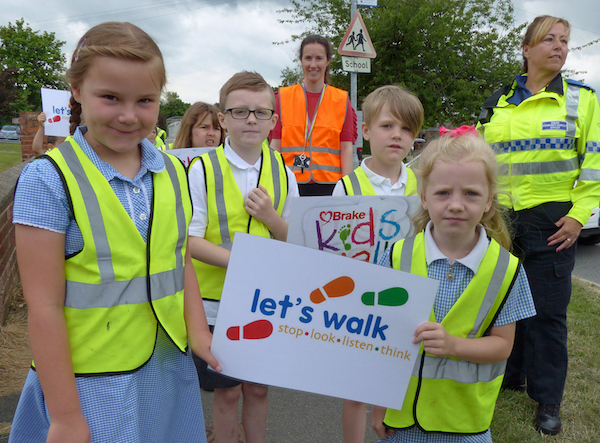 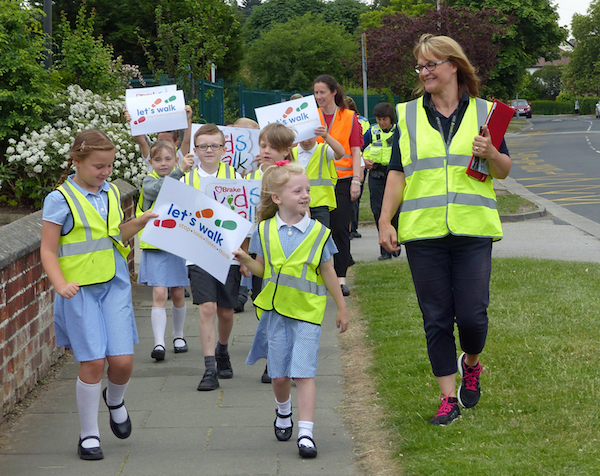 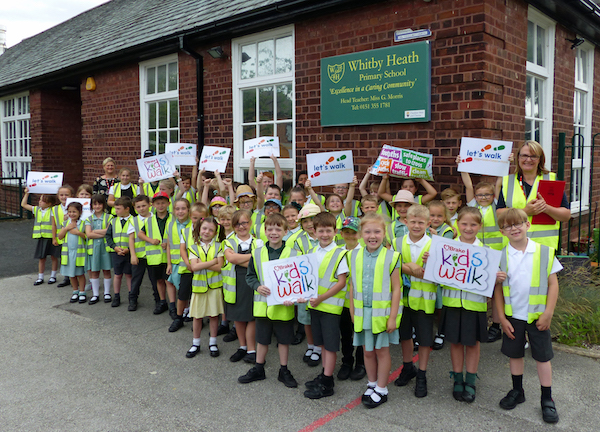 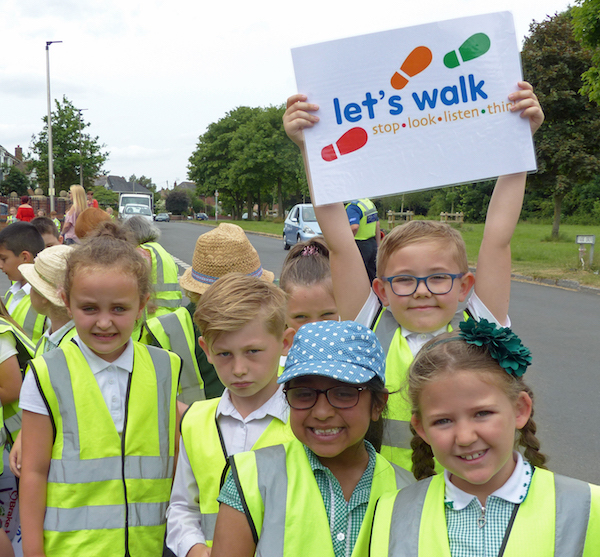 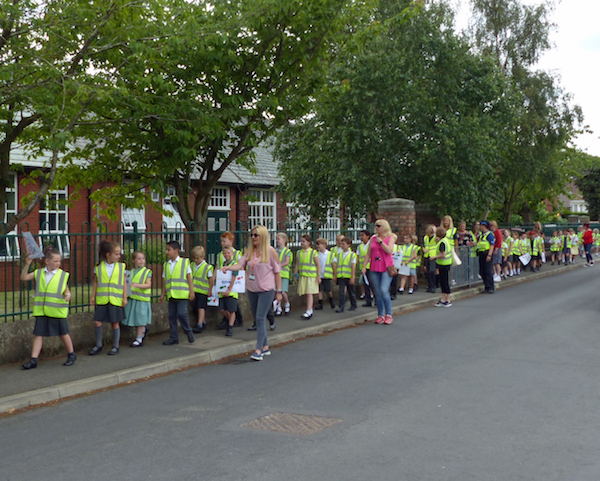 Children aged between 4 and 11 years put their best foot forward to promote road safety and the health and planet-saving benefits of walking.

Short supervised walks were organised around the schools with children walking in a crocodile formation, holding hands, to promote the importance of children being able to walk without fear or threat from traffic.

Cheshire West and Chester Council’s road safety officers and Cheshire Police PCSOs worked with children to promote the benefits of walking and to raise awareness about the dangers posed from traffic and pollution from vehicles.

Karen added: “Each day five children will be killed or seriously injured on UK roads.

“Before, during and after the walk road safety professionals took the opportunity to give the children simple road safety advice.

“The advice included following the Green Cross Code – Stop, Look, Listen and Think – before they cross, using a safer crossing place and wearing a cycle helmet when riding their bikes or scooting.

“Amongst many other helpful hints and tips to keep themselves safer on the roads was making sure they avoid using their mobile phones when they need to give the road their full attention.”

The council’s Low Emission Strategy, to tackle air pollution in the borough, is currently being finalised following a recent public consultation and will be unveiled in the autumn.