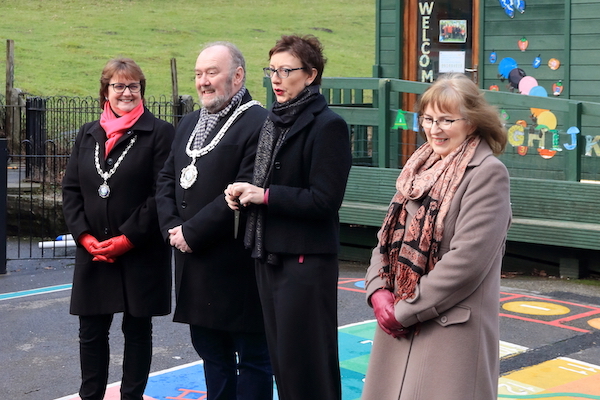 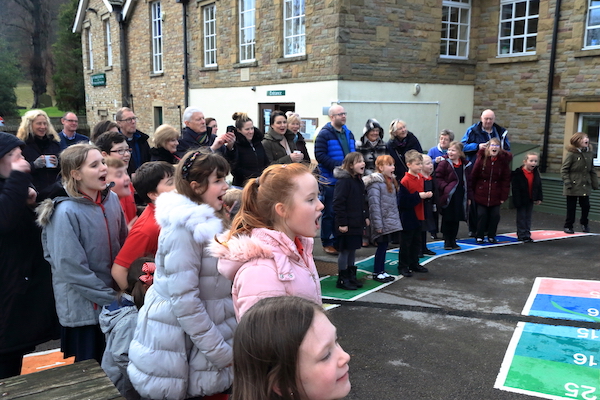 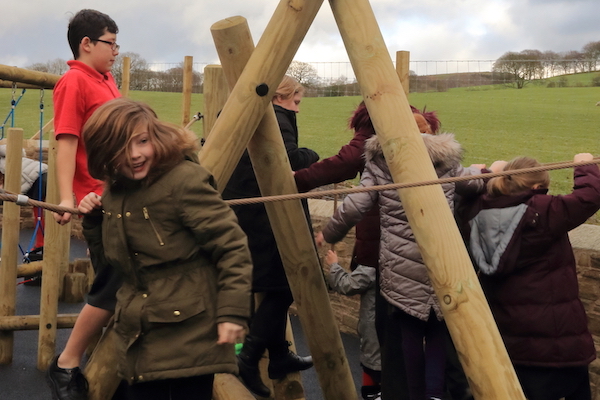 Children from across the school’s year groups descended upon the new equipment as soon as the ribbon was cut, and declared it “awesome!”

They equipment comprises a climbing wall as well as free climbing / swing zones.

“It’s set to provide a real area of interest and self-entertainment for the children in all weathers.

“The children have enjoyed watching the building works progress but we’re all thrilled that it’s finally open for play.”