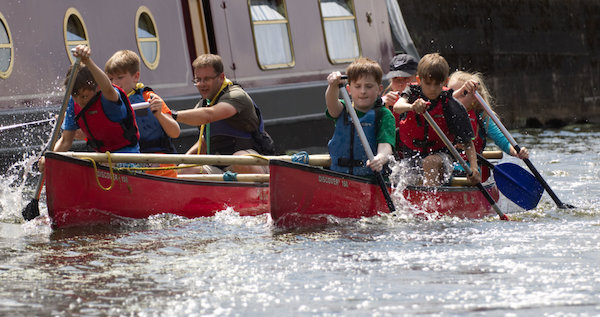 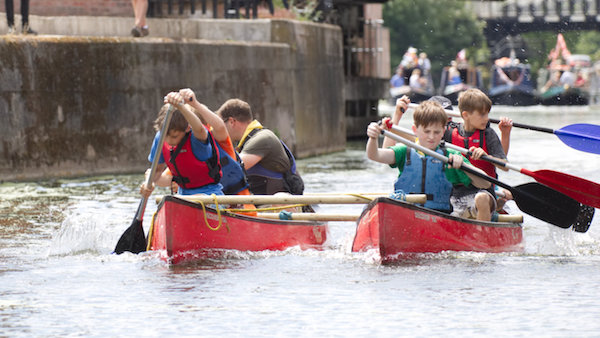 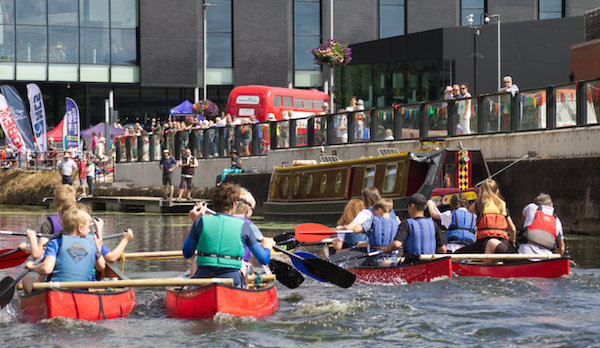 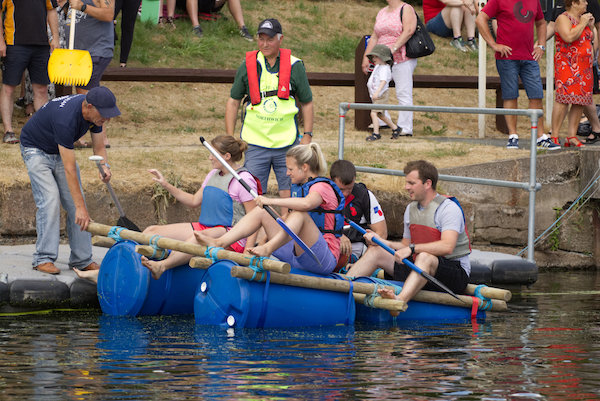 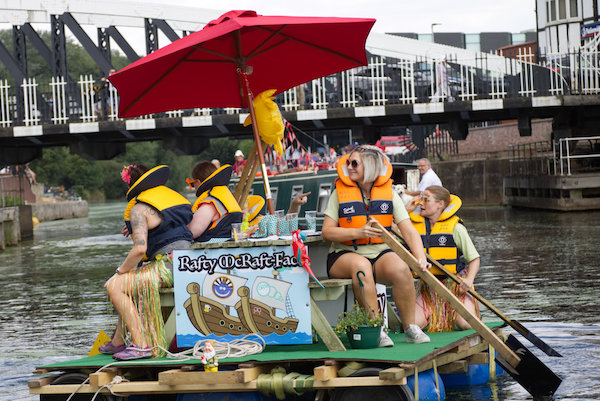 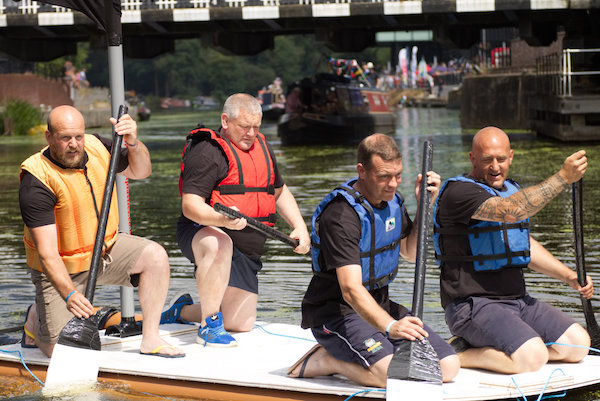 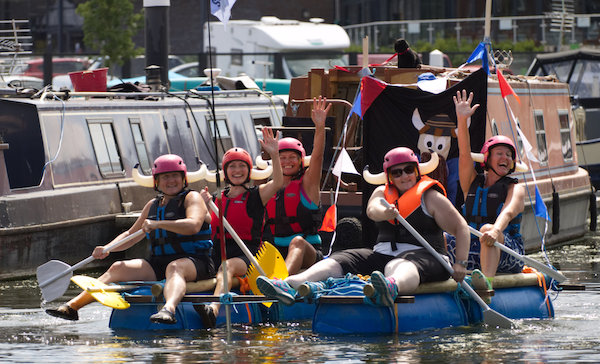 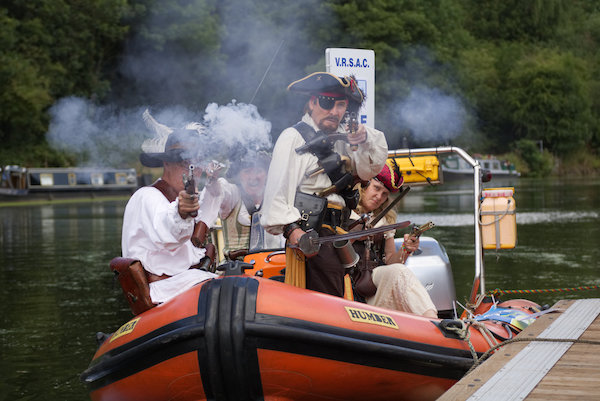 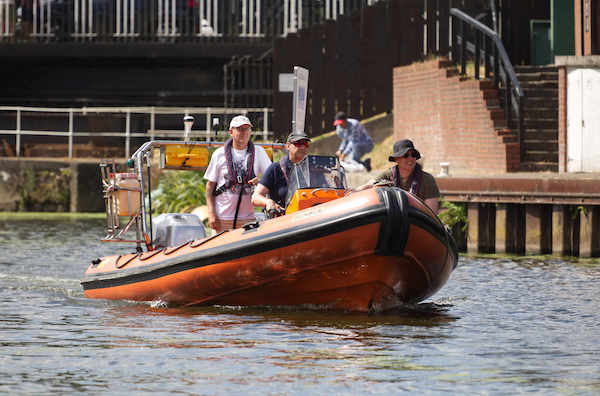 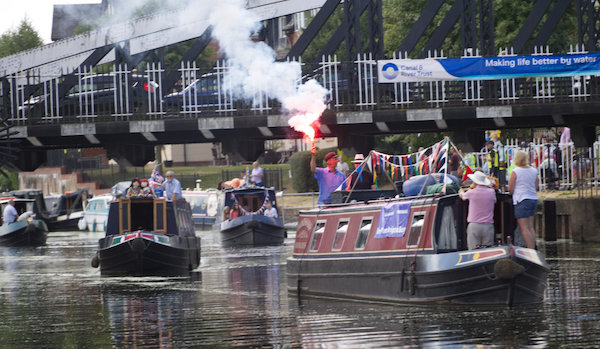 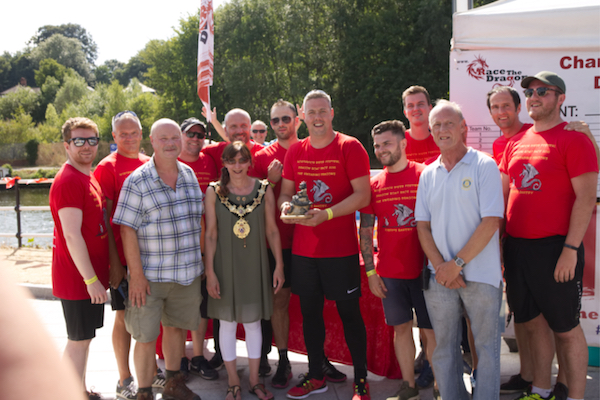 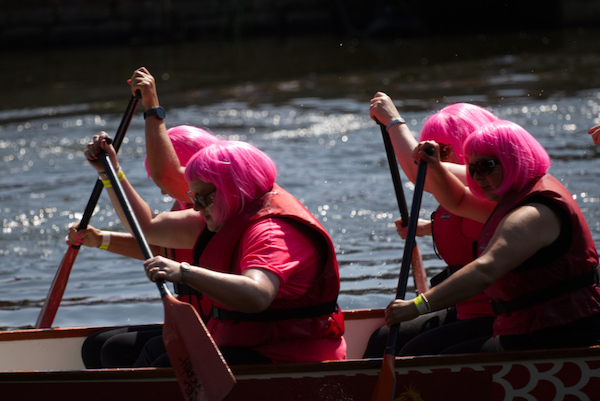 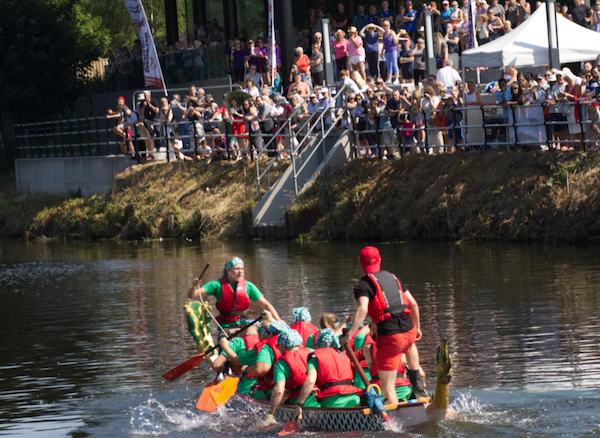 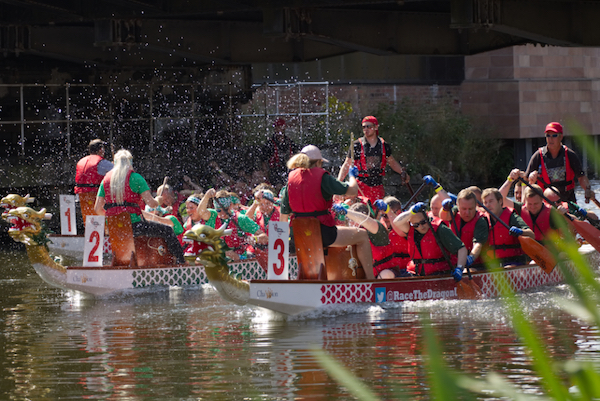 Northwich River Festival returns to the banks of the River Weaver this weekend (9th-10th July) and it brings with it a brand new race.

The event, which is organised annually by Northwich Rotary, will include a pedalo challenge this year.

Teams are now being invited to enter for the pedalo challenge – and it will then take place on the afternoon of Sunday 10th July.

The race is aimed at smaller groups such as small businesses, families and groups of friends.

The races will feature heats between the pedalo teams, which can consist of 2-4 crew members (two peddling and two using the supplied paddles), as they navigate a circular course on the River Weaver next to The Odeon.

The ultimate winners will be decided in a grand final between the top three teams.

Entry costs £10 per team, and teams will be asked to seek sponsorship – with everything raised going to the festival’s nominated charities (Down Syndrome Cheshire and the Cheshire West and Chester branch of The National Autistic Society) as well as the other good causes supported by Northwich Rotary.

Rotarian Jim Mole, who is overseeing this part of the event, said: “We realised that not everyone is able to raise a team large enough for the dragon boat racing, so we decided to offer this as an alternative.

“I think it’s going to be great fun, and I urge teams to get their applications in as soon as possible.”

Of course, the ever-popular River Weaver Dragon Boat Challenge will be making a splash on Saturday 9th July.

Anyone who wants to take part in the dragon boat race without a full team, can apply to be part of a “scratch” team, thanks to Northwich Town Council and Northwich BID.

Northwich River Festival has become a firm favourite in the town’s event calendar, and as well as the river races, there is plenty to entertain visitors of all ages across the weekend.

Committee chair John Walton said, “I am both amazed and delighted at how the festival has captured the hearts of people – not just from Northwich, but from much further afield, and I thank all those who give their time and work so hard to make the event the success that it is.”

What else is on…

For visitors who want to take a more leisurely view of the river, Wirral Community Narrowboat Trust will be offering trips on its wheelchair-accessible vessel, Over The Rainbow.

Mid Cheshire Stand-Up Paddleboarders will be in attendance to offer taster sessions.

The Canal and River Trust will also have a presence, offering canoeing and fishing sessions.

On dry land, attractions include food, drink, trade, and charity stalls all weekend, as well as the Saturday artisan market.

There will be a children’s fairground, displays, street theatre and circus performers, with Radio Northwich providing summer tunes to keep the feel-good atmosphere flowing.

The more musical visitor should look out the Northwich Rotary community piano, which will be sited near to Wildwood Restaurant.

The event will draw to a close later on Sunday afternoon with the famous ducks on the Dane Charity Duck Race.

Northwich River Festival is organised by Rotary in Northwich and Rotaract volunteers, with the support of its sponsors and The Canal and River Trust, Barons Quay, Northwich Town Council, Radio Northwich, The River Weaver Navigation Society, Northwich BID and Cheshire West and Chester Council.

It attracts around 20,000 visitors across the weekend, and helps raise thousands of pounds for good causes.

The nominated beneficiaries for 2022 are Down Syndrome Cheshire and The Cheshire West and Chester branch of The National Autistic Society.

For more details, to enter a team, book a stall, advertise or to buy duck race tickets, visit: northwichriverfestival.org.uk 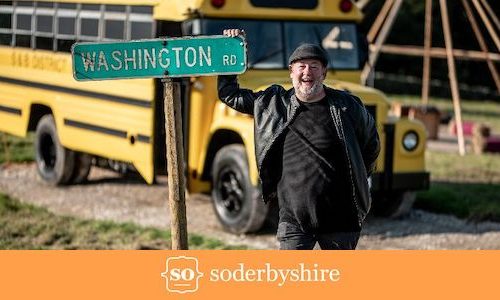