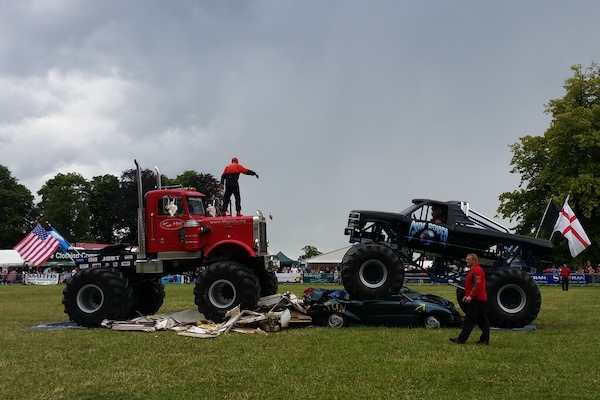 Organisers of The Royal Cheshire County Show have announced that monster trucks are to be one of this year’s main ring attractions.

The Cheshire Agricultural Society has been hard at work planning the 2019 Royal Cheshire County Show, and is delighted to be welcoming ‘Big Pete’ and ‘Grim Reaper’ monster truck team.

Weighing in at 7.5 tons, these awesome machines are built for one reason only – mass destruction!

Big Pete is one of Europe’s largest monster trucks, with a full-size American truck body, and is now partnered by the Grim Reaper.

This year’s show will offer the chance to watch two real monster trucks at work – jumping over cars and crushing caravans! 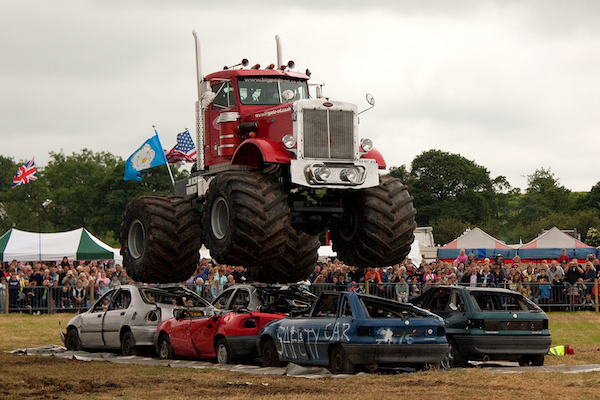 Jumping 4.5m in the air provides an impressive sight for any event, and these monster trucks will crush anything in their path.

The two monster trucks will work alongside one another in a tug of war and pull a car or a caravan in tow – set to be a big favourite with the audience.

It is an action-packed performance, with amusing and entertaining radio commentary by the driver throughout the display.

Between displays, the public will be invited to meet the team in the holding area and there will be an opportunity to have photos taken with the monster trucks. 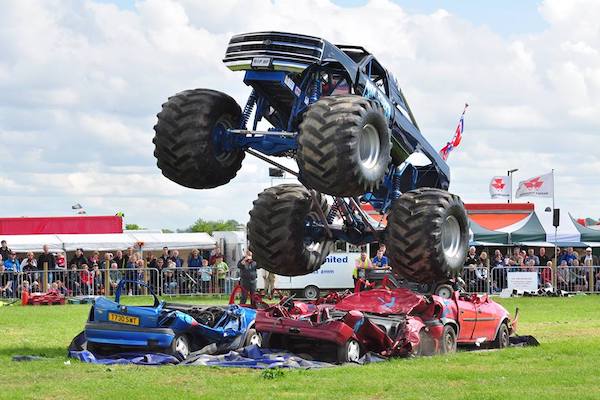 Cheshire Show director, Rob Davenport commented: “We are excited to have Monster Trucks performing in the main ring this year.

“We are eagerly awaiting to see their action-packed performance which will thrill an audience of all ages.”

The Royal Cheshire County Show is the premier summertime agricultural event in the North West.

In 2016 it reached an exciting milestone when the honour of ‘Royal’ status was bestowed upon it by the Cabinet Office.