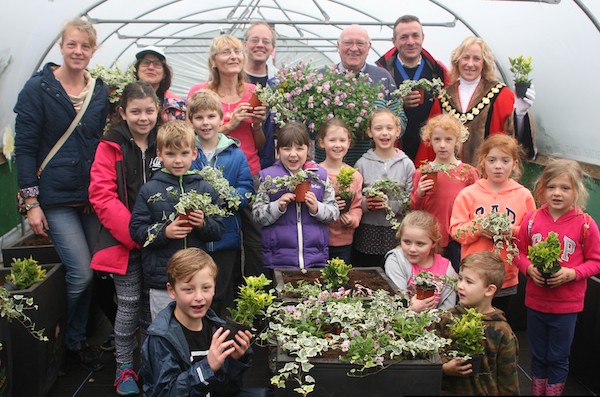 Congleton in Bloom received gold across all categories, and came ‘within a whisker’ of being the overall group champions, at the 2018 national finals of the Britain in Bloom competition.

Five members of the Congleton In Bloom team went to the prestigious national finals – held in Belfast on Friday 19th October – and to the feedback session with national judges on Saturday 20th October.

The judges were full of praise for Congleton, giving it gold in all three categories: horticultural achievement, environmental responsibility and community participation.

They complimented the town on its passion for the In Bloom initiative.

This is the first time Congleton has received gold at a national level across all three groups.

The town was also awarded a top three place – from a group of 76 finalists – for involving children and young people. 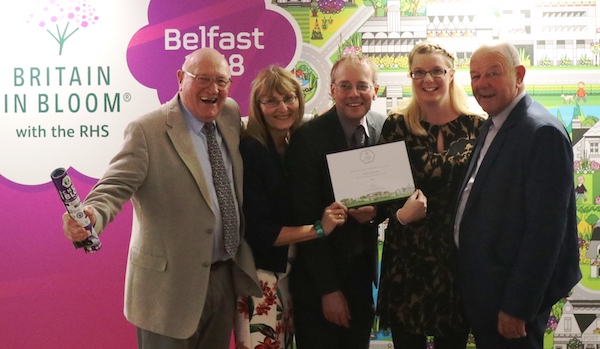 “We have received gold on the national stage three times in five years. That is remarkable!

“To be a whisker away from winning the best large town in the UK category is a huge credit to all those involved.

“As a town we really did pull out all the stops, and despite the scorching summer and being just days away from a hosepipe ban, we managed to keep all the plants alive and we received some great compliments from visitors and residents for the parks, roundabouts, hanging baskets and troughs.”

Cllr Brown added: “As always, it’s been a huge community effort and the town has benefited from looking magnificent.

“We have represented the North West in the national finals three times in the past five years and have really established Congleton’s place as a top In Bloom town.

“I would like to thank everyone that worked so hard to achieve this award for Congleton and to all the businesses and individuals that supported the campaign.

“There will be a celebration and awards ceremony in the Town Hall on Tuesday 13th November to thank all of those involved.”

Congleton will find out the results of this year’s regional competition on Friday 2nd November and the Cheshire Community Pride Awards on the 1st November.

The nine ‘Its Your Neighbourhood’ results will also be announced on 1st November..

Congleton represented the North West in the highly competitive large town category, which is open to towns with a population of 12,001 to 35,000.

The town will not be able to enter the national finals in 2019, regardless of the results of the regional competition.