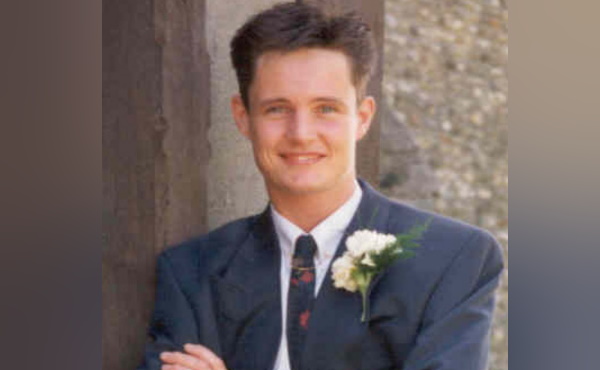 The 50-year-old suspect arrested today has been released on bail.

The man, who was arrested in Cheshire, has been bailed until 12th April while detectives continue their enquiries.

Police investigating the rape and murder of Stuart Lubbock have arrested a 50-year-old man in Cheshire.

Mr Lubbock had been attending a party with eight other people at the home of tv personality Michael Barrymore, 68, in March 2001.

According to police, he was found unconscious in Mr Barrymore’s swimming pool. He was taken to hospital where he later died.

The entertainer was arrested on suspicion of serious sexual assault and murder in June 2007, but was told in September that year that he would not face charges.

In a statement, Essex Police said: “Detectives have today, Wednesday 17th March, arrested a 50-year-old man in connection with the indecent assault and murder of Stuart Lubbock.

“The man, who was arrested in Cheshire, remains in custody where he continues to be questioned.”

A September 2002 inquest found that Mr Lubbock had cocaine and ecstasy in his system, and had drunk the equivalent of nine pints of beer on the night he died.

The arrest comes after significant new information came to light following a renewed appeal for information and the offer of an enhanced reward which coincided with a major TV documentary broadcast in February 2020.

Over the coming days, Essex Police will be contacting all of those who were at the party as well as others who may have information.

“Stuart’s rape and murder has been an extremely lengthy and complex investigation which has spanned over 20 years and remains ongoing,” said an Essex Police spokesperson.

“We have never given up on finding out exactly what happened to Stuart, and we will not stop in our pursuit of justice for him and for his family and friends.”