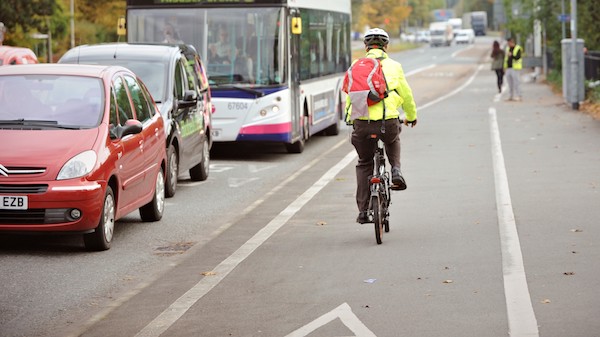 The next stage of Cheshire East Council’s active travel schemes is set to press ahead.

The plans are not fully funded yet — meaning work will not begin on the projects until money is found — but the documents will play a pivotal role in the future of cycling provision, CEC says.

A pre-meeting report said: “The adoption of the LCWIPs will provide a strategic approach to the Council’s investment in walking and cycling infrastructure from both internal budgets and external funding sources.

“The Department for Transport has noted that LCWIPs are not mandatory documents but that local authorities who have plans will be well placed to make the case for future investment.

“Therefore, not developing LCWIPs would likely result in avoidable constraints for securing external funding. Additionally, failure to develop a strategic network plan may lead to future investment being uncoordinated and poorly integrated.”

It added that the funding to construct the infrastructure schemes would be drawn from existing council budgets, ‘and external sources such as Department for Transport specific grants or developer contributions’.

The plans indicate a raft of changes to road usage across the four towns.

In Congleton, a new segregated roundabout could be built on Rood Hill, and a shared ‘informal street’ scheme would be installed on West Street, near the town centre.

Further north, in Wilmslow, advisory cycle lanes on Manchester Road would be upgraded, and Macclesfield would see north-south connectivity improve with traffic calming.

The largest changes are set for Crewe, which would see a new route to Leighton Hospital, a low traffic neighbourhood, and a town centre loop implemented.

CEC Cabinet will discuss the plans in a virtual meeting at 1pm on Tuesday 9th March.

You can view the plans online: