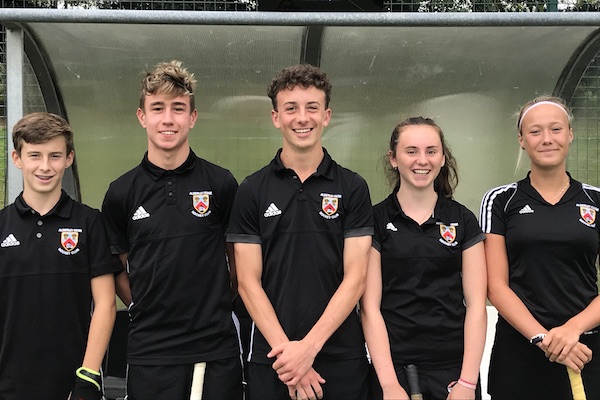 With the start of the 2018/2019 hockey season just around the corner, some of Alderley Edge Hockey Club’s youth players have been rewarded with selection for two prestigious England Hockey tournaments this month.

Under 18 players Sam Buckingham, Billy Hedley, Liv Moores and Ella Partington will all represent England at the annual School Games at The University of Loughborough.

This tournament sees Great Britain’s best U15 and U17 players from six regions players battle it out for victory, closely watched by the England U16 and U18 selectors.

As the club’s Men’s 1st XI commence their first season playing in the National League and the Ladies’ 1st XI strive to achieve promotion to the same next season,  AEHC also welcomes a new president in the shape of Phil Benton, who takes over from Graham Bryant as he assumes his new role as Men’s 1st team manager.

“I have been involved in hockey for many years, including playing in the National League for seven years,” said Phil.

“I’ve been at AEHC for 17 years and my children now play here too. I have always wanted  to give back to a sport that offers so much.

“In taking on the presidency I want to build on the culture that already exists and continue with the excellent coaching and youth development which lies at the heart of the club and which I hope will see the Ladies’ 1s join the Men’s 1s in achieving National league status next season.”