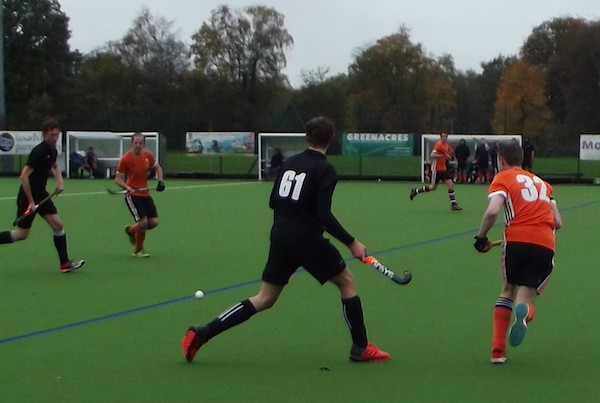 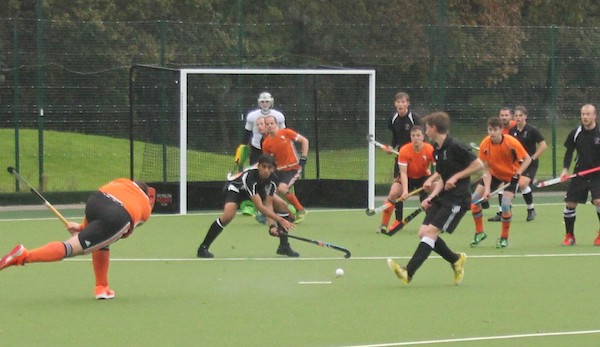 Wilmslow Men’s first team kept their position at the top of North Division One with a rousing 7-0 win at home against Deeside Ramblers.

Both sides started tentatively but it was Wilmslow who grabbed the initiative when Martin Wright slotted home a short corner to give the men in orange a lead which they took into half time at 1-0.

In the second half, Wilmslow turned on the style with six more unanswered goals.

Joe Booth started the second half rout with a powerful reverse stick shot into the corner.

Simon Swatland skilfully lifted the ball over the Deeside keeper to make it 3-0 before Pete Hallinan scored with two clinical finishes to extend the lead to 5.

Jack Wright roofed the sixth goal before Martin Wright completed the scoring with another strike from a short corner.

Stand-in skipper Tom Davenport was man of the match with a dominant midfield performance. The result keeps Wilmslow top of the league with six straight wins to start their season.

A depleted Men’s 2s lost a close encounter with Deeside 3s (3-4) but the 3s had a convincing 5-2 home win against Oxton 3s with James Holah scoring the pick of some fine goals.

The Tangerines are now getting used to their travels and won convincingly on their trip to Yorkshire on Saturday.

Molly Wortley’s shift in defence and midfield earned her ‘man of the match’.

At home the Ladies 2s faced a feisty Triton first team but in the second half ran out comfortable 5-0 winners. Excellent goals from Jenna Mapes and Jenny Nurmi.

The Ladies’ 4s were back to winning ways beating Timperley 5s (4-0).

The 3s and 5s had their matches cancelled due to the weather.