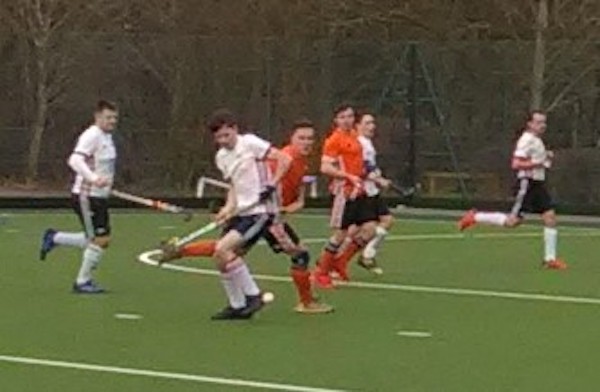 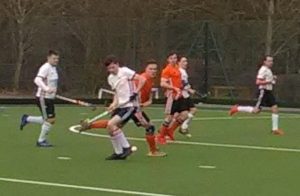 The men in orange started aggressively and pressed Doncaster back into their own 25.

Wilmslow’s pressure was starting to have the desired effect as they repeatedly won the ball in dangerous areas, however they struggled to take their chances and missed multiple good opportunities.

It took 25 minutes for Wilmslow to open the scoring and it was Jack Wright who broke the deadlock with a sharp finish at the near post.

Wilmslow upped their intensity after this and shortly after Wright popped up at the far post for a tap in to double the lead.

Defender Sam Dawson reacted quickly after a short corner broke down to score his first of the season and give Wilmslow a (3-0) lead at half time.

Wilmslow put the result beyond doubt with three more goals in as many second half minutes.

Joe Booth struck a powerful reverse stick shot into the corner after good pressure from the Wilmslow midfield created a turnover, Cam Armstrong finished into the roof of the net from a tight angle, and Pete Hallinan slapped in from a goalmouth scramble.

Hallinan added his second from a penalty stroke after a Doncaster player stopped a goal-bound shot with his foot.

Doncaster finally got a foothold in the game and after five minutes of growing pressure scored a consolation goal with a back post tap in.

There was just time left for Hallinan to complete a second half hat trick to finish the scoring and give Wilmslow a well deserved (8-1) win to keep them in second place in the table.

The Men’s 2s suffered a surprise (2-4) defeat against Neston 3s but all the other mens teams won.

The Men’s 3s had a close (4-3) win against Neston 4s and the Men’s 4s are now beginning to climb up the league table with another win (1-0) against Bowdon 6s.

In very windy conditions in Ilkley Wilmslow were up against it in more ways than one.

The home side put the tangerines under a lot of pressure and in reply the visitors laboured in vain.

Emilie Kelman worked tirelessly in midfield, popping up in defence and attack, and was the day’s ‘man of the match’.

Ben Rhydding were worthy winners but the scoreline deserved to have been closer.

Better luck for the Ladies’ 2s who beat Brooklands 3s (2-1) with goals from Jen Nurmi and Nicole Mellor.